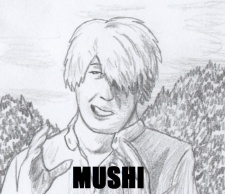 deguy Jun 19, 2011 12:53 PM
There's still time to get your votes in for the Anime Alley Champagne Room club June anime, manga, and character relations poll: http://myanimelist.net/forum/?topicid=300724. There are two tight races in there so every vote counts. :)

Bonham Jan 17, 2011 7:28 PM
I'll check Nadia out eventually. Only thing holding me off is that it apparently has a really shitty stretch in the middle, which is turning me off from buying it.

Bonham Jan 15, 2011 5:18 PM
The pan up at 0:07, reaction shot at 0:17 and disorienting sense of space at 0:21 are Hamazaki through and through. The rest of the promo is weird, though, if only because it's weird to see him directing a show where the character designs are relatively thin; the characters in Texhnolyze and Shigurui have such a weight to them* that distinguished him from so many other anime directors.

*Which is why Mie's starvation in Shigurui is so distinctive.

Might as well start off with the most popular of his work, In the Realm of the Senses. It's far, far from his best films, but still a very good one in its own right. His best work still belongs to the 60s, though; five of his films from that period were released earlier this year.