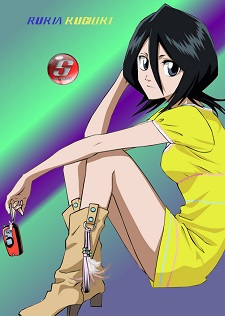 VaneGran 1 hour ago
I also like this weather you wrote)) Thanks, you too enjoy!

VaneGran 2 hours ago
We have often up 27 degrees here! Very hot!

I like to To Your Eternity too! It is so amazing and heartful!

No, I don't watch football, sorry.

Ayato-Hiragi 2 hours ago
Too long
Too lazy

VaneGran 2 hours ago
Great! It is warm here in Moscow. I watch ongoings now, plan to watch Ragnarok. And you?

VaneGran 2 hours ago
I am very sorry again. How are you?))

VaneGran Today, 1:19 AM
Sorry, when checking list of inactive friends earlier I removed you by mistake.

Fatephile Today, 12:08 AM
Yes I get what you're saying.The last movie felt kinda weird for me too, I can't really describe it but it just fell off and didn't feel Fate enough.I still liked it but that bad taste is still there.
For me, in animes my favorite Fate is Apocrypha.Probably.I don't know, I never put much thought into it, but talking about OSTs Fate/Stay Night was the best one.I still get chills when I remember Unmei no Yoru, Kodoku na Junrein and Seihai.Kenji Kawai really blew up with his OST talent!
From games, I liked Fate/Hollow Ataraxia the most.It had nice OSTs such as Reunion, False Transmigration of the Soul, Back to the Night, Karen's theme, Stranger, and of course the legendary opening!

Would've been a masterpiece if Nasu hadn't added that...nevermind

hmm ok I'll keep that one in mind.I'll definitely check it our one day when I get the change.

I've been fine. The quarantine is getting really boring but fortunately I haven't reached the mental breakdown peak yet.I kinda am afraid of something, that my English is getting worse and worse by day.My English class ended years ago and my only practice is the internet and forums.You might've noticed too that compared to the first time we chatted, my texts have gotten wordy and filled with mistakes and bad sentence structure
Oh and the speaking is at it's peek worst, I can no longer even hide my accent and have forgotten how to make some sounds
Well as you see I've been watching the spider isekai, my hero academy and also have Nagatoro ready for when I get the chance.
It is an interesting season for anime but let's be honest nothing can reach the previous one where we got Slime season 2, ReZero s2p2, Dr.Stone s2 and SnK final season! Truly a heavenly season.
Well for the next season we also have Jahy sama and Slime s2p2 and Kobayashi san s2 so that's a win I guess. Still, I don't know why something feels off for me and I can't really enjoy anime as much as before. It'll probably get cured when Date a Live season 4 comes out! At these times you have to watch JoJo and shout the OPRAORAORAORAORAORA but unfortunately, I've already seen that 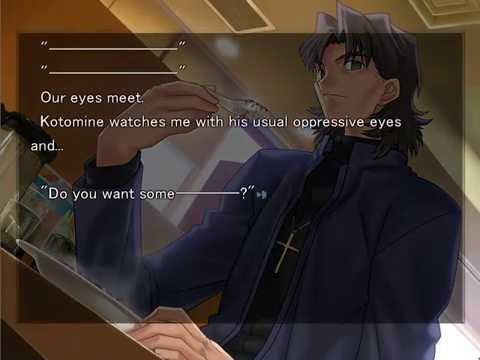 Fatephile Jun 18, 12:39 PM
Yoooooo you finally watched Fate!
Wait, had you watched Fate before or is my mind playing tricks on me? Or was it JoJo that hadn't watched?
Hmmm anyway what do you was the best one among the Fate series? You can count in the games too
Btw do you recommend Log Horizon season 3? The reviews all said something about it having no action...

Araberu Jun 18, 10:35 AM
Okay, so uh i was planning on replying sooner but life things came out of nowhere and slammed me in the back. ( ╥ω╥ ) yeah, it truly seems that way. /stares at the calendar, i suppose this is one of those ‘couple month late replies’. Haha, I see lol. Yeah, Crow seems to write a lot and he replies quite quickly tbh. Haven’t talked to this other fellow you mentioned but if i ever do, i’ll keep fort up for their long replies lmao. Ohh, I see. It's pretty cool that you can relate to them. :) Ah, yes. I also remember that. Quite a scary moment on the anime's behalf lol. I still haven’t eaten lasagna since watching that clip haha. Perhaps that is the case, seems likely...

Tin can. I suppose I shall call you geshti since i suck at making more unique nicknames for friends Indeed, they do seem to have a nice ring to them, very nice.
I see, I am quite familiar with a few of those but haven’t heard of Mai Hime until now. :0 Woah- for real though? 50 female warriors and they’re all blonde lmao? Yeahh, seems that way for some reason. Hm.. tbh, i’ve seen more males on here than females so kinda hard to say and a majority of my friends added on here are male so uh yeah lol Yup, lots of very nice female characters among these anime’. Lmaoo, yeah seems kinda hard to relate to those specific characters and any other character that matches their personality/actions/etc.

Alrighty, thank you. I shall put you in my next layout. if I do make a friend section. Lmao yes, share the love and friendship. <:

Oh? I see. I guess if you aren’t exactly focused/calm enough to watch a certain show, it can affect how you view it or something. Really? Surprising to hear that about Kaiji. Kaiji never really did seem to be cruel in any way tbh- but then again, I have never watched it so hard to say. Lol yeah, that easily summarizes the Kakegurui cast. Isn’t 90% of the cast, female characters? Where did all the boys go? scarred by yumeko and the blondies scariness ohh yeah, i see what you mean. Lmaooo are you sure about that? No pun intended? Seems rather suspicious. joking. Oh wait, I actually didn’t realize that the show had a second season- always thought it was just one season. /stares at mal list. Well apparently, i already watched it and rated it low so i guess it's not too good lol. Lmao yeah, russian roulette is always unpredictable. /shrugs

Lmao yes. It was a very unpredictable favorite choice. Klein is indeed among my favourites. Just talking about this reminded me of my old friend who obsessed over Klein 24/7 lol. What can I say? I’m full of mysteries. or maybe not True, can’t argue with that statement. Yeahh, i’m not really a big fan of kirito or asuna tbh so i can’t ever see myself hopping on their fan trains. Yup, that seems
‘bout right. Tiese and Ronye are both supporting characters but tbh, they left the biggest impression on me from Alicization. not really a big fan of Alice or any of the other new characters. lol tho i am planning an alicization layout next so maybe i shouldn’t say that /sweat. Ohh yeah, that scene. I remember that a bit as well. Honey pies though- making me hungry. Do you have a favorite pie flavour btw?

Indeed, all of the aot ost’s are so good and totally get you in that fighting mood ig. Ohh i see. I find it cool how the shippuden ost’ have more of an emotional effect on you than the aot ones. Since i’ve heard most say the aot ost’s are really sad while some of the shippuden ones aren’t (ex. Ymir’s ost forgot the name oops). Great European classical compositions? Not too sure if i heard one of those before. What would Beethoven's music be considered as?

I see what you mean, considering all that you considered, that seems likely to happen with this adaption. Yeah i don’t recall it to be popular in Japan either so the likeness of getting a second season is unlikely, i suppose we will have a cliffhanger unless if people start reading the manga- the manga’s actually pretty good tbh. #haterachelforlife. Reminds me of SAO if that's what you were referring to lol. Speaking of sao, have you played the Sword Art Online: Memory defrag game before? I recall I used to be obsessed with that game bout two years ago lmao. Couldn’t stop playing it xD.

Nice, is AOT still in your top ten? Not too sure if your top 10 list changes a lot. I see, the animation did change as the seasons go by so not really surprising. The animation in the final is totally different than the other animations- but thats to be expected since Mappa is animating it to the manga whereas Wit Studio didn’t really imo. Nice, a nine is pretty high. What animes have gotten the 10 from you though, I wonder? Yeah, I see what you mean, I also found Elric to be a bit hard to love- but I'm kinda neutral towards all of the characters lol. Oh? Vic Mignongna voiced him in the dub? I’m only used to hearing the dub cast. Romi Park does a pretty good job at voicing him, imo. Really? Even Roy did? Thats super surprising to hear, he’s liked by 90% of the fandom- well as far as i know. What about the female lead? Winry, I think her name is? Nice choice. May Chang was a good character. :D If i recall correctly, she's that short girl who wears braids, i recall seeing her in the fmab opening. I think it was opening 04 “Period”. Not too sure though. Well, i mean, according to MAL, its #1 ranked so i guess there's some sort of amazingness towards it. I, personally, didn’t really see much specialness about the anime, i just thought it was another shounen action anime lol. Tbh, i have mixed feels about the show i guess.

Until next time, see ya geshti! <3

Rafgenium Jun 18, 10:27 AM
Ah I did watch Grimgar & planning to watch fruit basket .
But haven't seen others.
Kaguya-sama is good 1st season is just fun but later season it get drama.
I am also reading the manga of it.

Rafgenium Jun 18, 7:27 AM
Yes I like her voice. My fav role from her is ( Sena Kashiwazaki ) from Haganai: I don't have many friends

DinkyPotato Jun 18, 5:31 AM
Thank you for the birthday wishes, sorry I got back so late! I hope you've been okay!
All Comments