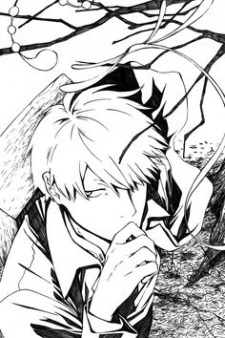 ShirayukiNoYurei Sep 29, 2019 5:27 AM
Exactly! I would choose my words in a certain tone, but to my surprise the opinions were mixed
It was a thing we did on the 1st session, read everyone's pieces and give out thoughts on whether the person liked it or not *fun thing to do tbh^^'

Well, I tend to overlook the rating system altogether~
It might be merely my bonkers ideology, but expressing your thoughts on it and giving out the picture that was created in your mind is what I find intriguing, kinda why I'm into writing so much and simply wish to find the best way to convey exactly how I feel
But then again the menings of all words are arbitrary, so no matter how much you try, you could bump into someone and stay completely baffled by what they came to think ~ it's a challenge and an adventure of the sort, so definitely wish to experience various ways and stiles of storytelling and writing in general ^.^

Which was your biggest disappointment though?
It literally just came to mind since the question is usually always which stories blew you away ^^'

ShirayukiNoYurei Sep 26, 2019 7:37 PM
Such is my footing as well, or at least had been until that course where the main remark was how my commentary and attitude are missing.
That's when most of the concept I previously conjured changed, because my goal was exactly as you say, be objective even when I'm not having my cup of tea, while during the sessions it was all about how my own attitude and character are missing in the sentences.

I believe there actually was a reaction "of course it's about you, it's your piece lay it all out!", but don't quote me on that one, it was a year ago and I'm translating so might lose part of the actual message in the process ~
I still have to read a piece (or all) you wrote and very much look forward to it, but in essence I guess is that even though objective, I started dropping in short comments at the endings of my sentences or by using certain phrases or expressions you could hear some sarcasm, irony or glorification where it's due *according to my own standards of course ^^'
Merely to express the attitude, but don't think I still have the proper balance, because I surely do not want my pieces to come across as conceited or narrow-minded, but also not really robotic and purely analytic

ShirayukiNoYurei Sep 26, 2019 2:41 PM
Ohayo~
Couldn't help but get super curious after reading your rating standards if I may call it so
ever since I've undertaken a course in writing film criticism I've been in and out of thought about anything I read or watch, so I write bits and pieces quite often and I find your system to be quite concise and fair ^^
Although am curious if you completely exclude your opinion and enjoyment when deciding on how the piece turned out to be overall?

Well, LotGH is still what I consider a niche product, so most of the praise seems to come from an audience already predisposed to praise teh show.

Goukeban Oct 13, 2016 3:56 AM
Nice job getting your review of Battery in first at the Weighted order.

This one was fairly stressful to write, and it came out quite length, as predicted.

Galaxia Oct 3, 2016 9:32 AM
We have extremely similar tastes. I look forward to taking suggestions from your favorites in the future!

ZephSilver Sep 26, 2016 1:30 PM
I think you could maybe work on giving more abstract outlooks on spoilers, like make blanket statements that could mean anything. That's usually how I work around that issue. But I don't think I'll be watching Battery, what you said was enough to dissuade me.