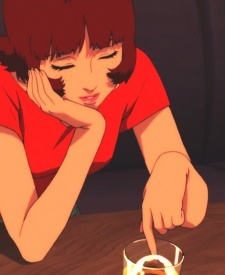 TheLoliLicker Jun 9, 2017 8:52 AM
you have bad taste in anime tbh
jk but your profile is dead which is unfortunate

Forest_Gank Oct 25, 2013 12:11 PM
You're completely right with your Advent Children review. I've not played the game but I've seen interesting sequences of it and I know that the plot is considered great [traditional JRPG are not for me,that's why by the moment I won't know it (-_-¿)] so I thought: The gameplay is not for me, but if the film's plot and style are similar maybe I'll have a good time... totally wrong u.u

Archaeon Aug 13, 2009 7:16 PM
Always a pleasure. In actuality, that review is completely one-sided, as it isn't designed to critique NGE (I did that for the Critics and Connoiseurs club instead). That review is simply my retaliation to all of the rabid fanboys and girls who attacked me because I rated their favourite show as mediocre.

Given that around half of the people who've read my review seem to be in agreement in some areas, plus the fact that mine was the first review of NGE to give it a mediocre or poor rating since the inception of MAL (which I consider an appalling state of affairs), and that any and all who thought the show was poor we're quite literally hounded for their opinion, I felt a public display was better than simply responding to every person who tried to "troll" me (and there were more than a few - strangely enough, they all seem to have disappeared since my review seems to have divided opinions).

Oh, and in retort to you point about Shinji, it's rather a convenient deus ex machina for his mother to be involved don't you think?

The religious symbology used in the show was only really used to give the series an edge over other "giant robot" anime (i.e. Macross, Gundam, etc), and all of the various interpretations since have been ascribed to it by the viewers rather than the creators (something which is very well documented btw). The plot holes are garishly obvious, especially when it comes to Shinji's isolationist attitude (which is why I have no sympathy for his character - anyone who's suffered from true depression (and not the kind where you're simply feeling sorry for yourself), knows how damaging it can be, and whilst I advise people to try things other than medication, if Shinji was truly mentally unstable, then why the hell wasn't on on meds? - it certainly wasn't out of any paternal feelings from Gendo, and if NERV was supposed to be something like the military, then Gendo wouldn't have had any qualms about dosing him regularly).

I have watched NGE several times, and my opinion on it has not changed. I'm even watching the rebuilds to see if they're any better (and unfortunately they're not thus far). If you want to see what Hideaki Anno's work is truly capable of, then you should watch Top wo Nerae (which I notice you haven't seen yet). It's NGE's "onee-chan", and is superior to it in almost every way. It also doesn't have much of the symbology or pseudo-psychology/philosophy that's so open to interpretation.

Try it, and then see if you still think of NGE in the same way. At the very least, you'll understand what I mean when I say that NGE could have been truly great.

very nice profile picture, i like it alot. paprika is one of the best movies that i have watched.

V i wish i had a welcoming picture as well.
hey ill create a mental welcoming picture for you.
so paprika is looking at you at an angle and she is getting ready
to say something, with the parade in the background.
and at the bottom it says:
welcome to the club, and we will find the anime not even your
wildest dreams could find.
:) awesome mental picture huh?

DeathHormone Jun 9, 2009 12:03 PM
well I'd say most people who played the game didn't understand the story that much, due to a few lose holes, that you had to kind of put together yourself, and then theres the fangirls that just think its awesome due to cloud and sephiroth(sp?) but yeah I enjoyed the game, completed it a few times, thought the film wasn't that amazing, so I agree with what you wrote! xD

Also just noticed you plan to watch Efen Lied, I was just looking at a review for that, and it does sound really good I can't watch it due to I heard a dog gets beaten. I don't think I could bear to watch that happen..even if it isn't real...lol.

DeathHormone Jun 9, 2009 11:34 AM
just popping you a comment, to say, Nice Advent children review, quite braving considering how many raging fanboys and girls FF7 has.

Prede Jun 4, 2009 12:52 PM
Yeah both are amazing series! Glad you like them both as well. You have amazing taste in anime, because your compatibility with me is "very high" ;).

It's a shame though. I can't seem to get my hands on the last episode of Now and then, here and there. Oh well.
All Comments