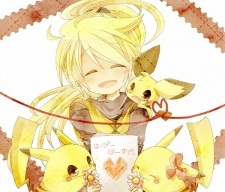 KaizukaZekrom Jul 1, 9:47 PM
Yes, i did. I stopped playing after the Reboot came out(I don't have any friend that play Canguard too tho lmao.), the reboot version of Cardfight Vanguard was pretty boring, they always skip the fight and in the end they always relying on trigger. Link Joker is the peak of vanguard lol.

Imoxus Jul 1, 12:11 AM
I was wondering if you could kinda explain a lil like the basic concept of it without spoilers? Because like last year i tried watching a few episodes of it and slowly grew slightly bored, because I felt the actual concept didn't match the genre it was placed in. So i think I got it wrong lmao. I definitely am going to go back to it v soon, but is it something that gets better as you delve deeper orrr? Because i know with Gintama for example, it was the same situation last year, i watched about 15 episodes got bored and it wasn't how i thought it was gonna be, however I then decided to come back to it and now its one of my favourite anime's I'm watching rn lol.

Imoxus Jun 28, 9:16 AM
Thanks for accepting the friend request. I see you are a fan of Durarara.

KaizukaZekrom Jun 27, 11:49 AM
Thanks for the friend request! Btw, you like vanguard?