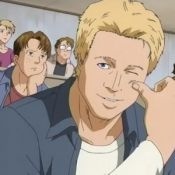 Syimn Dec 25, 2017 10:50 AM
Saw your comment on an other dude's account. Regarding Clannad. Season 1 is pretty bad. I also dropped it. But i did pick it up about 8 months later and finished the first and second season. You should try to watch it through because season 2 is where its at. That's where the amazing part of the anime is. First season - shit, second season - amazing.

p.s. Make sure to watch Riding Bean, I lent the DVD to you I think.