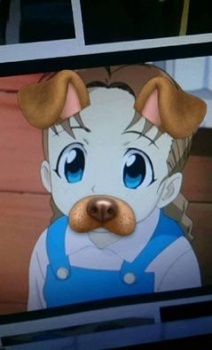 But at least they are focusing on a more realistic issue such as gang violence, but still though...

Were you able to participate in an active shooter drill? Did your time in the army help?

Okay I have another question as I am very curious.

Do schools there in the USA really do active shooter drills? Like is that a real thing?

NTAD Aug 20, 6:40 PM
I was hoping to have my first AMV done by the time I hit 500 subs but that ain't happening now.
I keep procrastinating the shit out of it.

Apparently it's all downhill from there, and given this pandemic I am not surprised!

Job with the government is pretty stable so thankful for that as well! Although we have a state election coming up here in Australia so we are being pumped to the bone when it comes to election promises and budgets...

Just getting back into watching anime as well. I have focused myself on playing Tekken 7... XD

So where are you now? what do you do if you don't mind me asking?

I hope you are doing okay during the pandemic?

Are you still with the army???

NTAD Aug 13, 6:30 PM
There can be no compromise. @PaulineElizabeth knows I'm at the top. She'll confirm.

NTAD Aug 13, 5:56 PM
I'm glad some people enjoy it. I still mostly do it for myself lol.
It's pretty toxic out there now. I mostly avoid the forums at this point because I'll probably just get myself banned. I have no filter so as long as I don't see the stupid people saying stupid shit I won't have to call them out for being stupid.

Also, you're the second sexiest. Deal with it.

What's the real meaning behind your pfp?

Haven't been keeping up with MAL.

Raging_Berserker Jul 12, 2018 4:13 AM
I was closer than I actually thought given how much time has passed between now and when I read their summaries/synopses. Hmmm my memory is more impressive than I give it credit for, given how irrelevant and insignificant I considered both mangas to be, after I had read their said summaries/synopsis.

My assessments:
Back Street Girls? Gonna be shit. I can smell it already.

Boku Wa Beatles? Gonna be shit. I can't be bothered about a group like the Beatles first of all. With that said, the whole plot or setting point of this manga is a waste of time.

That sounds quite rad though. I wonder how it'll look, me going back to teach at the high school I graduated from. Thinking on it now, I don't think I fancy the idea. I recently received word of how things have changed at the school. I can't remember when last I actually called a female 'my girlfriend' haha, GAD DAYUM! (In extreme slow motion!) Video games huh? Oweeeee. We can discuss on those!! List the ones you play.

Raging_Berserker Jul 6, 2018 5:33 PM
I'm unto all those aside from Back Street Girls and Boku Wa Beatles. I know both their plots if I'm not mistaken. I've seen both profiles on my manga reading app. Let's see if I can recall from memory.

Back Street Girls is the one where they were a male music group (Backstreet Boys reference?) but something happened that they all had a sex change? I think it had to do with the Yakuza or what? So in order for them to preserve their lives, they did the sex change thing.

Boku Wa Beatles is obviously about The Beatles from an Asian perspective, if I remember. It has to do with something about The Beatles group having to go back in time was it? I know some time travelling shit was involved when I read about the synopsis long time ago.

I just passed both mangas up anyway. That's all I can remember from memory about both mangas. I might be wrong, if so, please correct me. I don't wanna browse about them at all. It's more of a conversation if you do the honours of correcting me wherever I went wrong haha. I think I did bookmark both mangas just for bookmarking sake. Both of them are not my kinda stories to go for.

Sheriff Evan's Lies - awesome read.
Revival Man - been ages I last read it. Definitely gonna have to restart it from beginning. I'm always confusing it with another manhwa about a dude that can't die because he can rewind time to a specific checkpoint. Hahaha I'll be damned. The title is in my description, Checkpoint!!! A shame that doesn't get updates.
Vinland Saga - I have nothing to say on that. Moving on....

I pretty much don't read comics in general now. Only shit I've looked at in months is, what? Imawa no Kuni no Alice (another reread) and Initial D. Nothing else really. I've simply been more about myself to be honest. Sleep, listening to music, eat when I can, stream videos on YouTube, go to work when I do. Funny thing is I'm on long vacation. I literally feel like a NEET even though I got a job. I don't read shit or watch shit in terms of the anime/comic universe unfortunately. Hell, I don't even watch TV shows and movies at all. Ah well, it's not a first time. What the hell am I even doing with my life at the moment? I'm a mess. FUCK! *sigh* Anyway, it's periodic. It'll pass.

What you been up to outside of comics nowadays?
All Comments