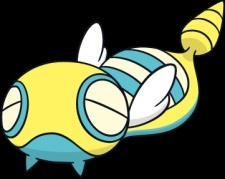 Date A Live V
5 hours ago
Plan to Watch · Scored -

JVskunkape Jun 17, 2020 10:45 AM
Ah nice, good that you have employment though! I'm on the other side as I have much more free time having been furloughed from my job, but my workplace should be opening back up soon and I'll back to relatively normal. But I've honestly enjoyed the time off and would've happily stayed furloughed longer haha.

Yeah I've played both Shield and Sword a fair amount, a lot more of Sword. I actually really enjoyed the games, love the new region, pokemon & characters. Despite the heavy criticism the games attracted I thought they were decent entries. That said not sure I will get the DLC straight away as I'm currently not sure when I will have the time again to sink into SW/SH as I'm currently playing FF7R and about to start Animal Crossing soon which just arrived for me the other day lol.

Crystal is possibly my fav Pokemon game of all and I replayed all the VC titles to death on the 3DS, I had some great fun with VC Crystal! I'd definitely recommend you start it! :))

JVskunkape Apr 25, 2019 5:12 PM
Good to hear man! I get where you're coming from with Boruto the canon is odd I think the anime overtook the manga, and it's not like the current manga is written but Kishimoto the original author anyway. I do find the pacing of the anime weird but there are parts I enjoy.
I do like Garaga as his summon, but tbh I hadn't even realised, it is weird that he can talk to him like a biju. Although there are parts I enjoy, I do often feel like I'm slugging through the series.

JVskunkape Apr 24, 2019 8:45 PM
Hey bud, you okay? Saw on my recent friend updates that you're also watching Boruto & also lagging behind haha, how you finding so far?

JVskunkape Feb 1, 2018 6:27 AM
I've played Mario Kart 8 Deluxe with a friend on his Switch and thought it looked really good! I used to be really good at the DS version back in the day but it took me a while to get used to it on the switch! I had heard of Super Mario Odyssey but I'll look some more into it. So you would defo recommend the Switch? I'm sure I'll be saving up for one as soon as we have a release date for the next Pokemon game.

I guess it is but my luck has just been so bad, I've been playing on the VC like crazy and so far only got shiny Dratini which I had to hatch over 80 eggs to get even thought the odds are 1/64, I'm hunting Squirtle now and have even passed the 64 egg mark with him. Gonna go for Eeevee next as with the cloning glitch I can get every eeveelution shiny form. I don't even have bank atm but have been considering it so I could transfer any shinies I get over to S/M/US/UM

Was a pain hatching those 80+ Dratini eggs as he's also the largest egg group taking over 10k steps, one that really could've helped to get early. Still really excited and happy to finally have one, it's a shiny I've always wanted :)

JVskunkape Jan 20, 2018 4:05 AM
Wow I really want a Switch, I've never missed a main series Pokemon game so when that comes out I'll feel like I have to get it, but atm I've got more than enough games to get through already on my ps4 & 3DS. When I get one I'll defo get Breath of the Wild and Pokken Tournament DX, are they any other switch games you've played that you would recommend?

What you're thinking of is still the classic "Mew glitch" just a extended version using wild Ditto's to manipulate the glitch to encounter any pokemon, as the Mew glitch makes you encounter a Pokemon relative to the special stat of the last Pokemon you battled, you can look up what stat is needed for each pokemon, if you train/catch a pokemon with the desired stat and then play out the glitch but after the trainer battle fight a ditto and defeat it after it transforms into your pokemon with the desired stat, you will battle your desired Pokemon where you would normally encounter Mew.

The Ditto glitch I was refering to is something I've only recently heard of, it was a lesser known glitch that has become more popular since the release of gen 2 on the VC. You can use any shiny Pokemon to catch an unlimited amount of ditto's in Gen 1 that when transferred to Gen 2 will be shiny. It's relatively easy to perform as you can use the shiny Gyarados that the game gives you & ditto is one of the most useful shinies to have as breeding with it will give you 1/64 chance that the egg will be a shiny. I'm gonna try and use it to start breeding for some shinies I've always wanted like Charizard, Dragonite & Blastoise.

I've also completed the pokedex on my Sun but I had previously done it on my childhood Crystal & Diamond cartridges! Congrats on your first dex completion! I'm still far from completing Ultra Sun but look forward to seeing this difficulty spike, tbh I felt Sun had a bit too much hand holding in it for newer/younger players which I am fine with but good to see they're adding more challenging content for the older fanbase.

You've never played Crystal? I would definitely recommend getting it then even if you have already played Gold recently, it is similar but at the same time it's probably the definitive gen 2 game so the best representation of the series. There's simple things that make the gameplay more fluid like being able to obtain evolution stones easier/earlier in the game and being able to give Kurt more than one Apricorn at a time. I feel like the game also gives you a few small rewards for replaying with Crystal e.g. the Odd egg (another easy shiny), Extreme speed dratini, Move Tutor, Battle Tower, the option to soft reset for a shiny Suicune. I don't know what they intend to do with the mobile system which used to let players trade & battle anyone wirelessly over a network (that was cut for the american and european releases) but if that is functional in the game I'd be amazed. But personally I love all those old Pokemon games and a lot of other games on the VC so I just like to support them in the hopes that when these games sell well it will push them to port more. We already have ports of some 64 games like Zelda & Starfox, so I'd love to see Stadium, Stadium 2, Snap, Super Smash Bros. & Super Smash bros Melee also ported to the 3DS & Switch.

I've replayed Crystal hundreds of times already but it's possibly my all time favourite game and would gladly play through again :) The Mew glitch is great, did you know you can use it to encounter any pokemon in the game? Even the glitch pokemon! Have you heard of what's been dubbed the "Ditto glitch" for the VC titles?

JVskunkape Jan 14, 2018 10:41 AM
Hey bro! How did you find Sun/Moon? You have and/or been playing Ultra S/M? I'm not far into my play through of Ultra Sun but liking it so far. I've also been replaying Blue, Yellow, Silver, Gold on the VC and have pre loaded Crystal. Been glitching the hell out of my Yellow & Gold as well which I've found really fun. Might get Pokemon Bank & try and see how many glitch & glitched pokemon I can get through to S/M/US/UM one day haha.

JVskunkape Oct 8, 2016 1:14 AM
Cool I was also planning on getting Litten! I know what you mean, Ice Ninetails is my favourite out of the new forms and I also think it's weird Exeggutor gets the Dragon type.

I'm still undecided on my opinion of the ultra beasts but none of their designs have really jumped out at me, I'm indifferent to them at best atm.

In one of their videos it said you'd get Ash-Greninja for completing the demo and transferring it to your game, similar to how we got Glalie from the ORAS demo. So maybe Ash makes an appearance in the demo? I'm not sure though but I think it'd be strange to see him in an official game aha.

Yeah we should defo trade the version exclusives, if any of the four I mentioned are version exclusive it'd be annoying to not get to play through with them, although I'm sill kinda hoping they release some more forms I like the look of. Currently there's only 8 and they're all from Kanto so maybe we could get 8 from each region would be nice to see some of the Pokemon from other regions get alolan forms. That could just be wishful thinking though.
I think Dunsparce is long overdue and mega evolution as well! :P

JVskunkape Oct 6, 2016 2:26 AM
Personally I love the Alolan forms they're trying to push, especially Marowak & Raticate and the two Ice versions of Sandshrew & Vulpix's lines. I like a lot of the new pokemon from every generation but don't get me wrong Gen 1 & 2 will always be my favourite so it'd be nice to play through the newest game with the new mechanics/formula to the gameplay with some familiar faces but at the same time offering something new.
I appreciate the direction they appear to be taking the games with Sun/Moon. I'll be getting Sun gonna Pre-order it soon and play through the demo version when it's out so I can get Ash-Greninja, I think the demo is out in 12 days. We should defo add each other and do some trading/battles once we both have the games!
What starter are you gonna go for?

JVskunkape Oct 4, 2016 4:44 AM
Yeah I know what you mean, I also enjoyed the fight, I'm not so certain it'll end at 480 though guess we'll have to wait and see.
Since your name is FlyingDunsparce, are you planning to get Sun or Moon? I really like what I've seen of them so far.

JVskunkape Sep 29, 2016 5:37 PM
Hey bro! How you been?
Just saw your recent list and was wondering what did you think of the Naruto Sasuke fight?

TheSonicolas Jan 17, 2016 9:57 AM
Hello, FlyingDunsparce, I don't like the message system on this website, as it's not so easy to spot your messages. But I've sent you a message.

JVskunkape Jul 18, 2015 11:49 PM
I completely agree! Sorry about how long it took me to reply aha life's been mad hectic recently and only just got on & checked my account! Yeah they fully are milking the show and I reckon they'll keep it going for as long as they can, I just hope they don't ruin the show. I've been reading Naruto Gaiden and must say though I like what I've seen & really am looking forward to the Boruto movie, imo it looks so good!

JVskunkape May 10, 2015 5:06 PM
Yeah I know the fight aha defo a classic!! Where abouts are you shippuden? It's like the only currently airing series' I stay up to date on. You heard about the Boruto stuff coming after shippuden? What's your opinion on that? :P
All Comments