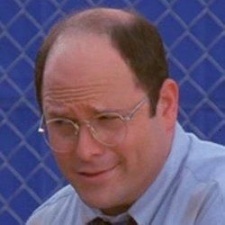 Montinihabato13 Jun 9, 2014 6:56 PM
Man,you don't have a "bag" with many animes watched,so,i"ll don't like your review... when you watch more and stop to be "oldschool" and so rude about the new works that are coming or that are new in this anime world,i"ll consider you... well,this is what i wanna say... bye.

Honestly, I couldn't really care about your other reviews but I'd like to say:
Story - 3 - overall - 7.. Your review method is jacked.

Curry, trains, apples and oranges, what?

If you want to stop 'communicating' then just don't reply back.

Malteasers Jun 9, 2014 5:02 PM
The only thing about the hype is that I thought they where both shit, just SAO was less shitter although they were both okay shows without the hype. Thats what I made of your comparison to be honest.

I'll say this again; both shows where shit. And you actually seen character development in SnK? I would of loved to watch the series through your eyes, it would of made it much more interesting.

REAL WORLD SETTING... Wait, we are talking about Shingeki no Kyojin (Attack on Titan) here right? When an apocolypse happens and the world is driven to a mediocre amount of humans being alive by oversized humans, I'll call that the 'real world setting'. It's an apocolyptic series based on fiction and it will never happen. You're talking about Kirito defying the laws of the game when a HUMAN can turn into a TITAN in SnK? Okay.

I'd also like to say, I don't know this Mary Sue or whoever it is. Here are the facts I do know however:
- SnK had some of the worst pacing I've ever seen
- Overpowered Eren (Turns into a titan by hurting himself) and you're talking about SAO having overpowered characters.
- Bland, uninteresting character base
- Where did the titans come from? 100 years ago they just arrived, like a demon summoned them? Hmm...
- No detail into why the titans attack, they just eat and throw up - interesting.
- Unstability within characters, it's supposed to be action not psychological
- Looking at our mains, Levi played more of a role in the series after episode 9 than Armin, who was just a coward all the way through spouting he would 'change'.
- If anyone was threatened with death, you'd throw it away and do what you could for the ones you love, except they only want to live to carry on being weak and doing nothing with their mediocre lives

Want me to carry on?

Malteasers Jun 9, 2014 4:12 PM
You probably wouldn't although I'd take what you said into consideration.

All the other 'features' make up the anime, so to not take them into consideration is honestly, quite stupid.

I also like spicy curry, but not too spicy.

By the way, you haven't counteracted much I said except speaking about food, trying to interpret it for anime. I didn't say I don't like SnK, I just said that it's nowhere near as good as a 10. It came in the year of all hype, SAO being your main example and look where it is, it's the most voted anime on MAL and still sits quite high up the ladder whereas SnK popularity wise is lower than it. I certainly found out recently that overall rating means nothing since people who hype up shows never live up to expectation which is why I enjoyed SAO (part I) so much and didn't enjoy SnK as much as it lived up to be the 'rebirth of anime'.

Malteasers Jun 8, 2014 8:52 AM
If there is any anime that will be remembered from 2013, it's this one. Shingeki no Kyoji aka Attack on Titan had a massive hype build up prior to its release. Did it live up to the hype? To be honest, it had a few hiccups here and there, but it surely lived up to most of it!

Story: 9
The title is somewhat misleading. You'd think a show called Attack on Titan would involve you hunting these things down, but the truth is, the people live in fear of these mindless monsters. The anime rearranges some events from the manga (most notably the trainee corps' basic training) in order to introduce you to the secondary characters faster, and in my opinion, that was a stroke of genius. This allowed you to get emotionally attached to more than just the main cast, and gives you a sense of dread since any of them can easily die in this apocalyptic setting.

I would give the story a 10, if not for one little problem: The uneven pacing. The show starts off at a crazy pace up to the eighth episode, then it slows down to an aggravating halt. Towards the end of the series, the action really picks up again and ends on a satisfying, if inconclusive, note.

Art: 9
The titans look pretty damn scary in some moments, then look absolutely retarded in another. The art and animation is very consistent for the most part, although I did catch it lagging in certain areas where it just became still frames with conversations continuing through. The animation of the omni-directional gear is an absolute joy to watch, and definitely sets it apart from its manga source.

Sound: 10
Even the staunchest critic of AoT cannot reasonably argue how flawless the effects and soundtrack are. From the chilling groans of the titans, to that burst of an activated maneuvering gear hook, everything sounds as it should. The music is well orchestrated and is used brilliantly to add dread or tension in the right moments. And then there's the opening sequences, where AoT is at its finest. Few series will get you hyped up and ready for shit to go down just from the opening sequences alone.

Character: 9
Quite a large cast, and virtually all of them have screen time and have a big impact on the story. And yet as powerful as some of them are, they still feel small and insignificant compared to their predators. Almost every character has a chance to develop as the series progresses, although we may have to wait until later before a certain badass female protagonist can evolve beyond her current state.

Enjoyment: 10
Incredibly thrilling and engrossing. Even during its slow moments, I cannot remember any moment where I once felt bored watching this series. Although the moments where the story develops can feel a bit time consuming, the show rewards your efforts of keeping attention with some incredible action.

Overall: 10
People are going to have something to say about its pacing, but as of right now, AoT is doing very little wrong and deserves the hype its getting. We may not see another season until at least 2015, but the second hype train is building up and is ready to roll!

Okay, first off; a show which has had a few hiccups should never be a 10 rating, a 10 should refer to something which is flawless and SnK is nowhere near that.

Story, a 9?! What? It's an apocalyptic anime where everything is so easy to follow. Heck, I dropped the thing at episode 7 last year and finished it last week; it doesn't have much plot except 'kill the titans; live through this pain' which happens in every apocalyptic anime you'll ever watch, currently the main one right now is Black Bullet because it's airing.

Right, so now we're onto the art; it's so basic that other anime shows could do it in a week. Do you think Shingeki no Kyojin has better art than, let's say Sword Art Online because they are both from 2013 albeit different seasons; still the same year. No, it doesn't. It doesn't focus as much on the background themes like SAO does. SAO is much more appealing to the eye; heck, Black Bullet is also much more appealing and shows more art style than SnK too while they have the same apocalyptic theme.

Honestly, I only watched SnK last week and I don't remember anything about the OST or EST; that itself says a lot to me. I'll admit the sound effects in the show itself were pretty good though but I don't see how this is the highlight of SnK.

Characters... Character development is a thing of the past, the character they develop could die or he could just vanish into thin air or turnings a Titan; a kid who's obsessed with revenge for his mother when he can do nothing at the time is just pathetic, Armin who is a cowardly little child and Mikasa, who was the highlight of the show but not for her character, just her good fighting style. I thought her character was bland and did nothing to improve the series.

Enjoyment is down to you; I can't really disagree with what you liked about the series because it's your opinion.

Overall...honestly, it didn't deserve the hype it got. Just like SAO p, they were overhyped and didn't live to any expectations, their was so much they could of done; better character development for starts. They did better in the anime than the manga but it's still bland. Also; that pacing was pitiful for a series with such a huge fanbase, the producers should feel ashamed.

Well; if you got this far, thanks for reading.
All Comments