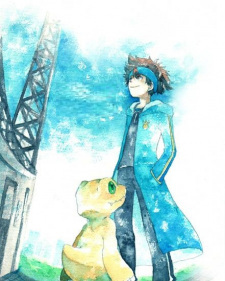 A_R_M_A_A_N 5 hours ago
Yeah, but COVID destroyed this precious time of youth:(

Schools finally reopened a month ago, online classes were boring as hell, and the more irritating thing is that schools were closed just a month after I got into high school, nobody knew each other and were just starting to make friends and then BOOM, COVID-19 has entered the chat.

Anyways I just completed a 100 episodes of naruto a few days ago, man the 3 tails filler arc’s pacing was slow but the current arc I’m watching is great!

Samurai04 Oct 24, 11:47 AM
I really cannot understand why many people hate Sasuke. I think he is one of the best characters in the entire show, and is one of those characters I really enjoy watching when he appears on the screen.

I also think he is well-written and his decisions make sense to me (even when he decided to be Hokage, since he wants to change the hidden leaf village and many people often overlook the fact that his version of Hokage is different from Naruto´s version of Hokage).

345EdwardElric Oct 23, 11:41 PM
Hey, so referring to your statement in the last updates thread, one interesting question arises to my mind:

I know already well that you're not a fan of the Gainax-Trigger over-the-top style that TTGL & its successors like KLK & Promare are based on, since you find the action-scenes to be really flashy/incomprehensible/headache-inducing.....and I can obviously understand why some people would find that type of style not suited to their tastes/preference even though I personally love it, that how come you find Gainax-Trigger's over-the-top style of executing the action-scenes/battles to be incomprehensible & dull but not Dragon Ball's action? I mean that Dragon Ball's (especially DBZ's) action/battles also reaches that similar incomprehensible & absurd levels as well, especially the power-levels of the characters fighting which really has no limit after a certain point & keep growing. On top of the power fests going on an insane levels, the battles are also really stretched out unlike the Gainax-Trigger battles & also have enormous power-up screaming by the characters during the transformations which I also remember going on for often 20 mins in an episode (referring to this, I also remember you saying in a tag of yours that TTGL had a lot of annoying yelling that you're not a fan off). So I'm just curious to know what actually makes Dragon Ball's insane levels of stretched-out action & enormous power-up screaming enjoyable & stand out for you especially when you don't like the TTGL type of over-the-top insane level action with yelling/loud speeches during the battles? I personally obviously don't mind either of them & like both, just interested to see how you'd answer this question (if you don't mind of course).

How was ur week?

n7ah Oct 23, 6:14 PM
Hey I saw your forum comment where you said the original HxH was better than the original. I started on the 2011 version because my friend recommended me to watch it for the better quality and it follows the manga better (to his words so far it is). I only watched up to the end of the Hunter Exam arc in the original version wayyyy back but I can say that arc was handled the goriness and suspense better.

I'm gonna finish the 2011 version first then maybe go back to the original to reminisce, why would u say the old one is better?

literaturenerd Oct 19, 7:11 PM
I actually learned that fun piece of box office trivia from a documentary on the rise and fall of Cannon Films. If you love bad movies, Cannon films are LEGENDARY. Imagine if a low budget, tasteless anime studio like ARMS was able to slap around Ghibli and Madhouse for an entire decade because they were really good as business despite making lowbrow crap. That's basically what Cannon Films was like in the 1980s. The whole documentary is glorious! I proudly own it and show it to as many people as possible.

literaturenerd Oct 19, 6:43 PM
Amazing! Box office results are often pretty funny. Depending on what’s in theaters and external events, sometimes total garbage ends up breaking records. In America, Shrek 2 was a world beater because nothing else happened to be showing that was any good at that time. My favorite world example is how in the 1970s, a soft core porno in Israel shattered all records in that country and it still stands! Everyone thought there was going to be a war, so every male aged 18-50 in the entire country went to Lemon Popsicle because “might as well see some tits before I die.”

inim Oct 19, 12:21 AM
> "purists" don't because they already know it's a version that isn't faithful to the source

I've never been the manga type, more preisely I've never read one in my life, and not many western comics either. Not my medium. I come from books and movies, and judge an anime only by what it is itself. "Source Material" is a cargo cult, of sorts.

> Hunter x Hunter (1999)
main issues with popular battle shounen has in reality to do with their length
Akw, not that fast. Of course time investment matters, because they simply compete with other long anime on my PTW and the one I like most wins. So it's not the main reason. The main reason really is that shounen is written for teenagers, I wouldn't even differentiate much here between shounen and shoujo. Teens have a different reality: no long term romantic partners yet, no own kids and family, still in school and not work life and looking for a position in society, and so on. I'm longer with all that stuff than without in my life, I have really forgotten how it felt, and if watched at face value, I fail to connect to teenager driven stories and their thinking. You know, the oldest conflict in the world: parents vs. the 14 year old rebel. There is the occasinal exception, and I'm not religious about anything. But experience tells me I disliked more teen anime than I liked, and battle shounen more so than average. Which has to do with the fact I'm nt a fan of action, military, or super hero in any medium already, so anime is not special.

E.g. in FMA I really cringed when fights took place, and sat it out. Because FMB is a good story at heart, trapped in the body of a teen boy epos. I stayed for the story, because it's good enough. 1/3 of the action parts bored and bewildered me as stupid.

inim Oct 18, 2:00 AM
I think it's a fair point because I see FMA (2003) mentioned quite often as good on it's own right. And 50 eps + movie,are feasible, I've put it on PTW. It's not that I reject action shounen for religious reasons or such :) Within it's genre, HxX and JoJo 3-4 (maybe 5) are queued in front, so it may take a while before I actually get there. There's still a lot of "list mandated" stuff, and the episode count per entry is high meanwhile - "saved" the hard ones for last.

ApacheSnow69 Oct 14, 4:24 PM
Scrolling through your "completed", I enjoyed reading your "Tag".

Your comment give me insight to your taste. Imo, going against anime community "elitist shows", is highly entertaining.
For instance, 3-gatsu no Lion + Aria the Origination + Baccano! + Masaaki Yuasa + etc