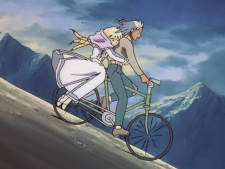 Unowen Aug 27, 3:49 AM
Unfortunately not, don't think they are very active nowadays either. I'm considering acquiring a personal telescope at least (I seem to remember you posted an interesting one not too long ago), but I doubt I'll get as good results considering the air humidity of an island.

Unowen Aug 13, 3:24 PM
No problem, thanks for accepting. Have stumbled upon plenty of your tweets over time, without even using much the platform myself. Good job in your blog too.

Take a picture of the Blood Moon in 2018 taken by acquaintances working in the Observatory of Costitx as a present. :)

Echelon Jun 6, 2017 7:55 PM
I still haven't played X and I'm not sure I'll dig it much, sounds like it has almost no story and I'm getting kind of burned out on open world. But Xenoblade was a bit different and still kind of linear in a sense, I loved it. So yeah I'm excited for 2, I just don't really like the new direction with the character designs... lol.

These are maybe what you want from the dead links, but I'm not sure:
https://u.nya.is/eefvos.zip
(let me know if that download works)

It was still based off HK scrips I think. Towards the end of the Sanctuary arc about midway into the series it got ultra bad, but I powered through and it was generally watchable. Better than bad HK's, but definitely not great. Kind of weird such an esteemed series still doesn't have a good full English fan translation.

The video files I have were the ZA release.

We haven't chatted since 2014? lmao, I guess between our discussions in the Old School Club and maybe the mecha club back in the day I never would have guessed haha.

ottocycle Aug 11, 2008 8:03 AM
Finally another one who knows his TROMBE. I had to add him to the character database on my own, lol. I do see you appreciate mecha far more than others though.

And crap I need to watch Gun/Diebuster. Thanks for reminding me with your list.
All Comments