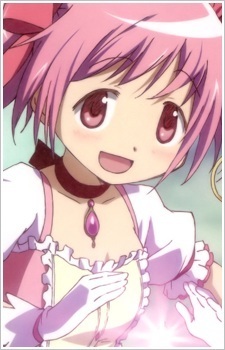 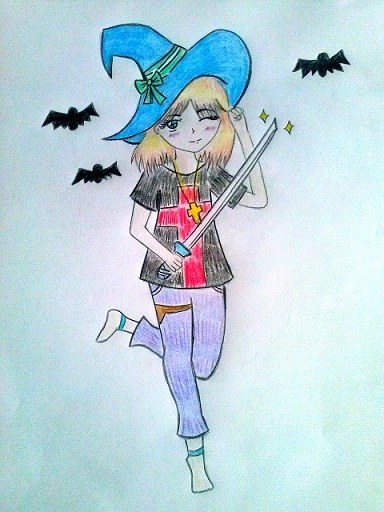 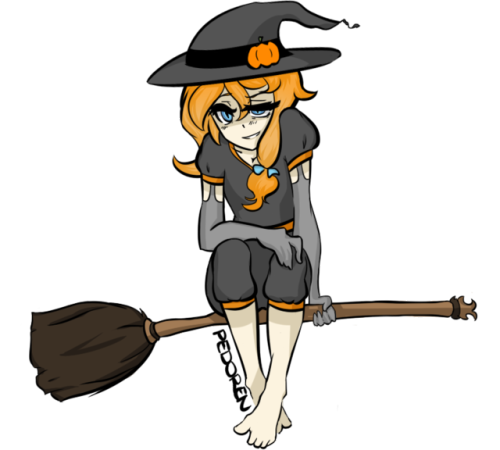 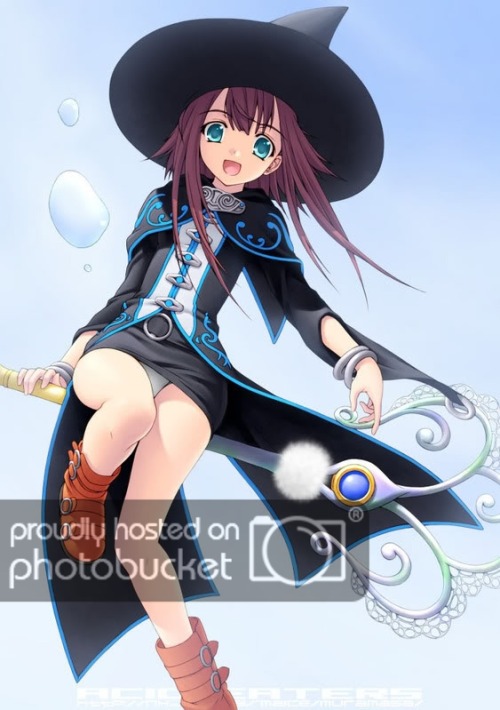 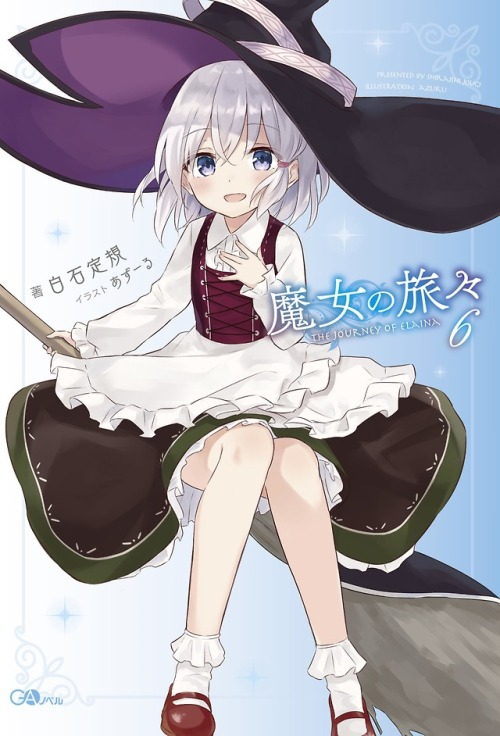 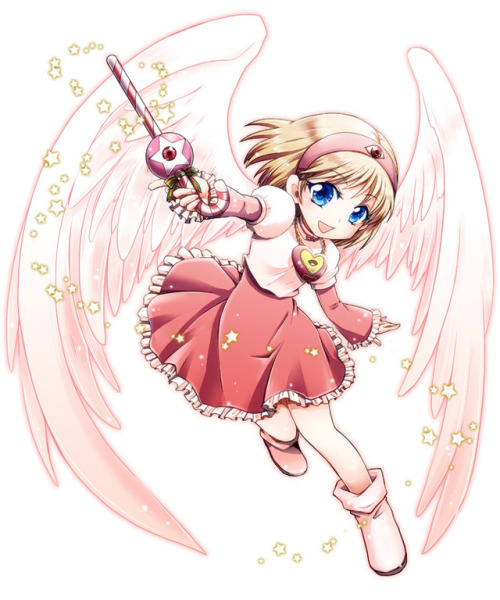 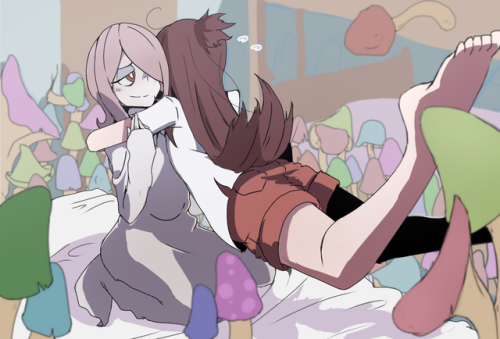 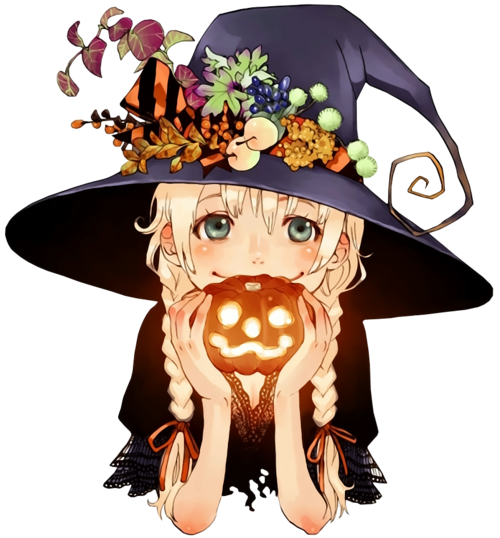 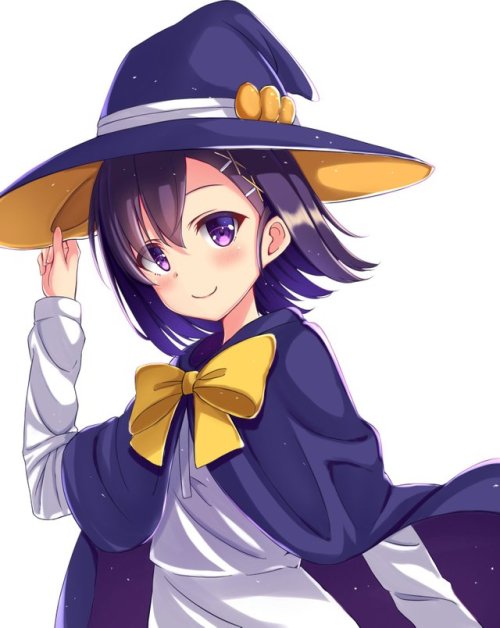 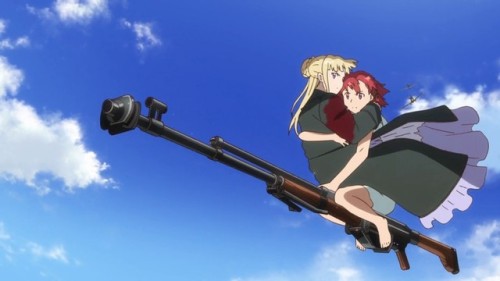 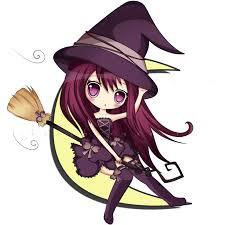 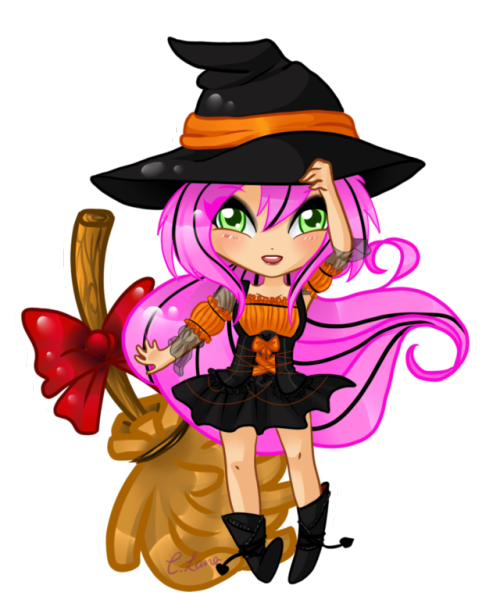 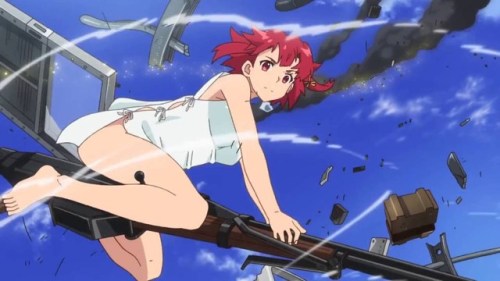 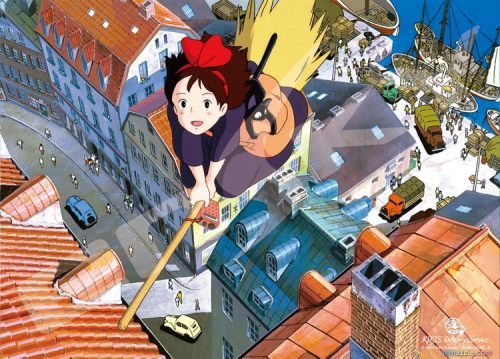 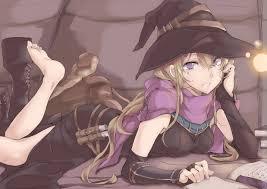 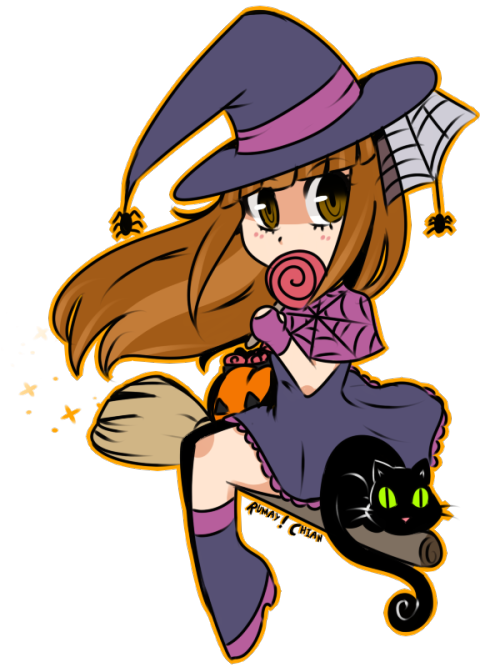 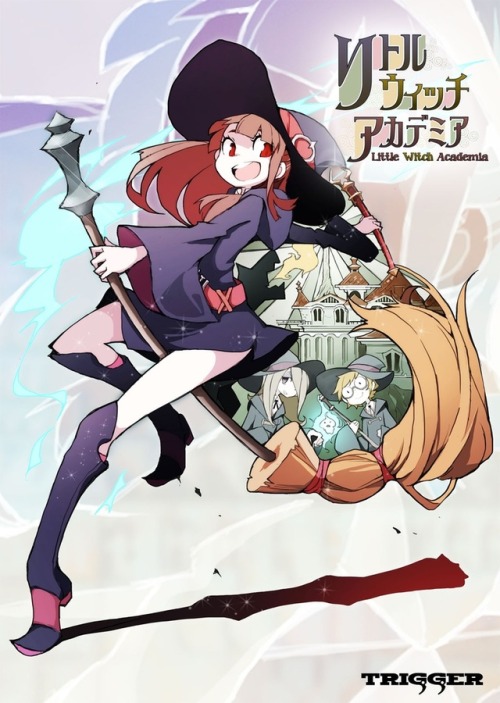 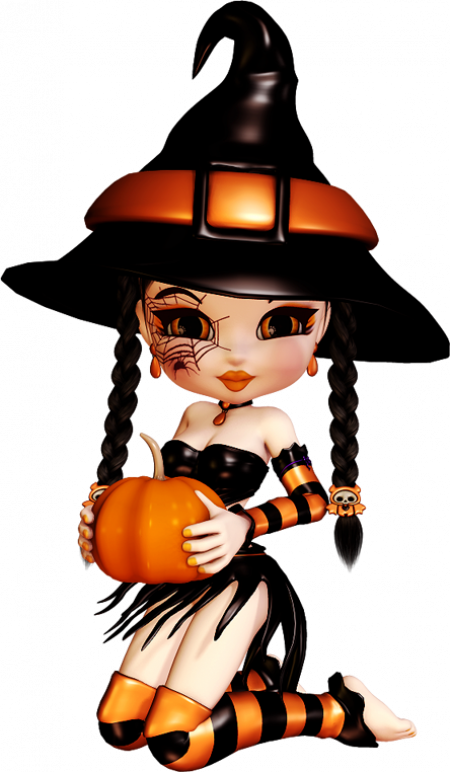 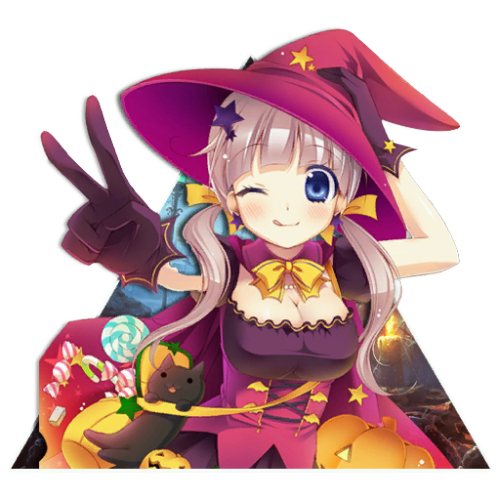 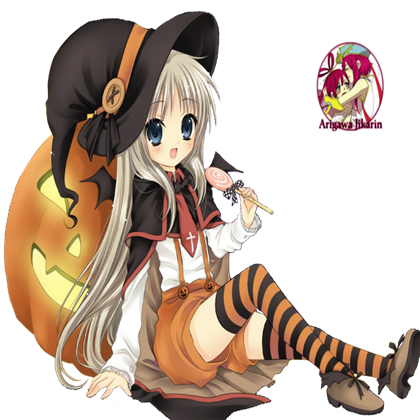 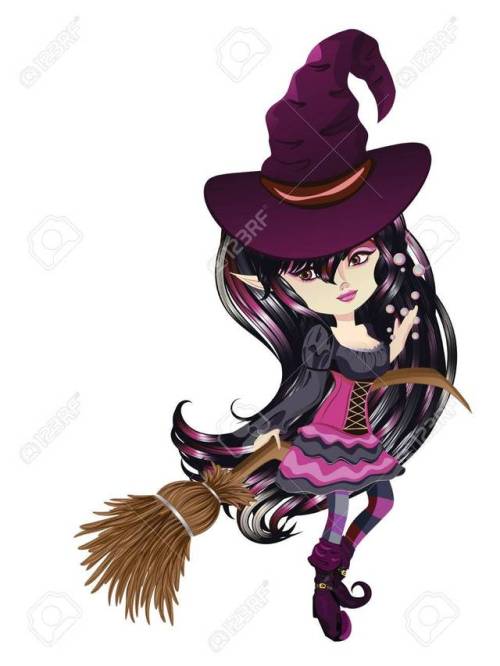 I ADORE CHILDREN (^__^)
And I Truly Believe That Children Are The Most Precious And The Most Special Beings On Earth ^o^ I Think Kids Are Way Cooler Than Adults And I Absolutely Adore Them (^__^) When I Go Out With Someone And I See Kids I Always Imagine My Imaginary Friend, Daisy Froggy Kiss Saying "Hi There Sweetie" At The Kids And The Kids Don't Even Know She's There ;) I Definitely Believe That Little Children Are God's/Jesus's Greatest Treasure (*.*) I Believe Nothing In This World Is More Special Than All The Children Out There (^__^)

I'm Autistic (^__^)
I Was Diagnosed With Autism When I Was 5 Years Old :D I Tend 2 Jump And Skip Instead Of Walk And I Flap My Hands In Excitement A Lot ^o^ I Also Take Tablets Twice A Day Because Of My Autism ^^ I Also Have Dyspraxia Which Means I Am Clumsy ^o^ I Also Have Mild OCD ^^ And I Am Not Allowed Outside On My Own Because My Parents Say That I Don't Sense Danger ^o^ My Family Also Say That I Have The Mind Of A Little Child ^o^ And I'm Nothing Like Other People My Age ^^ My Mammy Says That I'm About 6 Years Old In The Way I Think ^^ *Happy Friendship Hug* 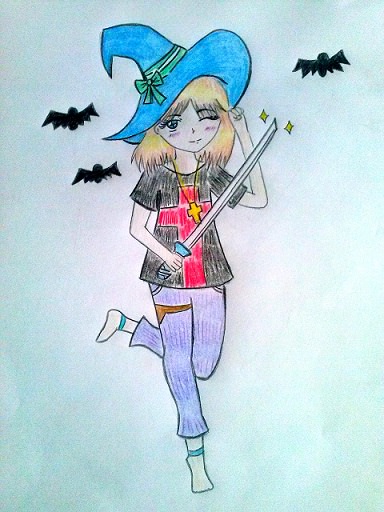 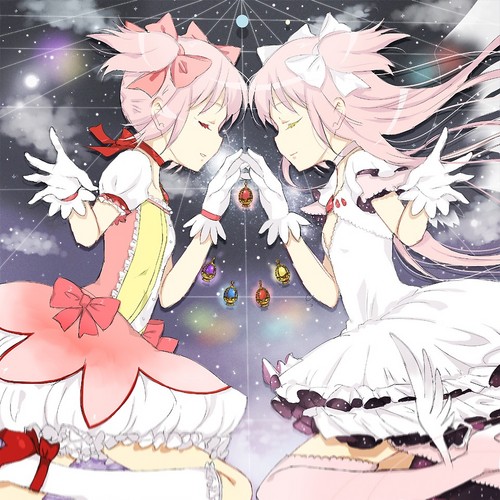 Talorael Feb 17, 2019 2:57 PM
Just finished Death Parade! Thought ist was great, loved the story, music and animation. Also found it really thought-provoking, the strugles people have in life and with death. The different views from the 'guests' felt realistic. And the nice bits of comedy in between lightened it up, which I think was great, so that it wasn't too heavy to watch.

Talorael Feb 16, 2019 6:13 AM
That's good to hear. Some of these anime start off really strong and then either loose their edge and become boring or have this really anticlimactic ending. I definitely agree with you on the anime from what I have seen so far.

Will let you know what I think when I've watched the whole thing :p

Saw you watched Death Parade just recently. I've started watching it yesterday :).
So far I really like it, what did you think?

Enjoy it, I havent seen it, but I've heard that its pretty solid.

So what is ur favorite anime? :3

How are u doing?

AltoRoark Jan 28, 2019 2:19 PM
Pardon the late reply, but yes, I have read the manga...up until where the anime finishes. The adaptation is very faithful story-wise, so what you find there is what you'll get in the manga, albeit with inferior art and less character expression.

High school is not at all far beyond the point where you develop your own sense of morality. Children, before their teen years, develop their morality by internalizing family values and authoritative rules. External factors make up most of this development, and they are likewise very important to consider with Mei. Emotional abuse of Mei dates all the way back to a very young age when her father disappeared. The rest of her childhood is practically devoid of proper emotional support or parental love, coupled with constant pressure from maintaining the honor of her family name as well as her onerous school responsibilities. She's almost never referred to by her peers as Mei, and is viewed only as an extension of her family name. This is already looking pretty awful for her moral and psychological development, and only gets worse when considering her sexual abuse. While the exact details of this aren't specified, the effect on her tells us enough. It's perfectly reasonable to infer that toxic relationships with Amamiya and the like have been present around her period of developing her own moral values, presumably when she became of legal age. This up to now is a long enough time for this to result in Mei as we know her, overflowing with unhealthy perceptions of relationships and unhealthy coping mechanisms.

As for a happy ending for Mei, the ending of the anime is by no means the ending of the whole story. It's not even entirely happy or definitive, as the romance between Yuzu and Mei has yet to fully blossom. So for the desired "jump" in Mei's character development like with Scar, the manga is your best bet for now. And luckily, from what I've heard, the quality of the writing improves drastically beyond this point and much more of Mei's background is explored.

AltoRoark Dec 30, 2018 5:47 PM
I appreciate the time and effort taken to give me feedback like this. It really does me good to receive constructive responses that allow me exercise my thoughts effectively. That said, let's get on to what I have to say on this.

Yes, it's very clear to us that Mei's sense of morality is, like I stated, utterly fucked, and she has in fact suffered from abuse herself. Her whole relationship with Amamiya was exactly that, and this presumably isn't the first time she was in an affair like this. On top of that, the fact that she’s fully aware of his intentions and accepts this sort of treatment, displays an effect of emotional abuse and a warped perception of how relationships work. Couple this with practically no emotional support from her grandfather, and I think it’s pretty evident here that Mei was not raised as a “completely normal teenage girl.”

I’d like to know what your idea of “addressing” something like this is. As it stands the way she operates is clearly shown to be abnormal, and is portrayed as an actual conflict that Yuzu makes an effort to amend. And Yuzu almost always retaliates in response to these actions before they diminish later in the story. The nature of Mei’s character is evident to the audience. Yuzu even says “you’re terrible” to Mei explaining that she just wanted to control Yuzu. If this isn’t your idea of “properly” addressing her mannerisms, then I’d like to know what more the story could’ve done to convey this.

I also don’t understand the logic that getting a happy ending indicates that her actions are condoned, considering that her unfavorable actions are not what even led to it. Mei has shown improvement over the course of the story, with the Matsuri arc being the most evident of this. She expresses vulnerability and self-evaluation to Yuzu, and later acts on her own accord to make things right between Yuzu and Matsuri.

I see FMA: Brotherhood as your favorite anime, so I’ll ask this: how do you feel about the fact that Scar, a mass murderer, gets a happy ending? As far as I’m concerned his actions were more unforgivable than anything Mei did. Would you say his happy ending condones this? Of course it doesn’t, because Scar learned the error of his ways and worked towards doing good. This to me seems a hell of a lot like the case with Mei here.

Perhaps I was being somewhat insensitive by just how I said that one line about the extent of Mei’s actions. Nonetheless, I still had a point to make that Mei isn’t irredeemable. I don’t intend to downplay the effect that this has on Yuzu, because it is shown to have a negative effect on her. Yuzu is left with confusion, feeling both animosity and attraction. Considering that Yuzu had feelings for Mei well before the first assault, it’s wrong to think that Mei’s unwanted advances towards her were the foundation of the relationship.

As for the dialogue, I honestly have nothing of worth to say on that front because you really didn’t add much other than an anecdote. I have no idea what your group of friends is like. In fact, my counterpoint to that would be that the author of Citrus is, wouldn’t you know it, female.

So there you have my responses; glad to have talks like these.
All Comments