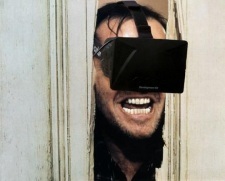 Jojobro Apr 17, 2:31 PM
It's great, definitely one of the best sports series I've seen. The characters are fun, the art is good, the animation isn't amazing or anything but I think for a show with detailed character art the characters move pretty nicely. If you liked Kuwabara in YYH you'll probably like Sakuragi, he's the same kind of goofy delinquent type character. My only complaints are that some matches feel like they take forever, like the current match I'm on has been going on for 12 episodes. Also it's an incomplete adaption. I've only read a few volumes of the manga when I was like 13 but I know in Japan the manga is considered a masterpiece. So maybe at least check that out.


Did you?I probably change this one soon😊

Laruto Mar 7, 9:12 AM
It's actually pretty enjoyable. I put off watching the Naruto Shippuden last movie and it was quite frustrating as they could've done a much better job showing the blossoming love between NaruHina.

I put off watching Boruto as a result as I wasn't a fan of a lot of the character design changes.. esp Naruto's haircut....still bothers me to this day...lol... but it has been a mostly surprisingly enjoyable series so far.

It's nostalgic seeing all your fave characters again but older and it's fun seeing some of the pairings and resulting children.

The children all have mostly unique personalities to their parents and you still get to see all your beloved characters throughout the series.

Most story arcs have great fights, interesting stories and the children can hold their own in being the forefront of the anime. I'd say it's mostly a lighter feel due to there having been peace for so long everywhere so it fits in with the storylines.

It all just feels like a pretty seamless continuation rather than something completely new.

If you are a diehard Naruto fan you will most likely enjoy Boruto as well as it captures the same feel of the original series. Have fun watching!

eblin Mar 5, 12:28 PM
hmm its okay i suppose, i didnt finish with tho.. its a bit interesting but doesnt hook you

rabidinfection Feb 2, 9:18 PM
I liked the art. The story is pretty vague though. None of the characters talked, so you kinda just have to figure out what's going on. I guess there's supposed to some type of inner conflict that the main character goes through, because he fights this little kid that looks exactly like a younger version of him. I liked it though.

RX-782 Feb 5, 2019 10:26 PM
I would say it is.
It’s been a while since I read it but I do believe if you have a slight understanding of the Gyrps conflict(MSG Zeta Gundam) then you’ll know what’s going.
The story starts after the one year war (First Gundam) and then enters the Gyrps conflict. But the story definitely holds on its own.

CodeBlazeFate Sep 17, 2018 4:19 AM
I get the feeling you might still like it, particularly if you enjoy the more realistic-feeling military tactics and scenes, and how the robots don’t just get repaired by the next episode all the time.