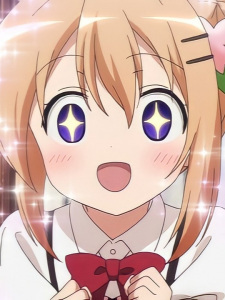 People compare it to SAO, so I never thought of watching it cause of that. And the way you elaborated it, it screams Kirito and the rest haha, it's even they same voice actor if I'm not mistaking. Lately I filtered my list a bit, so I'm trying to watch long anime first, so I can finish with short ones, but adding seasonals or seeing something new isn't helping xD

Same, I actually got a full time job as an architect about 3 months now, so it was a bit hard getting used to a new schedule and finding some time to do other stuff (mostly anime and manga :P), but now I'm all fine. What about you, how has everything been? Good luck with everything ^^

be4 Nov 27, 2021 8:51 AM
Thanks for not forgetting I really appreciate it ^^
Sorry I've been busy with my thesis, but I finished it a couple of days ago and graduated, and now I'm replying after a long awaited break haha.
How have you been? How's everything going?

EvitaDiani Sep 11, 2021 12:17 PM
Yeah, I’m hella good but as you 😂I wanted to have more time for myself especially cause I had to finish school homeworks and didn’t have quite a lot of time to watch my favourite stuffs duh 😒… anyway I’m really excited to start school [in 2 days :3 ] bc I miss school and learning new things and seeing my fav people everyday and dealing with teachers you know… and don’t worry in the first weeks I will have enough time to dedicate my free time 💕

I really thank you a lot for the recommendations again, you’re such a saviour man! 😂💗💗

EvitaDiani Aug 28, 2021 6:59 AM
Heyy I’m back !! I’m looking for some new anime recs! Lately, I’m a fan of toxic issues, have you watched anything inherently? Ohh and I’ve just finished a really cool toxic j drama (kakafukaka), maybe you don’t watch this kinda stuffs but this one is really great! How have you been?

EvitaDiani Jul 23, 2021 9:47 AM
Just felt the way to tell you how much I’m enjoying Yesprecure 5 for all the good messages my life has received recently. Perhaps it could appear ugly, but those messages are really put in a methodical and accurate way to make feel the spectator better for sure.
Sorry if I share to you this, but I really have no other friend that is interested in this show. 😔

be4 Jul 5, 2021 12:53 PM
Haha! Well many 'darker' stories have all the hints and nothing really happens, so I thought this might be one of those. It was a little bit mixed with "history" so sure there'd be deaths but not to this extent xD (no spoilers haha). Hakobiya was my fav after Satsujinki (weird yeah I know), but kind of thought at least Ippanjin would survive, since she was one of the good ones, even though she did end up killing someone, but only as self defense, so I didn't count it. Akame was one of the first anime I've watched that really broke me, I was upset for like 2 weeks, just never thought the story would ever end up like THAT, but at least Akame survived haha. Was the manga very different from the anime? I planned on reading it for about 2 years but it just hasn't happened yet xD

Yeap there's always an onsen/beach episode no matter the anime xD
I missed watching a more 'rough animation' type. OMG there are so many memes, like how is that even possible, but that's why I love it.
Hmm the first part was a very weird kind of fast start, and then BAM Jojo died, and I had no idea how the story'll continue, but then I liked Battle Tendency cause the new Jojo :P was pretty funny and weird, while Jonathan was a bit meh. The Stardust Crusaders first part was good, but I loved the second part, even though damn the last eps, why do mangakas like to kill the characters off, the moment I started to like Iggy, yeap that happened T^T I started the 4th one, so far not the biggest fan of the new animation, but the story seems good so far and Jousuke is interesting, different nature compared to Joutarou (my fav ^^), but still........Did Dio really die? No spoilers, just yes or no, cause I'm too afraid to google it xD

I don't know why I removed it from MAL! It's the 29th, thanks for asking though ^^

EvitaDiani Jul 4, 2021 2:16 AM
I've started watching Adachi to Shimamura and I really love it. In general I love how in anime they act so shy to accomplish things and this one has an astonishing graphic. Really really cool! I wanted to ask if you also could recommend me some romance anime you really loved. Maybe you know better this section. 👉👈

Really, that's what it seemed like to you!? I really thought it'd be a nice story, a sprinkle of Japanese culture with a bucket full of drama, but nothing too much, especially not tragedy, after Sawa's and Asahi's story that much was enough for me. I guess I should've asked you before xD The ending wasn't that bad, but still I'm disappointed... Oh I loved Akudama, but that one did look crazy from the start, I mean like, come on, Isha, Kenkaya and Satsujinki with all the 'things' they did (mostly murder but whatever) were obviously gonna die, but Hakobiya-san was a slap in the face.....btw I'm guessing you have watched Akame ga Kill, right!? Tell me once you finish Jouran, I really want to know your feedback, since you kind of "predicted" the ending from the beginning :P

Whatttttt Mars????? That sounds plausible xD Is there a lot of fanservice?
I'll maybe watch it (huge maybe) after I finish Jojo. After years and years of memes I didn't understand, I finally started it today, cause I saw one yesterday that looks so funny and ....yeah here we are. I'm doing this just for the memes xD