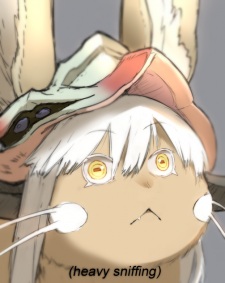 UptightGnome Jan 5, 2020 11:14 PM
>against degeneracy and throws a fit over NTR
>made in abyss and monogatari on favs

Adolf wouldn't be too proud, comrade.

Nikolai_M Nov 10, 2019 6:28 PM
Yeah I agree, I really hate how the the death of community, the family, and defying natural law are cornerstones of the modern world and Republican Democracy (which itself always becomes a kakistocracy) . The system ever pushes itself to further degenerate the natural order of things.

Nikolai_M Nov 10, 2019 3:01 PM
So are you a Monarchist, a fashy goy, or a N-word? Me personally I Identify under general Anti-Republicanism, anti-egalitarianism, and Pro-Hierarchy . I'm tired of this sick, hedonist, degenerate world we live in today. Hbu?

sammyk124 Sep 2, 2019 3:11 PM
You're so right, Eren has to get with her while she's in her prime xD
Yess, I didn't watch mainstream anime for a long time so now I'm trying to catch up. I love it a lot so far, it's pretty much my ideal type of anime to watch. You should rewatch it. Ah Kirito was my first anime crush. Ichigo easily became one of my ideal anime husbandos, almost everyone in Bleach is worthy of becoming either a waifu or husbando.

sammyk124 Aug 31, 2019 11:54 PM
I feel like they will happen, it'll just be in a very natural and all of a sudden type way. Like once Eren is satisfied with himself and his goal and is at peace he'll finally look around him and see that Mikasa has always been there for him. Like he'll just randomly be like shit, I should marry this girl or sum, and just do it. I know Eren loves Mikasa just right now it's in a best friend way, but he'll eventually realize it's beyond that imo.

sammyk124 Aug 28, 2019 1:52 AM
Me too, we needed a future with someone who was intelligent and could come up with clever and sharp plans, but I get what you mean. I feel like Armin lacks the "charm" of leader, essentially the ability to speak to the hearts of your comrades. You're exactly right, I will never forget Erwin's speeches because hell, that man made ME want to charge to my death when I'm sitting at home and watching this shit on a screen. He knew how to talk to people and it was so persuasive, he gave hope and a purpose to people who believed they're deaths and effort wouldn't do much, rendering them unwilling to fight. I understand Armin's anxiety and fear, tbh I think I'd be worse than him but at least he can think of great plans even under such immense pressure and time limits. He was, Erwin's "SUSUMEEEEEE!" will forever be iconic from now on.

You're right, I don't read the manga but I often view pages from it and yeah, her hair is super short which I don't like. I like Eren's hair, the man bun looks good on him but I preferred Mikasa's long hair as she had in the first season after she cut it the first time. That was a good length and she looked cute.

sammyk124 Aug 27, 2019 1:22 PM
I know Armin was the better choice but I just didn't want to lose Erwin. I also feel like Erwin was the last person Levi could consider family and now he's dead. Levi just loses so many people and it upsets me. Erwin gave me security and reassurance in a show where there isn't any. Hopefully, Armin grows up to be just a strong.

sammyk124 Aug 26, 2019 1:50 PM
Honestly, I was really sad when I learned about it. I knew since before the season cause I got it spoiled for myself. So I was anticipating it but I wasn't prepared, I loved him as well. A great commander that cannot be replaced.

Black_Sheep97 Aug 24, 2019 11:05 AM
Hows the made in abyss where it is now compared to the anime now? same question for the ancient magnus bride

sammyk124 Aug 24, 2019 8:15 AM
Yes after episode 19 KnY became a part of my top 10 for sure. Everything about that show is amazing and it never has a dull moment. I have yet to see episode 21, but yeah I actually love Inosuke and Nezuko is the most adorable thing I have ever seen. And she's a demon xD

Quit trying to make mountains out of a speck of dirt. And my points do make sense, you just have your head stuck in a dark hole that smells like shit, which is why you fail to understand the points being made.

Ntr is cheating, yes this is true. The problem with your argument is; NONE OF THEM ARE IN A ROMANTIC RELATIONSHIP WITH THEIR PARTNER.