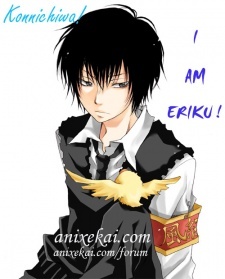 Welcome to Card Dreamland's newsletter! (sorry for the weird heading, we'll be changing that) We will be sending out newsletters for new events, activities, goals that have been reached, and much more!

Thanks for taking the time for reading this!

Zetto92 Mar 31, 2014 10:44 AM
☆Good Day☆,
Would you like to be part of a community of avid Anime and Manga lovers? Looking to make some new MAL friends?
Then, join us today here at ~~ANIME FAMILIA~~where there any not only fun Club Games and Character Sign Ups, but various LE, SE and other unique Card Editions and Badges available. Also, there are Official Member Cards to collect to show that you’re part of our awesome Club. ＼(^o^)／
So if you’re interested, we at Anime Familia, would love to have you there. ^_^
We look forward to seeing you as your presence will help us reach even greater heights.（＾ｖ＾）
Until then, have a wonderful day!

Midnight Madness is Back!
It's the club's 3rd year and we are proud to announce that we finally have....Official Club Badges! And also some wonderful new Member Cards.
Look forward to some of our future editions and events:

Games/Events
Counting Up! - Watched or Not (Anime) - First Word

There will be future discussions thread and more games later on

There are many openings for staff right now! Join here!

It pass May 24th and it's time to revive this club!
If you still want to be part of our wonderful staff, please reapply here again.
(This is a chance for those who wants to switch jobs or quit)

If you can't/don't want to be part of our staff this year, I would live to thank you for giving us a wonderful year last year! You guys are amazing!

You better check that out, Who knows it could be bad, or just a normal lu but you know, just in case

Froppy Mar 28, 2013 8:12 PM
Your welcome, although most of my late replies are mostly due to laziness lol I take time to respond rather then typing out a simple answer. Sometimes responding to someone takes up a bit of time b/c I want to get my point across and can sit there rereading/rewriting something and I'm just not really in the mood to do so.

Yeah I know I just haven't been watching anything lately other then Yu Yu Hakusho and Psycho-Pass as well as not really being in the mood to get back into it yet but I'm pretty sure I already know how it ends due to a lot of the blogs on tumblr I follow post a lot of anime gif which makes it impossible not to see spoilers from different animes. Oh I didn't know there were getting a new season I'm guessing with different people?

Well your not the only one reality is boring we may have the brains but evolution let us down after all were's my night version/flying powers? On our own humans are pretty defenseless...if we had magic powers like in Fairy Tail (or X-man minus the mutant hate) things would be more lively but then again more chaotic. Along with saying that that to maybe become pretty mundane b/c in turn that's our reality and having known nothing else we'll likely grow bored of it to.

Lol and which anime is it that your hoping to get sucked away into?

haha my style and just what would that be? :3

puppydoglvr Mar 24, 2013 2:50 PM
Reading manga and books of course ^_^ I have a whole bookshelf in my room- takes up the whole wall xD
All Comments