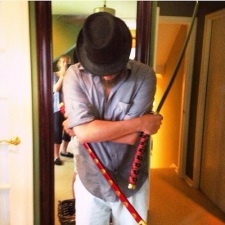 hi2bye4hibike Feb 22, 12:45 PM
atleast someone who appreaciates redo of healer

JudoJD Mar 9, 2020 5:58 AM
Don't worry about the FGO fanboys. Being a Fate fan (kill me for saying that in this year), I can confirm the fanbase is hella..I hate this word but..toxic. So I hope you survive cause they cannot handle someone saying they don't like this bs.
Like you mentioned, they have this idea that "good adaptation" AKA "animated as much content as they could" means an anime is good then they'll lambast things like fate/Zero and Fate/stay night Heaven's Feel for being "bad anime" because they aren't exact replicas of the source. but then when you compare their writing to this so-called infallible perfect adaptation that is Babylonia, you find Babylonia is a total piece of crap anime. Well not even in comparison to its peers..in comparison to other anime in general. The character and story writing in Babylonia makes me embarrassed it's from one of my favorite creators

Bordering on also doing a write up explaining just how horrible that anime is cause "OMG GoOD ADAptAtION...LooK At AniMATioN.. TheReFore MAsterPiecE" is too shallow a mindset to not get vexed by. I'm thinking more like 2/10 on a sunny day though

Also the show has too much fanservice even though my other complaint is about them not doing fanservice.

those are the only 2 negatives I have, that means 1/10

C_M_ Jan 31, 2020 6:01 PM
lmao at all the triggered FGO fans and them not being able to tell how much your profile is dripping with sarcasm.

nyahgust Jan 4, 2020 2:50 PM
your review seems legitimate in terms of content and complaints, honestly.
i do find it pretty strange that you ended up giving it a 1/10 rating though, the writing makes it seem like a 4-5/10 at worst?