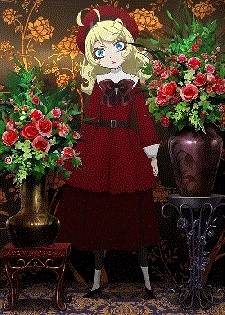 Lab_Mem_Num001 Jun 4, 2020 2:34 AM
Hi! I was watching a YouTube video from an account called @KhorAnime that was posting a video about the sub vs dub of Ghost Stories which is considered to be one of the best dubs ever made due to how hilarious it is. In the YouTuber's video, they had an intro that I found super cute and it was driving me nuts trying to find out the name of the song. I used Shazaam to find out that the song was by Little Glee Monster called "Girls Be Free". I posted a link to both the full song and the intro she used for the video.

But anyway, in the intro video that I posted, the YouTuber was also nice enough to post the names of the moe anime that was in the short intro video which I also was dying to see since I thought the ones from New Game! and K-On! looked ridiculously kawaii! I was getting ready to download the anime so I could watch it and I went to find out what people thought of the dub vs sub for it. I will always prefer dubs unless it is really bad and I noticed your comment, or rather, your username. I am a huge Steins; Gate fan and now I know why I couldn't use ElPsyKongroo as my username like I originally wanted to haha!

I also noticed that you listed Evangelion amongst your favorite movies and anime series and you also listed Gunsmith Cats too which I just watched last week! So I figured I'd introduce myself and was hoping you'd find my fun time browsing the internet and finding your account humorous! Friended you!

Kurtmo Mar 24, 2016 2:42 PM
The last quarter? I really would just say the last two episodes, because that was the worst part of it, though as I said before, I think it can be excused with the fact that their budget was running low and the movie that came afterwards. I think the rest of the episodes were great though.

Rei started of only showing emotions to Gendo, but developed into showing a lot more emotion later in the show. The thing in 2.22 is just that it happens immediately. She's asking Gendo for favors, she cooks for Shinji and she stops Asuka from hitting her. She just acts a lot more out of her own will from the start. If you have watched Demo's videos, you'll know this already, but there's a lot hints that the rebuild movies are sequels. Kaworu's lines for example. If this is true, then it makes a lot more sense that she acts like this. Otherwise I don't really like what they did to her. I didn't even consider Asuka a tsundere before I watched the rebuild because she obviously didn't like Shinji that much in Neon Genesis. It's also going to be hard to tell us her whole backstory in the last movie (her backstory was mainly what kept her from being generic) since it has some explaining to do about the third movie.

The last episodes of Neon Genesis can be explained since the movie was made. If you analyze it, it'll make sense. This is not the case with 3.33 though. It just lacks explanations. There's no way to understand it other than waiting for the fourth movie to hopefully explain it, which is stupid since it's been years since 3.33 aired and we still haven't gotten the fourth one and it needs to be very long if it wants to explain everything. So basically, the last quarter of NGE wasn't nonesensical, it was just hard to understand while 3.33 was just nonesensical. The rules that applied to NGE doesn't apply to 3.33 obviously, so we seriously need some explanations to know what's going on.

And no. I did not watch that god awful dub.

The first rebuild movie is pretty much the same thing, though the problems I have with it, is that it is rushed. They leave out so many good details in it, the directing is not nearly as good as in the original and the feeling that something else is happening in the background is just gone when you see Rei in the start of the movie, because it has been done before. They don't work as stand alone movies either since a lot of stuff in it isn't explained, so you have to watch NGE no matter what in that case.

The second movie gets worse I think. The characters are just so simplified. I hate what they did to all the characters, especially Shinji. The whole special thing about Shinji was that he was a very wimpy, but realistic character. Rei is overflowing with emotions and Asuka turns into a generic tsundere.

I'll admit that the action is a lot better in the rebuilds, even though I really hate the CGI animation in it.

The "pretentious shit" part is simply something I do not agree with. I will admit that the last two episodes were pretentious, but it can be excused with the movie that came after, which is my favourite movie of all time.

You should really watch the third rebuild movie. That is one of the worst movies I've ever seen. There's no mindfuck in it. The reason why the movie is hard to understand is because there is no explanation for what happened in it. I mean, seriously. The fourth rebuild movie has to be 16 hours long in order to explain the bullshit that happened in it.

I highly recommend that you watch Demolition +D's videos on the rebuilds and the original. It explains perfectly why hardcore Evangelion fans tend to dislike the rebuilds. And it has a lot of knowledge about Neon Genesis too.

I respect your opinion, but I disagree with it.

I laughed way too hard at that pic. <3

I see you are staunch in your beliefs! I respect that indeed. Perhaps a little bit more open-mindedness though, personally I would appreciate, no?

What manga is this from?

Thanks in advance.
All Comments