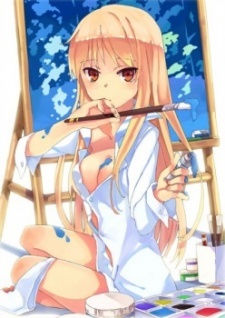 FireFly1 Aug 4, 2013 2:22 PM
sorry for late reply p-p as for Higurashi, yes it is VERY creepy. I won't give any hints at the story becuz if I did it would just end up being a spoiler other than it being a horror (doubt it will scare you) with lots of gore. It is also somewhat of a mystery becuz as you go thru the show, more questions arise and each of these questions is slowly answered throughout the series. Also, the character designs look very moe to contrast the innocent characters with the f@#ked up situations that they are put thru.

As for why I recommend it as a summer watch, the story takes place during the middle of a festival and the colors suite summer very well. I don't really think horror suites summer too well but the art work works great for the occasion (also, if you were to continue to Kai, that seperates from the horror genre and is even more suited to the summer).

Yeah I took a short break from anime after watching Ano Hana. Just to let it sink in, also im in no hurry to jump back into the average stuff after seeing a really good show.

Nope I haven't, any because of all the stuff ive been dealing with, I dont think Ill be able to see it for a little while longer, definitely by the end of the month though!!! With reviews like that, I'll be even more motivated to get to it :3

CLYDESDALE Jul 7, 2013 2:14 AM
No, sadly... so so sadly, there isn't a second season. Also, it seems as though Campione! wasn't too popular in Japan, which is what really matter when it comes to anime getting second seasons. 8*( I know, I'm crying too and I definitely feel like it's unfinished as well. The only thing I can tell you is that if you want to learn more about the story, then read the light novel. I haven't, but it's on my PTR list... Maybe. Well, it's definitely on my things to do list.

Well, I didn't really see how the endings were too different. The anime pretty much has the same ending as the manga, doesn't it. I mean, it's been a while since I've seen/read them(possibly like a year), but I remember them being similar.

On another note, did you really feel like Tsubasa was as good as xxxHolic? I never got around to reading Tsubasa, but as far as the anime went, I liked xxxHolic MUCH better.

CLYDESDALE Jul 3, 2013 4:37 PM
Basically, xxxHolic had to end before it was finished. I forget why, but the creator wasn't able to complete it, but he said that most people were happy with the ending, so it wasn't a big deal. I'M NOT HAPPY WITH IT, THOUGH!
I agree with DBZ. I can't even stand to watch the subbed version. Goku's voice is played by a WOMAN! I think Gohan's is too.
Yeah, Campione! is pretty much the best Harem of all time. I'm not surprised that you are liking it. That Erica is just a babe.