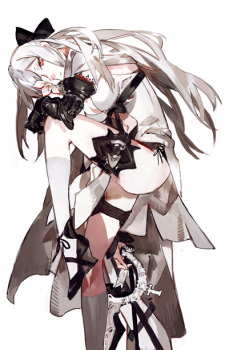 Aryaragi Jun 21, 2:19 PM
The switch is super expensive in india, and it also doesn't help that the games never get cheaper here. I've revived my 3DS though... Added a custom firmware and now I'm playing games for free. Currently enjoying the phoenix wright trilogy. Also I played ocarina of time again and I might just splurge on a switch just for breath of the wild.

Aryaragi Apr 12, 9:55 PM
Damn. I should watch some stuff with you guys sometime. Recently, I re-watched Seirei no Moribito with my girlfriend. India is under lockdown, so no going out etc. Talking about jobs, I start my new job today :D Joining as a Senior Analyst in Ab-Inbev.

Since I get decently paid now, I was thinking of buying a switch or maybe even save up for a PS5.

Aryaragi Apr 12, 9:01 PM
Hi dude :> I miss you too. Watching crappy anime with you and marq were some good times xD Anyway, what have you been up to my man?

-Seniorious- Apr 8, 3:00 PM
Oh RIP. I stalled it to come back and read the game in Japanese, but honestly, Masada's level is simply too overwhelming. Especially Mercurious lines which are extremely vague since he talks in a roundabout way, not to mention how the whole game is just crazy. So chunni isn't your thing? I think something like Sakurai's WAB series would be appealing, but it's just me as the series seem to be very controversial out there...

Leilana Dec 31, 2019 1:13 AM
Can I add you on Discord? I might disable my MAL comments in the near future, but would still like to keep in touch with you

Leilana Dec 22, 2019 10:36 AM
Yeah she's not terrible or anything, but she just doesn't stand out as much as the other characters. Replaying is a bit time consuming and I'd much rather spend that time on something new, but yes, it is a bit difficult to do when it's something longer and you're already familiar with the story.

For sure. It's understandable why some people don't want to support their backers.

Oh hmm... well, that is quite some high praise for Dies Irae lol. What type of VNs do you like? Maybe the final route will save it for you, but it's hard to say since the routes are very similar to one another format wise and whatnot, but just show events somewhat differently. I've been playing Bokuten and it's really good. I haven't been so immersed in a VN for a while now, so this is a refreshing experience.

I've heard mixed things about it, so I've always been uncertain about it. Sounds like a good experience to go through just for laughs then. Ohhh how lovely.. I wonder if I could handle it in that format.. not too sure, but I'll hold off on it for a while.

Leilana Dec 9, 2019 8:55 PM
Oh good choice! I found all the girls pretty great, though Chihaya was my least favorite. Now that I think about it I wouldn't mind replaying through it with new content since it'd be a nice refresher for me. Yeah something like that or it just being extremely delayed and lack of communication from SP’s side so backers don’t really know what’s going on. Just seems like SP has a bad reputation with kickstarters, but luckily enough it met the goal. I don't usually keep track of them, so I'm not really sure. Oh really, so you didn't enjoy any of the routes after Kasumi's? Kasumi's route is definitely the weakest route imo and it doesn't help that she's not an interesting character either. I think it does get slightly better in the later routes and Rea's route is better overall cause that's like the bulk of the story, but hmm yeah last route is a bit long so it could be difficult for you to get through if you haven't enjoyed the other routes. I'm actually surprised you were able to read so much of it with lack of interest, especially since it has a lot of dialogue.

Oh lol. Well I guess there's still more to the story after the first game huh. I tried another horror game that had more of a cutesy artstyle to it thinking I could handle it, but nope. It was one of those games where you have to run away from stuff that chases you though and I never handle those very well, so that could be why. And ah, so Corpse Party is basically just your average horror movie lol. Hmm well it's not top priority for me right now. I was just curious about it.

Aaaw that's sad.. well it seems like it will still be a while before we get it anyway, so maybe by the time it comes out, you'll feel differently (hopefully!). Whose your favorite girl btw? Oh Inoue has a sprite huh, that's interesting.. and yeah I hope the new content is enough to the point for a full replay cause I usually don't like re-playing VNs again since I have a huge backlog. Is it lack of interest in Dies Irae or are you just busy? I know how difficult it can be to invest time in VNs and Dies Irae is a long one. Ah yeah, glad to see the kickstarter met its goal, though I've seen a lot of people not wanting to support Sekai Project because of not receiving backer rewards and whatnot. Feels like we've been waiting a while for Rewrite+ so I guess the kickstarter means it's closer to getting an English release.

I saw Corpse Party BloodCovered on your list too and was thinking about trying it out at some point (ofc going through the other ones as well though and not sure if you played those as well), but I'm a huge wuss and not sure if I can handle horror even if it's in a VN format. Also, from reviews I read, Corpse Party 2: Dead Patient is incomplete(?) , so I'm not sure when it will be fully completed, but yeah.. you gave it a 3, so I'm guessing you didn't like it much. I honestly just wanted to play the later ones cause visually wise it looks kind of fun to play. Kind of surprised they are still considered VNs though cause it looks like it has more gameplay

Are you excited for Rewrite+?

Still up and running, don't worry about it fam. what about you?
Same goes for you, hmu on discord if you want, i'll get back to you when i get to actually run it

are you referring to the US ? 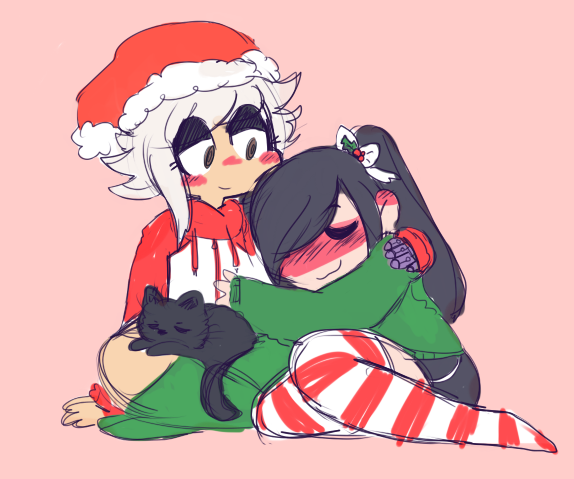