hydro Jul 4, 2016 12:28 AM
I'm fine with anyone but Portugal winning. They haven't won a single match in 90 minutes and just keep scraping by. And in addition to their in match luck, they also have endless luck with the draw and tournament structure. Finish 3rd in their group below Hungary and Iceland (lol), then the BS new format not only doesn't eliminate them, but puts them in the weaker top half. Then they barely squeak past teams, then for a cherry on top Belgium gets bundled out. Plus they have some unlikable players.

At least you've moved on form FFXI lol.
Any preferred genres? As for general recs you've seen most good things I have but there's a few you might like:

I've been keeping up with it. Lol at England. But they have a decent young team now, and have a good chance of doing better in the future with a semi-competent manager who plays people in their preferred position. Belgium vs Germany/France looks the likely final now.

So what have you been up to?

hydro May 31, 2016 1:39 AM
Now that you've watched Qwaser, does this hardcore Display Picture + vague synopsis seem a little misleading? What would you think if you saw this manga page knowing nothing else about the series?

Red-Eyez Mar 23, 2016 9:43 AM
Not Sora no Otoshimono :D You can add a picture in place of the banner on top of the anime list. *Tuturu~* ♫ I went overboard and picked to many shows to watch this season. I'm NOT going to watch much for the spring season other than Kuma Miko /Girl meets Bear. The new layout on MAL is ok, although it was fine the way it was.

Red-Eyez Mar 21, 2016 8:03 AM
You've been gone for a long time! Yes! Halloween! I've been good. ♪ Hope you are doing well. ♥ I've been watching some dumb shows. Most interested in Akagami no Shirayuki-hime, HaruChika: Haruta & Chika, and Boku Dake ga Inai Machi. I peeped at your anime list and looks like you need to chose a pic. How do you like the new MAL ?

Thank God for that. All these supposedly easy matches worry me, because the Spurs of old constantly lost these types of matches. Especially after EL fixtures, it's almost surreal seeing matches won this easily.
You don't want Leicester to fade? It gives a chance to Arsenal to win the league then. Arsenal have the best run in of the top 3 sides. I'd say they have a 40% chance to finish above Spurs. Considerably less chance to finish above Leicester, but lets say they fade then suddenly Arsenal have a very good chance to win the league. I can understand hedging your bets though, it's why I "support" City in years where United/Chelsea/Liverpool are in the title race, because City are the lesser of several evils.
Arsenal also had a good win against Everton. Everton away is a hard fixture in theory, but I was so certain they were going to bottle it, I not only picked Arsenal in the predictor but put my banker on it too. Martinez is a terrible coach, Everton have so many good players and look where they are. Their squad player for player is almost as good as Spurs. They definitely spent more in the past 5 years and their wages may be close too.

Yeah it's a unique scenario. At least they're Liverpool's problem now though lol. I swear these things are rigged. Spurs/Dortmund, Liverpool/United, Liverpool/Dortmund.
Some fans complained about the weak line ups Poch sent out, but I was happy for them. Even with a full strength side we still would have had less than a 50% chance to beat Dortmund over 2 legs. And even if we did, the are still pros and cons to continuing. The reward for beating Villa/Bouremouth was higher than the reward for beating Dortmund. 6 points > a QF place which may amount to nothing and only drain the players. And Villa/Bouremouth are obviously easier opponents, so it's easier matches for higher rewards. No brainer.
Liverpool are lower in the table than Spurs, but they will field a full strength team and go at it 100%, as it's their only shot at a trophy and CL football. So while Dortmund are still favs, it will be tougher for them this time. It's the only thing Liverpool have to play for.

hydro Feb 23, 2016 11:19 PM
Ugh. I would much rather we were out of the EL and still in the F.A Cup. Europa League is waaaaay too many games and waaaaay to much travel for the level of prestige involved in the trophy (less prestigious than CL, probably seen as less prestigious than Premier League, maybe on par with F.A Cup which is much easier to win). Plus a variety of factors (including the TERRIBLE 3rd place CL rule) means there's a surprising amount of quality in the competition. Why should anyone have to compete with Dortmund, Man Utd, Sevilla, Liverpool, Napoli, Shakhtar, Fiorentina, Valencia ect to win a 2nd tier competition. The EL has screwed over so many PL campaigns. Tottenham (x2), Everton, Newcastle, Swansea. Spurs basically had relegation form after EL matches and still finished 5th. Which means they easily had top 4 form when they had a week off.
Arsenal is all but out of the CL. So basically Tottenham will have EL as a distraction, while Arsenal will have F.A Cup. F.A Cup is way less games, waaaay less travel and a lot less hassle in general. But the fact we're out of the F.A Cup now means I don't really wanna lose the EL match, because then we're not in any cups. Winning against Palace and losing against Fiorentina would have been nice, but oh well. I want Spurs to progress, but I value a win against Fiorintina less than even one PL win.

Leicester are great. I'm super happy both Leicester and Spurs are all but certain to make the CL, really shakes things up. The 5-2 win was obviously untouchable, but the 2-1 win was a little dodgy. You were 1-0 when both teams had 11 men on the field, and even Henry said Vardy's penalty was legit. All in all I think a draw would have been fair, but the Arsenal win really shook things up didn't it.
Also I'm pretty sure the papers made a huge deal about City getting smashed by Leicester lol. City were favs before that after all.

It's funny, in previous years our performance in this has been like Spurs/Arsenal, but reversed. I'm Arsenal, you're Spurs. You stay with me until the middle of the season, maybe even nip in front, but eventually fade away as I inevitably win every time. But this season Spurs/Arsenal look like they're going to finish top 2. So I dunno what to do about that. I'm beating you, but I'm doing worse than I was. Dropped from the top 600 to outside the top 1500.
Generally with this I bet against results I want to happen. But I'm doing that even more aggressively now, and it's costing me points. For example, I keep betting on United to win and putting my banker on it lol. I'm extremely happy whenever United lose. Sunderland beating them made my day, but it also cost me 30 points (60 if we include opportunity cost of putting the banker on a more sure thing).

Anyways I've been alright, yourself? 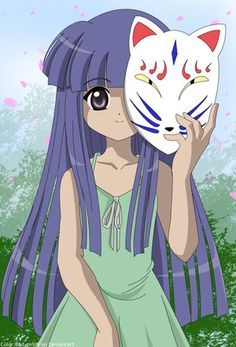 hydro Jul 16, 2015 11:20 PM
Having finally watched Chuuni I can see why you like Rikka and Sanae, they were awesome. Yuuta was also very good as far as MC's go. FukuJun should voice more highschool MC's with his epic Lelouch voice.

Red-Eyez Jun 28, 2015 5:50 AM
I've been fine, a little tired recently. Anything from the new season interest you ? I'll probably watch some other dumb shows but most interested in Akagami no Shirayuki-hime.

Red-Eyez Jun 24, 2015 8:48 PM
Sorry for the late reply. How are you ♥ Hope you are doing well.
Your not boring, your just doing something you like. (^_^)/ I read somewhere they're making another Star Ocean.
Try not to compare it with Fate/stay or Madoka Magica like the people on MAL. Madoka Magica was good but not the greatest thing since sliced bread. ♪ I liked S1 better than S2. It was all good till S2 and Illya split into two separate people. Not to sure about watching S3 as it may drift even further from the magical girl type show I like.