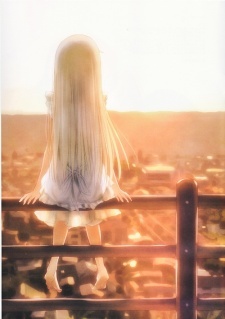 BanjoTheBear Dec 1, 2014 9:48 PM
Thanks for the kind words! It was a bit on the lengthy side, but I figured that was fine given how many episodes the "season" was! :P

Sukirima May 3, 2014 3:42 PM
I just got a fucking essay for it yesterday, i'm probably not gonna start until tomorrow

Sukirima May 1, 2014 11:10 PM
Yo I'm on hiatus everywhere I've been busy lately I'm only active on the weekends/late nights lol
Procrastinating much? I've been doing the same, I had to read 70 pages of a book and I just started reading the goddamn book today :D
That's good to hear, glad you're doing well

Sukirima May 1, 2014 6:11 PM
Ok I guess, nothing really happening now lol
I haven't heard from you in awhile how's it going on your side?

Aviz Mar 14, 2014 9:39 AM
Ya, eventhough i expected what would happen, the story was definitely great.
I also appreciate that you didn't tell the truth, that made me a little doubting whether he's gonna die or like you said live. I mean the only thing i could recall from the article was that he died and there was this image from him dying as well, kinda blurry though, but still.

But this makes me think that he's definitely dead:
Proof that Lelouch is dead

It's really similar to Guilty Crown, i mean the King's Power and almost the ending, when everything would have been according to Shou's plan. But there are also other anime, i don't wanna spoil for you that are following the same path as Code Geass.

Aviz Mar 12, 2014 9:52 PM
Damn it you said he doesn't die. But like i said i kinda expected the ending to be like this, i mean that everyone blame/hate him and with his death something new can be created. It was kinda obvious i mean the whole world was against him so they were already united in some way.

Nevertheless great anime i really did enjoy it much.
Brings back memories of Guilty Crown.

Still i was quite shocked when the Geass accident happened.

Hope the following isn't the biggest spoiler from this anime. You know the only thing i know is that he dies at one point, but that's what i'd guessed even when i wouldn't have known this. It was mentioned in an article about Guilty Crown back in the days after i finished watching it and i haven't forgotten.

Never thought i'd enjoy this anime. :D
All Comments