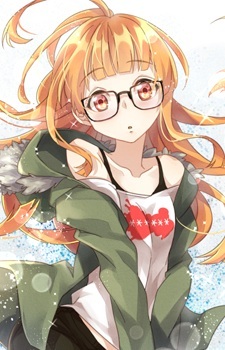 rosenwald Mar 11, 2016 8:46 AM
Thanks for accepting my friendship request! :)
I bumped into your profile while scrolling MAL and noticed that we have similar taste, so I'm going to take some inspiration from your anime list, to find new worth watching series. Regards! :)

GhibliMeister Dec 13, 2015 7:38 PM
I saw your Zankyou no Terror review, and it was really awesome. Yoko Kanno is one of my favorite composers of all time. It's amazing how her music's quality has remained consistent over time. Which work of hers do you think was the best?

KeyMovingForward Apr 18, 2015 11:56 PM
Hey, you seem to have some very good taste! And I see you associate with Anime_Breakdown, he's an awesome guy. (Also, my name is Austin too)

literaturenerd Nov 9, 2014 9:28 PM
Your first anime was Stein's Gate!? Jesus you make me feel old! My first anime were god awful Americanized anime from the 70s and 80s like Speed Racer and Go Lion Voltron! They used to play on old cartoon network before cartoon network had any of its own shows and simply had old as shit cartoons. They would marathon WW2 era Bugs Bunny and Popeye on a frequent basis. I despised anime at first, but then I saw the first season of Pokemon, Dragonball Z and YuYu Hakusho and I began to like anime. Then I saw Rurouni Kenshin, Trigun, and Cowboy Bebop and really started to appreciate anime as a medium of storytelling. I always find it interesting how each generation of Otaku has its own tastes, its own sacred cows, and its own punching bags that everyone shits on.

Arsene_Lucifer Oct 29, 2014 10:21 PM
Thanks for accepting my friend request Austinn and nice to meet you!

Since you like Zankyou no Terror a lot too what did you think about the ending? Me personally I loved it. It tied all lose ends and left me entirely speechless afterwards. I doubt any other anime this year will come close to matching that powerful ending. Not to forget that soundtrack is amazing. My favorite track from the OST is VON with Arnor Dan doing the vocals. Can't get enough of it.

HanaFantasia Oct 10, 2014 10:00 PM
I see that you are planning to watch Mikakunin de Shinkoukei! :D Just to let you know, it is a great series! And since you like Renge from Non Non Biyori, I know you will like this character named Mashiro in that show! So Kawaii!!! (>///<)
Anyhow, have fun and stay awesome Austinnn.

GreenSoap Sep 28, 2014 3:21 AM
The characters in ZnT were so mediocre and bland.. It felt like I'd seen them before, but in a different show.

Oh, what's that? Lisa ran away AGAIN? Let's go to Bowser's Cas err.. I mean the bad guys and save her.