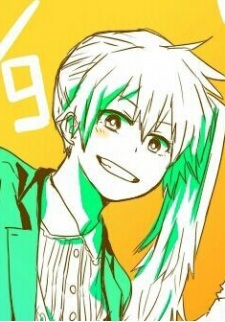 Sonal1988 Nov 1, 2017 10:03 AM
The FPS isn't as big of a problem in Kado as it is in Ajin, honestly. I can see why people have an issue with CGI - it's never been utilized properly, and that's mostly bc it takes a huge amount of money to make anime in CGI. Which means, compromises have to be made. Treat Ajin like Kingdom, and let's hope that it won't disappoint you :)

ChangeItSelf Jul 30, 2016 12:31 PM
That would be the original intent of the site, but it is not fundamental. I came here because it is easier to browse to find people and anime fans tend to neurotic like me. Or perhaps it is because I am neurotic that I tend to be attracted to neurotic people all over the internet.
You can define the best without arbitrary numbers. We are in a marketplace of ideas.; discuss and yell your way to the top. I have nothing against ranking things, but I don't care enough to.

It is either very cold or very hot here.

As aforementioned, I didn't get any worth from putting things on a list and it was a waste of effort I guess. Why do i want to remember anything? I don't. This site's purpose is just to talk to random people about stuff if I ever want to. It is more succinct and accessible social media outlet than all the mainstream ones.

mysteriousbish Jul 27, 2016 6:26 PM
Then why bother make a second season if you're just going to rush it? I don't understand why they're rushing the anime, seriously, I don't remember a prophecy saying making more than 13 episodes for d.gray-man's second season would end the world. Animes are meant to entertain viewers and ruining one of the best animes for me is not very amusing. If there is a reason they're rushing the anime, I will try my best to understand but no matter how I look at it, I see no point in making the anime if it's just for the sake of ending the series. This is only my opinion and I have no intention of offending anyone. I'm only doing this because the series deservea better than this

ChangeItSelf Jul 21, 2016 12:07 AM
I was asking more for an occupation or job, but that is probably a better pursuit, anyway.

I am not a fan of arbitrating opinions through numbers. It feels too easy. Easy things are boring. I don't like lists either. I don't see value in most art, so there is no point in scoring when I only like a few things.

So what do you want to be?

ChangeItSelf Jul 19, 2016 1:09 AM
When comments disappear, I feel delusional. You can't just drop and leave me hanging.
So what up.