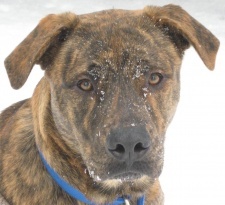 > This Review is only for the first two Episodes of Akame, as that is all that is out so far.

This isn't really something you should include in a review, if the reader doesn't already know this, then they could easily figure it out themselves. There's no need to pad out your "review" by including this in it.

> I have never written a review for a anime this early, but I feel the need to alert the masses that we finally have another great seinen on our hands. Or, at least that's the way it appears so far.

The thing is, Akame ga Kill isn't seinen, it's shounen. It even says this right on the animes page.

> The character development is already well under way, though we have only been truly introduced to three characters thus far. Everyone else is still very much shrouded in mystery, and we even have a lot to learn about the three we do have a small picture of.

I don't know what show you've been watching, but so far there's been absolutely no character development. The least you could do in your review is provide content to explain why you think this way, after all, this is what reviews are for. You can't just drop such a statement and then not explain it or you'll be open to questions from people like myself who know otherwise.

> The action sequences are a sight to behold, well on par with the greats.
This is definitely quite dark, with some incredibly twisted baddies and a group of antiheroes to combat them.

Not really, the action is quite subpar. So far there's been absolutely nothing to hold the viewer on the edge of their seat, like in say, Kara no Kyoukai or Berserk.

> There is also a bit of comedy, both dark and light; that provide a nice counterweight to the vile world our characters seem to live in.

The dark tones in the show are contrasted by out of place and unnecessary comedy scenes that make the show come off as childish and edgy. Good for teenage males, not so much for older viewers.

> The sound and art are both very well done; and in a style that I prefer, over the flashy CGI type animes that have been plaguing the screens as of late.

I agree on the sound, I quite like the musical direction. However, the animation and art style is quite average. There's not really anything that stands out or is even remotely fresh. It even seems to rip art style choices straight out of Higurashi.

> It has been years and years since I have seen a violent anime that I have deemed 'good', and I am so excited that another has finally surfaced.

Hm, I disagree, but personal preference I guess. I for one think the action sequences in Tokyo ESP are far superior to Akame ga Kill's.

> Overall, I'm rating the first two episodes as 10/10 and I really look forward to more.

Knarde Jul 13, 2014 12:02 PM
Use the discussion area, stupid, not the review area that's often for finished series...
All Comments