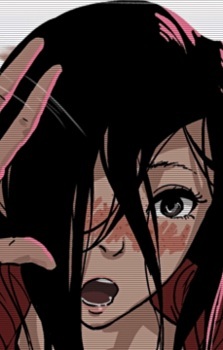 SweetKiichigo Jan 3, 3:32 AM
I'm pretty tired due to work. 2 coworkers are out for no give reason and I've had to stay late to keep things in the department full.
Hbu? How's your week been going?
Lots of food I'm guessing? ;) 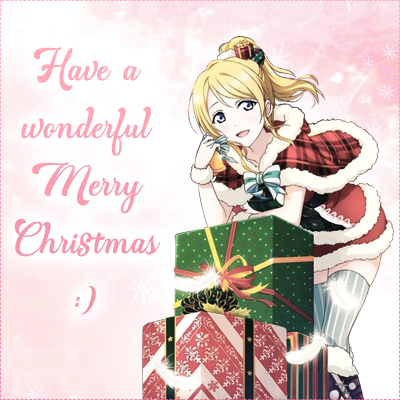 Yes, yes it is - let's watch it on Lifetime when it comes out and we can talk about it. xD

Yes, very, very, very much - it's so sad to realize that some people have not just grown up and have families by now, but died waiting for this game to be released at a mediocore reception. ;-;

Hmm, I guess you got a point there, Dime. Awe, you really are deserving of the title of big sister. ;-;

So i guess the elephant in the room has to be addressed at some point; will our communication mostly be based around instagram from now on? I imagine if otherwise it will be quite arduous for you to, for lack of a better term, garrison multiple fronts.

You can be a food critic :D

Lazy? Really? I not once in my time talking with you got that impression at all hahahaha, you paint? I never knew big sis! Artistic creation is such an enviable skill to me, I wanted to draw for most of my life but figured out a bit of time ago that my skill isn't making art but dissecting it, and that's fine with me. What are some of your paintings like?

Woah, I take it these are your equivalent of lifetime original movies hahaha?
Speaking of which... d-did you know this was a thing?

ALSO DIME! Okay, once again I know you're not a gamer but KNOW you have friends who are; did you hear about the hell a game called Cyberpunk 2077 made at 7pm est time? It had 8 million preorders, that means a rough equivalent of that number at once got on multiple gaming websites, all at the same freaking time - it crashed basically everything for about two minutes lmao. It's a great game too! Honestly, if you asked me how to get into gaming - I'd easily recommend this game to you because it's similar to real life, it takes place in the future and you can do actions from joining a gang to joining cooperate with a lot of action inbetween as well and tons of interesting side characters. It's been hyped, and delayed since 2012, all my friends have basically gone insane about it, this one guy I know played it for nearly 20 hours straight. Can you believe that?! Jesus lmao.

This is probably the worst thing I can ever ask you considering the nature of our relationship; but maybe you can be as vague as possible - is there something you've done in the past that comes back to haunt you every now and then you regret? I ask because a friend of mine has seen post of me from years ago when I was lying about myself, and who and what I was - I explained it to them, what i was before and how I got to the point they are now, but they seem confused, and recoiled by me in a sense that due to my explanation they're wondering if they can even trust me now - quite honestly, I'm not as shaken by it as it may sound, because I've accepted who I am now, my capabilties, person, etc, and if they leave/stop talking to me from that, I truly do believe it's on their head, as I don't believe in judging someone by the past so strongly - even though I will be sad if they cease contact with me from this.
I guess what I'm saying is; how do you deal with some dark thoughts at night? Not asking what caused them, just uh, asking how you may deal with them, if that's okay.

Jeritorias Dec 9, 2020 2:14 AM
Well, it's okay... Sometimes nothing is better than something. Your profile tells something about our society these days, how everything is empty and hollow. We live in a Society I'm14andthisisdeep lol

YES, breathing air probably has to be my favorite past time activities... Drinking water and eating food are up there as well.
All Comments