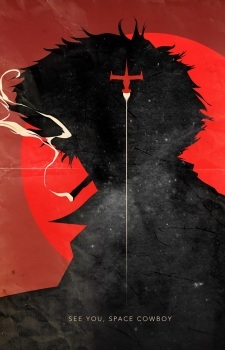 daisy- Nov 23, 2019 11:23 PM
Hi! One person decided to comment on my profile and then I decided to look at my comments as well because you know, nostalgia hahahha and I found this conversation! Hahahaha, anyways. Is it too late to say sorry for taking so long to reply? Haha, saw that you were recently active anyways and just want to say check up on old MAL friends.

So, how did the four years treat you?

I havent been watching anime as much as I did like 6 years or so ago but I'm starting to get back on it again. I've only watched the first 3? episodes of Jodie Whittaker being the new Doctor and forgot about it again bc I started watching it when it was airing. Which reminds me I should probs find a dl link somewhere. (Lowkey missing Tennant as the Doctor). I'm also on my 3rd semester as a Master's student and I'm stoked to be finished with it soon. Oh yeah, and TG stood for Tokyo Ghoul. I honestly have not updated myself anymore after 40 or so chapter of Tokyo Ghoul:Re. Also, I can't believe that was 4 years ago. I don't have a concept of time anymore except that I have something due in a few hours and here I am still travelling through memory lane lol.

Luciffer Dec 24, 2016 12:32 AM
Ah, maybe try checking steam forums for this particular game. There´s usually at least one person that shares your problem. :)

As for the anime...I don´t really watch anything and can´t recommend anything except Prison School, which was hillarious. Otherwise I´m pretty disappointed in this year´s anime. And the upcoming winter season doesn´t look much better. Berserk wasn´t bad, but yea...it just wasn´t IT. But I will defo watch the next season, because it´s Berserk. :D Btw. Have you seen the trailer of the new Berserk game? It should be also available on steam and omg I can´t wait. I always wanted to play Berserk games, but it´s not on PC.

Trailer is here: https://www.youtube.com/watch?v=x3CieSVd3X4
I´ve also seen some gameplay somewhere so look for that too if you have time. :)

juchuck Dec 10, 2016 11:13 AM
IIRC its a father and daughter show right? Not exactly what I'm looking for and I have it on my PTW so will be watching that soon. Thanks anyways

Luciffer Oct 1, 2016 11:25 PM
Sorry, I don´t come here often and when I do, I usually never notice any new notifications. :D But yes, I´m pretty satisfied with the new Berserk anime. Shame it was so short, but there should be a new season next year. I for one has a bit of an issue with the OST, sometimes it doesn´t fit the scenes or it´s simply weird. Along with the metal sound of Guts´s sword.

Luciffer Jul 16, 2016 12:15 PM
It´s actually pretty good! I was really surprised, seen 2 eps so far and going for the 3rd one. I thought I will hate the CGI, but it works well in that setting and they kept lots of mature stuff from the manga. Even though they changed some events a bit, it doesn´t bother me that much. I recommend it. :)

Cabezawevo Jul 1, 2016 2:45 PM
Sorry for delay in the reply, but i don't use the web so many as before (just MAL Updater), and people usually don't comment to me, just groups.

Thanks for the suggestion, i started reading Sun-Ken Rock years ago, but there wasn't many chapters or i couldn't find them. Now i see it's finished so i'll read it. I liked The Breaker, Thanks! ^^

cowfeenmoosic Jul 27, 2015 12:23 PM
Although I'm quite baffled at the update as I cannot hear the new lyrics in the song, Tristalli confirmed with me that those were indeed the official lyrics. I suppose I will have to work on revising my own. Thanks for letting me know!

cowfeenmoosic Jul 26, 2015 4:42 PM
Nope. In the description I gave credit to Amarok Tristalli for the English translation.

I still haven't gotten down to watching Log Horizon T_T
But I have finally continued watching Gintama after a year so I've finished around 20 episodes. I'm still on episode 90 though. XD

I've just finished watching TG the second season and also read the manga up to TG:Re
which is pretty awesome AAHHAHA but the anime sucked. Have you read it?

I haven't been here, as in seriously here in FOREVER.

I've finally...finally...finished DOCTOR WHO. At least the revived series. 8 seasons and specials and I'M FINALLY DONE. I'm still planning to watch the classics (the one that ran from 1960s) but I think I have to take a break. BY WATCHING ANIME

I think I'm missing this season. Only have a few on my list like Kiseijuu because I still have some left overs from last season.

But have you seen the winter season list??? It's freaking awesome.

Oh, and I have until January 4 because classes start again on 5 and I won't be able to watch as much until summer. :|

How's your wrist now? (lol after about 2 months, I'm sure it's good as new) and also the internet speed? Did you get the fking 6mbps?

And for christmas my mom got me the 2nd and 3rd books of ice and fire/got. I seriously have a lot of titles on my reading list now. D:
And do you watch Legend of Korra???

DO YOU KNOW WHO ENDS UP IN THE END? BECAUSE IT'S DSIFKJSAEFIKRSGG

It has been a month and a half since I last replied. Seriously, seriously sorry for that. Was really busy with school and the exams were really crazy (especially during the final term). Some of our teachers got substituted (since one went abroad to study and one was resting because she was maybe pregnant?) and another one kept on being absent. The exams were hard as hell. I am so glad and happy that that semester is over. I'm having my semestral break right now so 3 weeks without class yay!
I have survived the 1st semester and no way in hell am I not going to survive the second one.

How have you been? I will now be able to watch anime, movies and tv series totally guilt free. (Not bragging because when the school starts I won't be able to watch them as much as now lol) I have been downloading scrubs and dr who (both are tv series) and I was planning to maybe watch Arrows. Have you watched them?

As for anime, I'm still getting around to finishing the stuff I got lined up from summer and spring before going on to fall. I've finished Tokyo Ghoul and Zankyou no Terror and the next that I'm going to finish are Free (s2), Gekkan shoujo and ao haru. I also wanna watch Akame ga kill and the season 3 of Legend of Korra. hahahhahaha