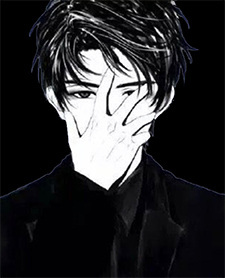 Noboru Mar 8, 2019 1:13 PM
I know about him xD Too bad that he had deleted the videos from his channel. He's been living the otaku dream, lmao

btw.: noticed that I have the same Homura figurine

I didn't even have proper DSL connection when the GC came out, if I recall correctly. Also, if the Wikipedia article is right, then you would need an adapter to play in the first place.

For some reason, my saves in Super Mario Sunshine were deleted (or I have used the save states, because the memory card saving was not reliable). Visual Advance and the SNES emulator seem to run more stable, though. Oh and Crash Bandicoot on a PS1 one emulator has been also fun, but still: the GC and the SNES have both been the consoles with the most interesting games imho. The Donkey Kong Country series had really great BGM and looked so awesomely colorful at their time

Noboru Mar 8, 2019 12:08 PM
Wait, the GameCube has online functionality? You learn something new every day, lol
Tried out Phantasy Star Online with Dolphin Emulator, but it seems to only work with DirectX9 and then it crashed right when I was about to head out for my first mission...

Haven't found a 128gb Vita memory card, either. Still, I wonder if the system could recognize that much storage. Unfortunately, nothing of that sort seems to be in the official data sheets.

Yeah, I know. That's the joke I see that I still got to work on my humor

Noboru Mar 8, 2019 5:38 AM
So far, I've always used the feature with the install data, even when I'm virtually loading the images. Though I wonder whether the official, digital versions would be faster and whether it makes a difference to install data on the memory stick when the whole game is already on the memory stick. That's like installing a game on a permanent RAM disk and then also installing data on top compared to installing the game on a normal HDD/SSD and installing the data on the RAM disk. Or at least, that's how it feels to me.

Have you played Phantasy Star Portable? It has been the game I've played the most intensively, though lately, I've only been occassionally playing rhythmic games like the iDOLM@STERS games and Project Diva with Vocaloid songs from Hatsune Miku and others.

I would start with a 64gb or better: 128gb or even better: 256gb memory card if possible, since I'd rather have some more space. Obviously, since the official memory cards are too over-priced, I would use an adapter. It seems to exist, but I haven't tried it out.

lol, that expression "lighter than" sounds a bit odd here, since the physical weight is extremely low. Even the whole content of the Internet is apparently only about 50g.

Noboru Mar 7, 2019 1:49 AM
Ah I see; I only bought a used Slim one and the battery still holds out enough, plus I haven't noticed any decrease in performance. So you've only flashed the custom firmware on your old PSP? I personally find the sound of any optical drive distracting, which is why I virtualize any disk before playing it. It's also much faster to load, though I wonder whether it makes a difference in performance to "install data" inside a game from a virtual image of an UMD, since everything's on the memory card in the first place.

Those prices are still too hefty imho, especially when you can get 32gb Micro-SD cards for around 10€. Also, anything under 32gb would be too low for me when I'd rather keep the ISOs than take a bundle of physical games with me every time. But then again, the original Pro Duo memory card feels faster in my PSP, however, it only has 4GB.
Manufacturers of storage media calculate by the factor of 1000 instead of 1024. What Windows displays and what RAM vendors are using is the factor 1024. It should be more correct to use the term "gibibyte" for those.

While I can certainly enjoy beautiful artwork, I'm more fond of a good sound track and story and/or characters. The EF series have also looked visually striking, but I wasn't too fond of the series.