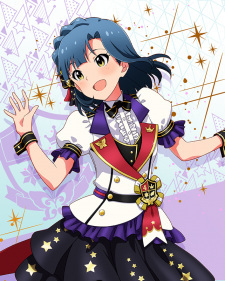 Winterwolf0839 May 19, 11:36 AM
I really love her cover of the Konosuba opening. It's amazing. Her cover of Romeo is great as well.

Winterwolf0839 May 18, 7:42 AM
Ah. I was curious since Miku Itou is your favorite seiyuu. She covers a lot of songs for the game.

KANLen09 Feb 29, 5:52 AM
That review is 2 years old, how the fudge you managed to find it was pure coincidence. Thanks for upvoting it though :)

I loved Yuru Camp, especially the characters, that's why you see there in my DP, Nadeshiko is my spirit character and my waifu as well :)

Winterwolf0839 Feb 11, 8:06 AM
Yeah. Her Celica voice especially is super soothing. Have you heard it?

Winterwolf0839 Feb 7, 7:33 AM
That comment you made on wanting Erica Lindbeck to voice Shinbou didn't age so well did it? F.

Really? Wow. I'm not as familiar with a lot of voices in English dubs for anime, but I've grown fond of Brianna's voice and I still wish that she would earn more anime roles. Before the dub of Re:Zero was announced, I've been predicting who was going to be the voice for Rem in the English dub. I wished for it to be someone with a sweet voice but also had a bunch of anime roles. I once imagined Brittney Karbowski or Stephanie Sheh would be the voice of Rem, but that didn't happen. I've got no complaints that Brianna Knickerbocker was chosen as the voice for Rem and I support her all the way!

I have noticed one thing regarding the dubbers featuring Brianna Knickerbocker and Erica Mendez together. I notice both of them usually end up together as the cast in a single anime, and this apparently happened more than once. I remember they have a voice cast together in Seven Deadly Sins, Yuuki Yuuna is a Hero, and then in Re:Zero, Konosuba, and The Promised Neverland. In that case, I would also want the English dub for Blend S consist of the group of Erica and Brianna together, with Brianna being the voice of Maika, of course! <3 That would be perfect!

Every time I find out any news about the voice cast of an upcoming dubbed anime, I look forward to seeing Brianna receive any new roles, but the most often result is that she doesn't get some new ones. :/ I like Maika from Blend S and I never imagined any English voice actors yet for this anime, but now that you've mentioned Brianna being the best choice for Maika, then I just hope this would become true someday if ever Blend S gets dubbed. I've been visualizing it now, and Brianna's voice should be perfect for Maika.

LunyRem Sep 9, 2019 6:54 AM
Nice, thanks! I have been fond of Rem for 3 years now! I've also grown to like her English voice actress, Brianna Knickerbocker. Really enjoyed her role as the English voice of Filo in Rising of the Shield Hero. I wish Brianna would earn more roles in future English dubbed anime.

Also ever heard of Project ARMS? It's a forgotten scifi action series about Teens learning they have nanomachine limbs and having to survive against an over the top secret organization called the Egregori. Also got an Ocean Group Dub that's more fun and entertaining than the surprisingly dully scripted japanese. https://www.youtube.com/watch?v=A16DibXF4-k