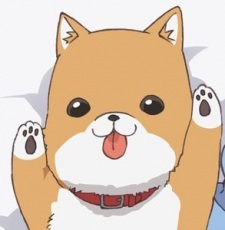 _kukiyomenai Mar 29, 7:12 AM
Hehe. I knew it. I actually love her works.
Fetish is one of the notable ones.

_kukiyomenai Mar 27, 6:04 AM
Heyyyy like your siggy and profile pic.
It came from Fujiwara, Kaoru's manga right?

Fuzzylumpkins Feb 6, 3:35 AM
Hello! I was just wondering who your forum pfp is of?

And wow you compiled quite a list of recommendations for me, that's something. Thanks again big time :D

Sucks that all your past santas weren't great. I can admit that the first time I participated in the secret santa event I just made like one a recommendation. But it was because somehow I didn't realize that you can recommend more than one story :P

Yeah I can agree that looking at my favourites overall you can see a slight pattern of bittersweetness. That is that quite a few of my favourite stories tend to be or have a lot of dramatic moments. But there's always hope or happiness or both in it somewhere. It's something I noticed not too long ago myself lol.

And yeah I've been planning to read Oyasumi PunPun eventually lol. A lot of the time I'm pretty good at telling/predicting how much I'll enjoy a story. And with PunPun after reading the synopsis and seeing a few images of it I can definitelly tell that it will probably get into my top 10 list :) Haven't really heard about Omoide Emanon though. Seems very interesting. Kinda giving me some Mushishi vibes, in terms that it's about existence itself. So I'm definitelly intrigued about it.

Actually the rest are also mangas I haven't heard about before. It's always nice to find or get recommended works that are like hidden gems.
So I'll be definitelly checking these out :)

Again, thanks for taking your time for compiling this list for me :)

It's doesn't matter how long is the write up is, I'm always more worried on my grammar since English isn't my first language :p Glad you appreciated my gift! My santa was kinda lazy honestly :D

Yeah I really liked how Billy Bat has so much historical figures in it. It's something you don't see very often in anime or manga. The mystery aspect itself has been done fantastically as well :)

About Versailles no Bara: It's been quite a while since I've watched it actually (I've watched the anime and haven't read the manga, but thought I had to recommend this either way lol). I myself never had any problems with the cast, never really raged on anyone. In general I liked how the cast was portrayed (I always really like Aristocratic stories). My favorite character in it was André. I always felt sad for his character throughout the series and I just love that sadness since drama is my fav genre :) Complexity wise I'd say Marie Antoinette was the most complex character. You get to see her from her childhood all the way to the French revolution. You see a lot of change and growth in her. In her own way that is. I also liked Robespierre (historically he was one of the main activists for the revolution). He brought in some nice debates to the show. I'd say the best part of Versailles no Bara was definitelly it's last parts, because that's where you get to see all characters at their written peak. So um yeah, those are some of the characters I really liked from the show :D

I also recently found out that Tsukihime was Nasu's first work, so I guess that works well for the Nasuverse introduction :D

Thanks for following up after the event! :)

Happy New Year!
Into a new decade, I hope it'll be a good one ♥
Thank you for helping with Secret Santa this year!
And for putting up with me in Tan! Tan team is best team XD
I'm expecting to see you back again :eyes: 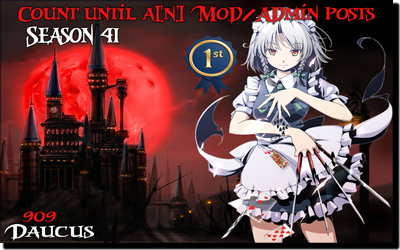 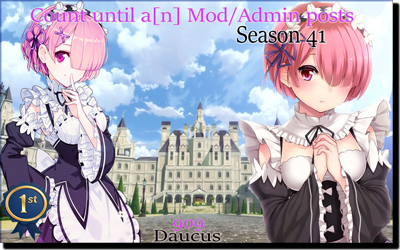 Ohh, it has happened to me too. The first time I watched 'Ai Yori Aoshi' I was like its soo good but when I rewatched it a year later I thought it was just an average show. ¯\_(ツ)_/¯

And do you have any recommendation of manga like Kyou, Koi wo Hajimemasu? Thx!

ZainKean Apr 24, 2019 3:01 AM
Yea The OVAs are confusing as the first one adapts from chapter 14 and the second one is the Christmas arc, but that got me to read the manga and know what was happing. :)

I am almost halfway through, things are getting quite interesting.
All Comments