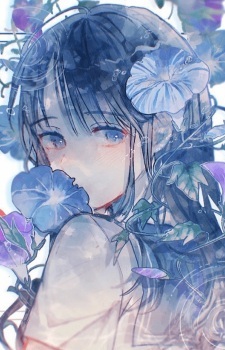 I watch what I want, I read what I need
–Dark_Weebs

salman7 Jun 4, 2020 10:22 AM
My english grammar is bad.But i really want people to know how amazing this anime is so i write it without even caring.

I hope so too and hope you are having a great day :D

batsling1234 Aug 23, 2019 9:57 PM
Thanks for the help, I'll probably add this to my list of things to read when i eventually learn moonspeak

batsling1234 Aug 23, 2019 1:06 PM
sorry if this is strange and comes out of nowhere, but i see that you completed Cluster by CLAMP, is there a translated version or did you read it raw?

Meowlody May 4, 2019 9:32 PM
lol, I used to be Tommeow and I changed my name to AnotherTrap for April fools lol


I hope school is going well!

No, volume 6 is not out yet here either. I hope it is soon!

Noboru Mar 8, 2019 3:50 AM
Hi, once again no problem. I understand from myself that sometimes, we're just too busy or occupied with other things to reply directly, so don't worry about it ^^

On March 5th (Tuesday), my day was okay, however, I felt a bit tired after coming home from work. At least, I felt better than on Monday and on the previous weekend. On Wednesday, I didn't feel as tired as on Tuesday and since I've had yesterday and today vacation, I could at least sleep for a little bit more, though it could have been more, but I didn't want to waste my free-time just with sleeping. What about you, how have you been?

I'm not sure what your GPA translates to in terms of rough classifications like A, B, C, D and F. That's for sure that it's harder to get good results without doing anything when you're in more advanced classes. You also have to do lots by yourself and learn more material in less time compared to high school and earlier.

It's been longer since I have marathon'ed a series, but I'd like to do so with already watched seasons from series once they are complete. One Anime that would come to mind would be the Nanoha series (still waiting for the Vivid seasons to be complete).

On the topic of linguistics, have you found out anything new that is interesting?
Nope, it's perfectly fine that you show interest in how a language works and try to experiment with it.

As for trying out different stuff, I would be open for archery and horse-back riding, as well as for other martial arts, however, I don't feel strongly enough about either to actively wish for doing either of those.

The reports must be quite elaborate to take lots of time, then. Looks quite impressive! ^^ Did you design it from scratch? Also, where would this part be used: in a train or in a car?

But you do have a power supply, otherwise, you wouldn't be able to use a computer. What I meant was an uninterrupted one. Sure, companies and the public sector have more of a need for things to keep running compared to home users. That's the same over here as well. However, since power outages over here are rare, it's not something that many people would seriously consider. People buy what they think they need, though with more purchasing power, the "need" increases

Now I'm a bit confused of whether you're more the practical or the theoretical type, since at the one hand, you don't like the reports and rather enjoy the experiments, and on the other hand, you like to envision theories and other concepts on how to solve a problem.

Ah I see; thanks for the quick info. Did you mean that ironic/sarcastic when you wrote "Quality is directly proportional to money, who doesn't know?". If not, I disagree with you here, since even if more money gives more possibilities, it doesn't tell anything about the quality of the story or the characters, which mostly make up for the enjoyment for me.

The paper in the German Manga I have bought so far also doesn't look high-quality, but that still doesn't hinder them to put much higher prices than the production costs on them, because they need some bottom-line profit margin.

Let's see: your reply was around 3159 characters in 677 words, that's not that long. I've been used to much longer conversations where it took me up to 2-3h for a reply of 1500-2000+ words. Longer replies can be quite interesting, however, they can be taxing as well, so it's also a challenge to be concise without leaving out details when they are necessary and while still providing for enough material that the other person can react on it.

You're almost there, so just hang in there, mate :)