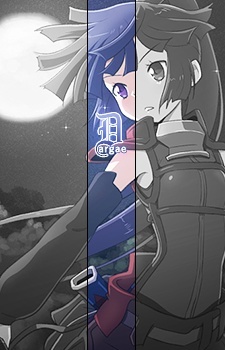 Aldael Feb 2, 2018 7:43 AM
That's ok, even now I still have some of your recommended manga left to savor. It' definitely has been a fun experience. Thanks again!

Aldael Jan 4, 2018 6:48 AM
Hey, Dargae! Before your recommendations I hadn't read manga for some time, and you managed to suggest pretty much precisely what I needed. Sciencia really proved to be unexpectedly enjoyable. As many sci-fi stories now tend to be twisted in some way, it's quite unique to find one where robots aren't trying to destroy humanity, but still human initiative in order to change is required. Game Over also has its own character with (as you said) very adorable character designs as well as pretty nice sense of humor, and at least for me it's not the most common thing. I'm currently near the middle of Elfen Lied, and I can clearly see why there has been so much talk about it. I'm not sure where everything's going, but (as expected) the stakes are getting higher, and the manga remains quite a fine read. So yeah, thanks a lot for your suggestions, I'm very grateful that they were so spot on!

No, sorry I don't know about my forum avatar and signature pictures. I was searching for random anime pictures and found them.