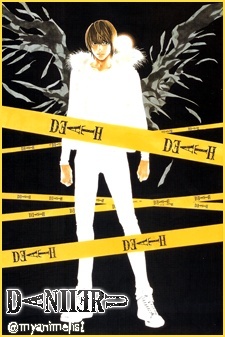 Toshi-chan Oct 21, 2012 2:09 AM
Ohhh God....if you want more of that then you should probably skip Code Geass :D And noouz, don't hurt the monitor! XD
There are a lot of fans of Kuroko no Basket, and that's saying something :D Can't wait for the second season, so by the time that comes out I hope you would finish the first season ^^ Slam Dunk, huh? Maybe I'll check it out, but seeing as I watched KnB first, maybe it won't meet my expectations XD Heh, yeah I thought the exact same thing for Tasogare Otome x Amnesia, but was disappointed, sadly >.> Haha, yes, Arcana Famiglia did seem like a ripoff of KHR XD but it was nowhere near as good as that :D And again, I was disappointed. Jesus XD
So, of all these anime that we talked about, have you watched any? And if you did, of course, I wanna hear your thoughts about them :)

Lol :D Did you watch the first season then as well, or did you postponed it? Aha, so Mushishi is a must-watch. Okay, I will!
Haha, omg, HIMYM! That's a great series. I think new season has started to show :) I only watch it when is on TV, though XD Do you, by any chance, watch Game of Thrones and The Walking Dead? :D What other series are you watching?
Really? That's awesome! So you're into psychology, huh? Neat :) Has the course started already?
Mhm, I see. I think it's very similar here as well, for example, we have a 3+2 program for people who want to be a biology professor, and 4+1 program for biology graduates. 80% of people want the latter, including me lol So you're kind of a people person, I mean, you know and want to work with people. That's nice, totally opposite of me :)
Thanks :D Well, I'm interested in paleontology, the study of fossils and the like, love dinosaurs XD and maybe, like you, the study of the human body. I like forensics as well. Probably gonna have to study abroad if I want a job from these "departments". Maybe I'll come to Sweden XDD Heh, plants are not really my thing, either :D

Psychology is really great, here always lots of people want to study it, it's always a big competition. I hope that course you'll be taking works out for you, and that it takes you a step closer to your dream job ^^
I kinda don't have a dream job right now, I'm still waiting to figure it out XD I'll have to hurry, I'm not getting any younger lol

Speaking of which, it's almost our birthday. Omg....Did you make some plans for it? Are you gonna celebrate it?

Toshi-chan Jul 28, 2012 2:51 AM
You got that right. I begin to watch an anime, and already from the first episode I can see what it will be like later, with lots of fan service. So I drop it. But, I will try to think up of some anime that you will like :) And here goes:
Spring 2012 - Kuroko no Basket (I highly recommend, even if you're not into sports anime :)), Kimi to Boku (slice of life). I watched Zetman, but I don't recommend it. If you like the story maybe you should consider reading the manga rather than watching the anime. And I made it to episode 6 or 7 of Tasogare Otome x Amnesia, but I dropped it. Maybe you could give it a try? :D And maybe you would like Uchuu Kyodai (Space Brothers). I didn't watch it, I wasn't drawn in by the story (I don't consider space to be oh so interesting XD). Maybe you could give it a shot?
Summer 2012 - Natsuyuki Rendezvous, Sword Art Online, Campione! (it's...meh), Hakuouki Reimeiroku (if you liked all other Hakuouki), La storia della Arcana Famiglia.
Winter 2011-2012 - Danshi Koukousei no Nichijou, Inu x Boku SS, Another, Brave 10, Baby Please Kill Me.
That's it for the recommendations so far :D If you want more, just say it. Btw, I hadn't mention the OVA's and Specials.
That's good to hear. I've watched only the first season of Natsume Yuujinchou, and it was okay. Tell me your thoughts when you finish with Mushishi, I'm planning on watching that :D
Awesome :) Then take this opportunity to watch as many anime as you can, before you get a job :D Good luck with finding one :)
Well, when you decide what you want to study, inform me :D
The first one didn't go so smoothly. Hopefully I will finish this one with nice grades :D
Well, there are a lot of branches of biology, and I'm in the process of figuring out what exactly I find the most interesting (I have a few things on my mind). So, I can't really say it yet :D
What do you want to do for a living? I mean, what is your, let's say, dream job? Ever thought of that? ^^