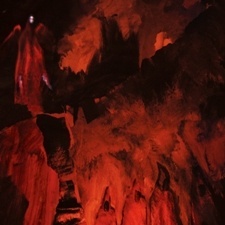 Slick-Sama Jan 11, 10:33 AM
It most definitely is not a quantity issue over quality. I have seen more top tier anime than you have even seen anime. You were the one who came on my profile and felt the need to square up, so at least have some stats to prove your point. I know you "don't know much anime", that much I can see, But I know hundreds of anime that I've watched over years, Don't come at me saying I need to explore when you have the entire anime world to explore.

You have seen a whooping 24 series, you're a joke. I've seen over 230 series. Come back and try to tell me my taste is cringe after you've been watching anime for longer than 2 months, scrub.

Soge_king999 Dec 11, 2013 6:51 AM
The Berserk anime is only 25 episodes, and omits a number of big plot points, instead opting to imply them instead if they are noted at all. The manga is still ongoing with more than 300 chapters, and handled the parts that the anime also covered, and it did them in more detail, but the manga has its ups and downs, while the anime only really deals with what most fans say is the best part of the series. Overall, if you don't want to bother with the anime, you can just read the manga, but if you will end up watching it, then I would say to watch the anime first, and then read the manga. Both the anime and manga are very good in their own rights.

I might do that eventually, but not at the moment, thanks.

Soge_king999 Dec 10, 2013 1:54 PM
Feel free to ask me for some recommendations anytime. As for manga, definitely try Berserk, and some other good choices might be Oyasumi Punpun and Onani Master Kurosawa.

Soge_king999 Dec 10, 2013 8:03 AM
That is true, but I meant that if you were looking for particular kinds of series, that I could list some good ones that fit the specifications. Agreed about Grimmer. His smile seems to be very much forced due to the fact that it was "taught" to him, and he was trained as a spy as well, so he needed to not seem intimidating. He was probably my favorite part about Monster overall. I used to love Naruto, but not so much anymore... There are still a few things that I appreciate about it, but nowhere near as much as I did back when I hardly knew any better anime...

Soge_king999 Dec 10, 2013 7:22 AM
Ah. I'm guessing that was the one from the Monster club. I adored the man's smile, his struggle with his scarred emotions, and his kindness and humanity that he maintained despite the horrible things that happened to him in his past, just to name a few things that particularly appealed to me about him.
Well, if you'd ever like to discuss anything, or would like some anime or manga recommendations, feel free to leave a comment.

Soge_king999 Dec 8, 2013 3:22 PM
Hello. Thanks for the friend request. Nice to meet you, and I do hope we can be good friends. It's great to see another Grimmer fan.
All Comments