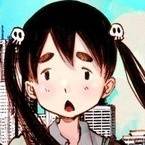 XXXBloodshooter Apr 10, 2:28 AM
Thats great. I recently watched Higurashi and I liked it. It was crazy. And I'm going to watch Great teacher Onizuka

XXXBloodshooter Apr 4, 10:39 AM
Hey how are you doing. Sorry for late reply. I'm a little bit busy. But I am doing great. I hope you are doing great

XXXBloodshooter Jun 13, 2017 9:59 AM
It is actually doing fine. But the story changed. And I actually made two episodes of a show called Game Makers. I'll send you a private message now

XXXBloodshooter Jun 13, 2017 8:19 AM
I have actually been busy. I have spent so much time with RPG Maker. But I'm still gonna write the story but I haven't got the time for it

XXXBloodshooter May 29, 2017 1:14 PM
Hi I am grateful for your reply. Thank you again always a pleasure to read your feedback :) But I have to ask. Do you think that part about Sayuri and Kiora was a very important part like Catsca thinks? Was it sad when Deku had to interupt?

Signs(I rated it 5/10) is not really a good movie. Or maybe it was? I don't know maybe it's one of those movies that was sort of good in the beginning but didn't age well. The ending of signs was very bad. But it was some of the tension of it that I actually like.

Yeah I agree. I just can't believe he said that. I mean it's so stupid. And after watching some of his movies I don't think he has a lot passion anymore. I love writing stories I really do and when I do I want it to be the way I want it to be. criticism can be hurtful at times but you can't please everybody and you're wasting your time if you can so only focus on those you can please instead. But don't see criticism as some kind of downfall. If you look at it you can improv yourself. rather making yourself feel worse.

And also that part where he compares himself with great directors was extremely painful. Now that I want to say is that I love Kentaro Miura's work. He is the one who made Berserk and I am inspired by him. But I will never ever become him. I'm not Miura and I never will be like him and I will be just wasting my time if I think I can be like him. I am inspired by him but I am not Miura. Miura will always be my favorite Manga artist. But I will never be like him. It's not depressing it's a good thing because why would I be someone who I am clearly not. That makes no sense.

But honestly I believe he just said that because he wants people to believe he is just as good as them. It's shameful.

Okay it ended up being a big discussion of a once famous director lol. Well I hope you have a good day. And I will continue my writing. I love storytelling it's one of my biggest passion :D

XXXBloodshooter May 5, 2017 11:29 AM
To Shymalan's credit he defiantly have made some good movies like the sixth sense, unbreakable. While I do have some problems with signs it was kind of enjoyable. I mean it did have some good tension. but the ending kind of ruined it. But anyway I feel like after watching this interview he has become overly confident about himself and thats not all. it looks like he honestly believes he has never made any bad movies and claims they are perfect and blames on the critics(really mature Shymalan).

and then comparing himself with great directors. I'm sorry i got a little bit mad after watching it and I see you got a little mad to. It also bothers me the fact that he claims he has an europaen sense in his movies(Yeah an indian guy has European sense). I am from Norway and Norway is in Europe and that movie the last airbender was critically panned not only in Norway but the entire Europa.

The movie was also in critically panned in Japan as well. Just so you know. Also I have been in Japan and I can tell you it's rare to find any japanese people who can speak English so I got the feeling that Shymalan has no idea what they told him when he was there.

Anyway that was my rant. Sorry it kinda felt good to let it out. It had annoyed me for awhile.

So yeah you definitely should check out Inuyasha I think it's a great series. Fun characters, great atmosphere, good animation and a lot great tension. but it can be a little slow. And like I said Naraku is one of my all time favourite anime villains. He's one of the first 5 names i think of whenever i say my favourite anime villains

XXXBloodshooter May 5, 2017 8:18 AM
Hi. I just want to say that recently i saw an interview of the director M.night shymalan. And my reaction to it was very negative.

Here is the interview: https://www.youtube.com/watch?v=OjYV_w5yZ_M

I'm actually a little bit curious of what you think of this interview. Because i just could't believe what I hear.

XXXBloodshooter Apr 30, 2017 4:38 AM
You'll defiantly love the fight. I think you will do at least. I love it. I will never stop writing. And I am determent to write all the chapters on this story about Deku. I'm halfway done. I'm sure it will end between chapter 50-60. I'm sure of it. I have no interest in making hundreds of chapters of it. Also you see Inuyasha. It is a loveable show. It's not perfect but I think it's great and Naraku is one of my favourite villains of all time. And Paul Dobson's voice is just one the best villain performances I have heard

XXXBloodshooter Apr 29, 2017 12:09 AM
I am fine. I have been watching a lot of Rurouni Kenshin. And WOW Kyoto arc WAS AWESOME. The fight between Kenshin and Shisio was awesome may even be one of the best anime fight I have seen. I have seen some of Himouto Umaru chan and to be honest I don't know what to say to it now. And I am still writing and also making more of my upcoming game. I am doing awesome. I may watch Ghost in the shell later. And if I do then I promise I will tell you what i think

XXXBloodshooter Apr 28, 2017 10:44 AM
Hey Ctonhunter. Have you seen ghost in the shell movie? Was it good? Or was it bad? I just want to know your opinion and please be honest.

XXXBloodshooter Apr 18, 2017 1:35 PM
Hi and thank you for your feedback. It always makes me happy reading them :). Yeah it was awesome in Akihabra. And I love the figures I bought. They are great in my shelf. My favorites has to be Guts,Edward,Kurisu and Rei but I do love the other ones. Look forward to chapter 26. Something interesting or disturbing will happen
All Comments