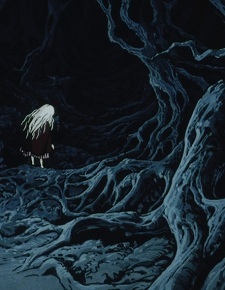 My infinite apologizes for not talking to you anymore, I was having some problems in my life and didn't feel in the mood to speak to anyone, then I left anime and MAL for a long time and when I was back I was too ashamed to reply to you after so long.

I watched Ghost in the Shell recently and really liked it, so you were right! I'm glad you finished Ergo Proxy, it seems you liked it :)

If you weren't so sure about the main LoGH series, maybe you should give the 2018 remake a try, because I understand when some people say that LoGH didn't age too well in themes of direction and versality to all kinds of viewers.

I would understand if you don't reply to me ever again, but I hope you did great in all this time, you are one of the nicest persons I met here. Hope we can speak again sometime.

SpaceEnjoyer Jun 22, 2016 2:43 PM
Bebop was really subtle with the emotions of its characters, that's what I liked the most about it. Maybe you can buy it on E-bay? Bebop is very well-known so you're probably going to find it!

Ugh, same, I wasn't in the mood for a few weeks, so I apologize ;-; FLCL was great imo! It may seem hard to understand but it isn't really that hard, but for only 6 OVAs the character development was amazing, my favorite character is Mamimi :)
The Tatami Galaxy is equally great! It's a great style+substance show

Ergo Proxy does an amazing job applying philosophical and self-discovery themes to its plot, it has some pacing issues but that's not a big problem after all. I've only watched a few episodes of Texhnolyze, but they're very different so far, they both are connected on the technology stuff but the way they address their themes are completely different. Also the characters on Ergo are much better so far!

LoGH is amazing, if you enjoy political topics and well constructed characters, you're going to love it. It isn't for a marathon because it's very dense.

Okay, thank you a lot! I'll try to reply faster starting from today! Obviously you can reply when you want too :) cheers!

SpaceEnjoyer May 13, 2016 9:52 PM
Fortunately Bebop knows how to show human relationships, and without being cheesy or through forced drama, there you know that writing is really good.
Yes, the Vicious underdevelopment really bothered me too, he was too one dimensional, but at least the main characters were great!

The opening is great! I really liked the ending too, probably my favorite song, but the whole OST is amazing though. Just put the movie on PTW, thank you! Probably watching it one of these days.

Oh, I only watched 6 episodes of Ergo, I can say it's interesting so far, specially the characters, later I'll tell you how it was! But I think that if you like sci-fi and thought provoking stuff, you're really going to like it.
About Rose, it's great to see characters that actually have real problems and it's not set in a school with bland and archetypal teens, I really recommend it if you want to see subtle romance with charismatic characters who really grow up set in the French Revolution!

SpaceEnjoyer May 5, 2016 10:41 PM
I finished it! I really liked the last episodes, it was very good overall. Especially the ending was very poetic.
The character I liked the most is Faye! But Spike is great too, all his story was interesting and well constructed
I agree, I love the OST, I may download it because it's so memorable and amazing! I must say that I love how great this series looks for the year it was made!

SpaceEnjoyer Apr 29, 2016 3:52 AM
It's good! I really like Valentine and Spike, I hope they develop more the characters and story on the last episodes!

The series centres around three apprentice gondoliers and their goal towards becoming full fledged gondoliers with the aid of their mentors. It's set in an alternate interpretation of Venice in Italy, called Neo-Venezia (and it's on Mars!). The Aria series is broken down into three parts: Animation; Natural; and Origination. Animation is the weakest of the three, but introduces you to the world of Aria and lays the foundation to make Natural and Origination the successes that they are. Animation may not be as visually stunning as the other two (compare the water in Animation with that of Origination, for instance) and the self-contained stories are not as interesting, but it is still a solid addition in its own right. Natural takes all the elements of Animation that made it good (true-to-life stories complimented by an idyllic atmosphere and solid art and music) and expounds on them, with a greater focus on world building (you'll see what I mean when it comes to the role of the cats and history of Aria). Origination is the conclusion of Aria, where the characters we've grown to love over the series all attain their goal of becoming full-fledged gondoliers and taking over the jobs of their mentors. Origination is by far the most character-driven (there's a lot more introspection than in the prequels) and to see the characters we've followed since the start of Animation flourish into the ones we see at the end of Origination is very satisfying. Aria resonated quite strongly with me because some of my own experiences in the past mirrored that of the three apprentices in Aria, and for that reason it is considered one of my strongest 9/10s. The reason I didn't give it a perfect 10/10 is more personal than anything else, there is very little conflict to keep you gripped (which is a criticism that can be leveled more-so at the Slice-of-Life genre than Aria, really), but if you can get past that then it could prove to be one of your favourite anime.

tainteddonut Mar 25, 2016 9:36 AM
Haibane Renmei is totally different from Lain. Lain is more of a psychological mind trip while Haibane is more a slice of life drama. Both are great shows but Haibane Renmei has the more impactful story IMO.
All Comments