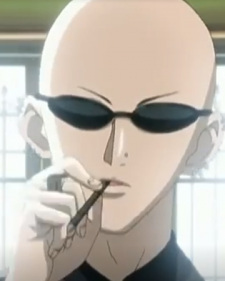 literaturenerd Feb 2, 2019 8:01 PM
I found Angel Beats to be funny and sweet, but definitely not a deep or artistic series like Haibane Renmei. I've never heard of The Good Place. I'll have to check that out!

literaturenerd Oct 11, 2018 9:48 PM
He becomes an astronaut by around episode 30. However, it doesn't go anywhere from there. He never confesses his feelings to the girl he likes for the entire series. He doesn't become the first man on Mars. There is no story arc or conclusion. He's just an astronaut hanging out on the Space Station, talking to other astronauts from different countries and living day to day life as an astronaut.

literaturenerd Oct 11, 2018 9:28 PM
Space Brothers is a great anime, but also a bit hard to recommend with a purely glowing recommendation. It has great characters, does amazing research to be realistic, and is highly unique. It also lasts 99 episodes and goes nowhere. It just stopped because the plug got pulled on the series really abruptly. It was supposed to start up again after the manga got farther ahead, but the manga is still going and there are no plans on bringing the anime back that I'm aware of. I don't think it was successful financially. Space Brothers can be SLOOW, but I'd check out at least the first 20 episodes or so.

literaturenerd Sep 11, 2018 8:08 PM
There are a LOT of reasons I dislike the manga. The shitty art is actually not my biggest gripe, but it's definitely a factor. I'll continue to tweak and flesh out my fanfic. I really wanted to add more of Nana and Mayu, but I didn't have anything for them to do in terms of the main plot. I kind of sent Yuka off because I'm just not a huge fan of her character. I don't think I'd be able to write her very well.

literaturenerd Sep 9, 2018 3:06 PM
BTW, have you read the manga? I forgot to add in my comment yesterday that I also wanted to add in some elements from the manga...even though I largely dislike it.

1. I liked the idea of Kakuzawa tracking down Lucy's mother and conceiving a half brother. However, in the manga this male diclonius gets killed by Lucy on literally the same panel he's introduced. He gets no development and is just a throwaway joke. I felt that was a tremendous waste.

2. Another interesting element in the manga was that it teased readers with the mystery of who Lucy's parents were and insinuated she was likely foreign. However, it never went anywhere and never delivered an answer. I decided to fix that. I personally feel a Russian ethnicity would just fit well with her character. Also it would make things a bit more unique. Slavs in general are badly underrepresented as heroes in pop culture.

3. Arakawa turns out to actually just be evil in the manga. She willingly creates the mutagen that kills over 1 billion people in the Diclonius Wars, but did this so she could create the cure and pretend to play the savior. She's like Griffith in the latter half of the Berserk manga, playing the savior to the problems that she herself created. I felt Elfen Lied had MORE than enough evil human characters and instead made her a loveable goofball that was basically her anime portrayal mixed with a heavy dose of Otakon from Metal Gear Solid.

1. The comedy episode is very silly, although I had fun writing it. To make an authentic sequel I wanted to homage the out of place and often terrible humor of the original series.

2. Kanai was a challenging but fun character to write. I tried to avoid all the pitfalls of typical "Mary Sue" OCs. I wanted her to have a happy childhood that was in complete contrast to the one her parents had. I also wanted her to react more realistically to the horrifying revelation of her mother's past misdeeds. A HUGE point of criticism thrown against the actual series is that Kouta is just too instantly forgiving. However, Kanai has spent enough time with her mother throughout the years to believe she is a good person and has a reason to ultimately forgive her.

3. A very common stereotype of Elfen Lied fans is that they are edgy, emo teens and their fanfiction would be something like My Immortal meets a guro snuff story. I find this hilarious because I'm the polar opposite and am actually a pretty mushy and sappy writer.

literaturenerd Sep 6, 2018 1:55 PM
Hey dude. Btw, did you ever read that fanfic? Not trying to be annoying, I'm just wondering.

bioeffect Aug 29, 2018 11:11 PM
I brought up twilight by saying that no matter how bad something is nothing would butcher the concept of vampires as much twilight. It was more or so an attempt to belittle twilight with any chance I get it wasn't meant to be directly compared with shiki. I hope that clears up your misunderstanding.
All Comments