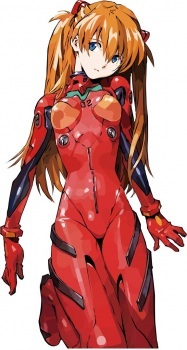 Farabeuf Mar 12, 2020 3:07 AM
Oh boy, that's a tough one. Normally I'd recommend for people to go straight to the source and watch Super Dimension Fortress Macross which is the original tv series. It sets everything up and is a very enjoyable watch. But the animation is dated and not everyone can watch 39 episodes of a show made in 1982.

Macross Do You Remember Love is an alternate take on the series with beautiful art and animation, even though the story is a bit sparse.

Macross Plus is an amazing OVA with great animation, but it's the least Macrossy of the lot. It flunked in Japan because it was too serious, but it might actually be my favorite. Gorgeous soundtrack by Yoko Kanno too.

If you want a more modern take, try Macross Frontier. It's a good all round series with a contemporary look.

Macross Seven is for fans only. 49 episodes of rock music in space are not for everyone. I enjoy it, but must confess that it's not really very good.

If you want something completely different, try Turn a Gundam. It's got a unique pastoral feel for a Gundam.

Farabeuf Jan 14, 2020 8:12 AM
The wordplay means a lot in Bakemonogatai so it's definitely something that must be much better in Japanese than in translation. But it must be real tough to read too.

I actually prefer the story in the NGE manga han the series. Think that Sadamoto cares more for the characters than Anno.

Have you read Dorohedoro?

Farabeuf Aug 8, 2019 12:23 PM
Mecha is one of those genres that in my estimation is better in anime than in manga. Some of the kinetic energy in the action scenes is just really hard to reproduce in stills. And a lot of mecha stories were born as anime and then later got a manga. For most genres it's generally the other way around
IMO, one really decent mecha manga that never got a decent anime is Five Star Stories. It's an oldie, but worth looking into. I also think the manga version of NGE is just as good as the show and gives some extra characterization to some of the main characters.

If you want a more down to earth, "realistic" take on mecha, check out Patlabor. Start with the original OVA and don't miss the two films. Real good stuff.
Eureka Seven is another classic that s a bit underrated imo. Tons of fun.

If you like old Gundam, check out Armored Trooper Votoms.

One that is not really mecha, but has robots and is a great story in its own right is Giant Robo. Epic in an old school way.

Thank you for the friend request. Really dig your favorites, some top level shows that I really like there.
What are you watching right now?

RPWPA Jul 13, 2018 5:11 AM
I tried to keep it as objectively correct as possible besides You liking it doesn't mean i should do too :"D Do what you wanna do man :"D

Basicpleb420 May 7, 2018 7:12 PM
Truth be told, I've only heard three Swans albums: Filth, White Light from the Mouth of Infinity and The Great Annihilator. I've been meaning to hear more, but I haven't been able to find the time for it.

Basicpleb420 May 2, 2018 8:58 PM
I sent you a friend request because the Swans avatar you use in forums caught my attention.

FLEX YOUR MUSCLES
All Comments