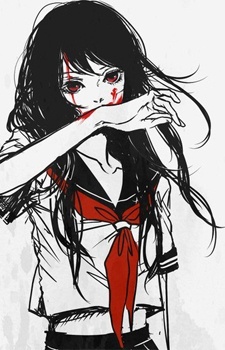 Psychedelicious Nov 7, 8:17 PM
hey!
sorry for the late answer, I hope you're doing well too :)
I'm not really active on mal anymore, but feel free to add me on Discord :)
Cyril#8515

I didn't really care for Yona that much either so you don't need to apologize, I just thought it was an entertaining show while it lasted but nothing really ''good'' or ''great'' in any way. Still haven't picked up Shirayuki hime since I'm being super casual again too (at least Cyril made up for it by finishing Mushishi)

Psychedelicious Jul 17, 2015 8:41 AM
Though private-life-related questions make me feel quite uneasy if you want my opinion.

skapandi Jul 15, 2015 2:59 AM
Thanks to getting used to the tropes, you can appreciate parodies and such stuff better too, so yeah (I'm sure I said this before too). Gintama should be one of the anime that gets better when you get more of the references (though some will still fly over your head for as long as you're not japanese (or live in Japan in general). Either way it's a funny series.

I have been cutting off relationships more easily now myself, though not being close to people can be pretty discouraging in the long run, since one day you wake up and realize you are ''alone'' (even if you have a loving family, making friends is still necessary). This speaking more in general of course (and I'm directing these words more at myself than anything else). On topic, one guy I knew during high school (probably the person I got closest to) seems to care about me more than I thought (though maybe this applies to a lot of other people, for some reason people always seem to care about me (< first world problems) even when I do nothing to deserve that), yet I haven't been keeping contact when I could (on facebook and other such social networks), which I probably should do.

Watching anime sometimes does help, since I manage to relax and stop thinking so much about other things (I guess it is good that I still have the leisure to do so, too). Everyone is human and ''breaks'' are needed usually, so it is more about what you use for ''escapism'' or to recharge your energies (in a way).

I didn't mind the yuri undertones at first, but in the last episodes it really did start feeling excessive, I guess. It doesn't ruin their relationship for me either way like it does for some other people. That scene you posted (gif) of Hibike was amazing for me actually. No, scratch that, the whole show felt like it hit me a little more personally than I thought at first, because I had been doing exactly the same thing as the band members and Kumiko (living passively and letting go of the things I liked), so that scene and Kumiko's development overall felt even more impactful than it probably would have normally (I could really empathize with her desire to get better at what she likes to do precisely because I watched it now, even if it is something people as a whole are probably able to relate to).

About Summer 2015, pretty ''meh'' season so far. Well, sort of. There are a few shows I like, such as Working and Non non Biyori's second seasons, but apart from that I don't really care for much of anything else, though I still haven't seen the new Durara (if it's even out yet). I actually never really cared much for Working either back when I marathoned it, but somehow it feels better in this new season (then again it is a show that feels repetitive and kind of stale in the progress of the characters's relationships, so it might be better as a weekly thing, even if I feel the writing may also have gotten better (and more progressive than the previous seasons already, though it is still a comedy anime so I mean within those standards) because it is on its 3rd season and probably wrapping up)

Apart from those, I guess Gakkou Gurashi was kind of surprising (in a good way? It had a ''twist'' on its first episode that tried to set it apart from the usual moe stuff (not that I would've minded it being standard if it was well executed).

Shimoneta is pretty vulgar (as expected) and stupid, but surprisingly entertaining despite all the raunchiness and not really being anything '''good'', since it fits the themes of the series or at least what it's trying to say (censorship is bad, basically). I appreciate the message, so the series doesn't rub me off the wrong way too much, even if the characters are generic and some elements of the show feel very contrived and like they need to be explained better (even if it is a comedy), especially with such an over the top premise like ''in this world, no one knows how babies are made, but they still manage to reproduce by (probably) fucking''.

Speaking of raunchiness or just ecchi in general, there's also Prison School (which I read the manga for), which is more decent than I thought it would be (as an adaptation at least), even if (ironically) it suffers from those censorship issues that Shimoneta tries to parody.

And for the rest I'll just list them individually:

Charlotte: pretty bad, and the second episode only made me dislike it more. Only saving grace so far is that the main girl has a no-nonsene attitude, but even with that I feel like it's trying to hard to make her ''interesting'' which makes her character feel a bit inconsistent already. The comedy is even more unfunny than Angel Beats's was (the anime at least, it was worse in AB's specials). It makes me sad that Jun Maeda can't seem to write anything even remotedly good anymore ever since the Little Busters (visual novel) Refrain route.

Chaos Dragon: Another case of writers being disappointing I guess (since it's supposedly a collab between a few popular ones, like Durara's, Madoka/Fate/Zero's, etc), though I never really expected much from it at all after seeing the previews. Typical chuuni shit and the CG is pretty hilarious in how bad it is.

Aoharu x Kikanjuu (idk if this is even the right name, but I'm too lazy to search it): Really terrible, the main character is retarded and it feels like a show only fangirls would enjoy (for the bishies).

And I think that's it, I might still try out a few more (like Akagami no Shirayuki-hime, which looks like it came to fill the void Akatsuki no Yona left). How are you finding this season?

Psychedelicious Jul 13, 2015 10:20 AM
Mushishi is soo coooooooooooool
When I heard that https://www.youtube.com/watch?v=gFHCd1Jmk3s, I knew that anime is everything I have ever loved that much in my life so I'm back in this dude :D

Yeah, Skapandi chose it for me :)

I just remember them going to the beach and stuff, honestly my memory is so terrible nowadays I feel bad, but maybe I will read some past episode discussions or something to see if I can revive it (then again, my laziness is also terrible). But yeah, I appreciate it with that being the intention at least, taking in account what I said about him before.
All Comments