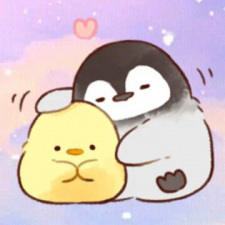 SparksOfSerenity Nov 2, 2020 6:44 AM
Hi! I was just searching around for Malaysian profiles on the location tab. Just looking for some nearby weebs :)

I agree agree the battle system looks great, very intriguing and the graphics are just phenomenal. You're right Midgar is just the very beginning of the game although very memorable, you return to it later in the story so imo it's not ideal that this one takes place just in Midgar. I also have my concerns but am sure I will enjoy the game nonetheless and am also very excited.

I have not continued my Octopath play through very far, still a bit volatile with my gaming haha and certain Mobile games have roped me back in too now :S Which are so time investment heavy. Never heard of Shadow Hearts, is it good?

On My GPD I've been playing all sorts, really having the time of my life with the system. I started replays of some classic PS1 titles like Tony Hawks Pro Skater 2, Kingsley's Adventure & Crash Warped. Been playing hacks of Pokemon Crystal called Pokemon Prism & Pokemon Crystal Clear on gbc and also started replaying Pokemon Emerald and a bunch of GBA romhacks. Gamecube emulation isn't perfect but I got Colosseum running well enough to start a replay of that, probably been spending the most time on that as I no longer have my gamecube and hadn't played it for years (and my first replay since I was a kid) so a very nostalgic run.

JVskunkape Jun 1, 2019 3:20 AM
Nice yeah I'm also super hyped for FF 7, and no worries on the long reply haha. Witcher 3 wasn't my thing tbh and I did play it quite a bit and gave it a fair chance, just couldn't get into it. The Persona series does intrigue me, but being a completionist I want to make more of a dent in my backlog before delving into a new series like Persona haha.

I really hope they drop the episodic idea too! I've played a bit of Octopath and it was great, can't say I'm anticipating Cyberpunk though, and never played a Xenoblade title either :s

Did you see the announcement about the Avengers Project from SE? I was right about that haha, can't wait to hear more about that game.

Tbh my gaming gone into some weird niche atm, I recently got a GPD XD+ which is basically like an android gaming tablet with the form factor of a 3DS. It's a nice little machine and I've been using it play ROM hacks and some older games like PS1 classics. Honestly I much prefer playing rom hacks on it as they become portable as the original games are intended, rather than playing on a PC. I do need to go back to and spend more time on my PS4 & Switch though, just the GPD is the most recent system I've picked up so still enthralled by it haha.

JVskunkape Apr 28, 2019 6:33 AM
Ah dude I hear you about not having time! But I do think it's important to make time for the things we enjoy, the last job I was at kept me pretty busy but I'd still at least play for 20 minutes or so after getting home and watch at least an ep or two or anime. But yeah the Switch would probably be great for your commute! I'm really enjoying the system so far, just wish I had more time for it like you said! I am gonna pick up Dragon Ball Heroes soon and will have to make some extra time then to start playing through that, and also plan to eventually get MK11.

I also really hope we get some news about FF7 remake! SE took Sony's spot at E3 so it's speculated they have some big news, could also be their Avengers Project but I'm also super excited for that so I'd be happy either way. Would be great not to have to wait much longer for FF7 but apparently that game went through development hell. I picked up KH3 & 2.8 but still haven't got around to them yet, I finished KH1.5 & Re:chain of memories then kind of got fatigued with the series, so feel like I still need to finish 2.5 & 2.8 before I can touch 3. I dunno but I'm a bit of a completionist so don't feel like I can jump straight into 3.

Congrats on graduating and the job! Hope you're enjoying it!

JVskunkape Aug 6, 2018 7:38 AM
Hey good to hear from you! Sorry about not replying to your last message, must of forgotten & no I'm still yet to play Crisis Core, think I actually bought it second hand a while back planning to play it through on my PSP but just still haven't got round to it, I'm kind of always playing 101 games at once lol.

I'm glad we share an opinion on XV, it got so much backlash from the fans but I absolutely adored the game, I had 100%'d it (except for comrades but I did enjoy and play a bit of that) but I haven't purchased the royal edition content yet. Didn't seem like a huge amount of content so might wait til there's more (and it's on sale lol). I really enjoyed all the DLC though so definitely will eventually get it. Ikr that last camp fire scene had me feeling genuine emotions! I don't think I was as invested in a FF game like that since 7 so it's actually up there with my favourites despite all the harsh criticism it's received.

Just some of the games I'm playing now are: Warioware Inc, DBZ Legacy of Goku 2, Naruto Ultimate ninja storm 1 + 4, Marvel Vs Capcom 3, Tekken 7, Injustice 2, Kingdom Hearts Re:Chain of Memories, Bloodstained curse of the Moon, Monster Hunter Stories, Pokemon Y, Sun, Ultra Sun, Crystal, Silver, Yellow, Red (+ about 4 Pokemon ROM Hack games). Then I also play a lot of a DBZ mobile game called Dokkan Battle, so when I'm planning to get around to a game it really can take quiet a while haha.

Gonna save up and buy a Switch toward the end of this year so I'm really excited for that!

rreacherr Oct 28, 2017 9:33 PM
Thanks a lot man! Now I won't feel so uneasy about not knowing what happened next. Would still pick it up though if they start translating it again.

rreacherr Oct 26, 2017 10:56 PM
Ah, that's sad. I was really hooked to the series but oh well, the only thing I can do right now is learn to read Japanese haha. Well, if you have the time can you summarize me what happened after chapter 95? And thanks again.

atmal Jun 28, 2017 5:47 PM
Haha, I only just saw the fishing game trailer, and people seem quite upset about it. Well at least you can't complain that square didn't make any final fantasy announcements at e3.

atmal Jun 28, 2017 12:12 PM
I'll probably only get assassin's creed rogue and a few smaller games/dlcs. Did square announce anything at e3?

Skylett May 9, 2017 1:21 AM
LOL, wanted to change to something else. Apparently didn't save it. Found this in one of my folder so yea, just change for fun LOL

JVskunkape Apr 18, 2017 7:51 AM
I actually really enjoyed The Spirits Within, but I get what you mean it could've made more sense released as a stand alone film separate from the franchise. I got the impression it wasn't based off any of the games or maybe it was just one I haven't played I'm not sure.

There's an OVA just called "Final Fantasy" from the 90's as well and while it's not at all groundbreaking, I still found it enjoyable and easy to watch. I believe it's a continuation from FF V.

Also have you seen the FF VII OVA? On the way to a smile - Episode Denzel?

JVskunkape Apr 11, 2017 7:11 AM
Hey bro sorry for the long reply I actually already typed out my reply to this time ago and had thought I'd sent it! It seems I hadn't though and no kind of draft was saved either :/

Berseria sounds interesting! Let me know if you do play any of the others and what you think of them!

I actually haven't been on my console much lately, got a lot to catch up on FF, it's gonna be my birthday soon and hopefully gonna get the Crash Bandicoot remake so I'm sure the scales of mobile/console gaming will tip back toward console once that's out.

I've been gaming mostly on my phone lately, I got a really cool new (ish) Yugioh mobile app game called Yugioh Duel Links idunno if you were ever into the games or the shows but if you were I'd defo recommend it! It's a fun game even if you didn't as it's heavily strategic yet also luck based but I do think the nostalgia element helps in my overall enjoyment of the game. It's F2P so I guess it couldn't hurt to give it a go if you've got an Iphone, Ipad or Android!
All Comments