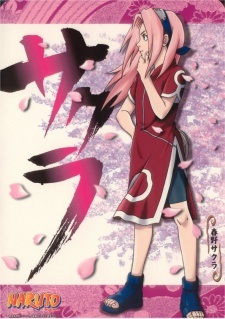 SeptemberGrace May 5, 2012 10:54 PM
Heya. I was browsing your to-watch list in lgiht of your recent recommendation request on CAA and spotted Infinite Stratos. Wanted to drop the warning that it's pretty much just pointless harem humor with a fair amount of fanservice. The mecha scenes are a blast, and it was kind of fun if you turn your brain off? But it does have a fair amount of your typical "falling on top of each other omg," "Ack! I just got out of the shower! pervert!"...sort of fanservice/'comedy.'

A couple of other comments: There is some innuendo later on, but it's pretty infrequent and (I don't believe) ever related to the MCs.

SeptemberGrace Mar 3, 2012 5:49 PM
Darker Than Black content notes, based on some of the other things you've mentioned bothering you:

Episode...7 I believe (or 6) has a "pink silhouette" sex scene snapshot. The arc is intended as comic relief, but I personally find those two episodes to be rather needlessly awkward. I don't even remember how the episodes are related to the main plot. Anyways, just a heads up. Those two episodes are kind of...random...against the rest of the series. There is also, later on, a character who teleports out of her clothing. You see her rear end, everything else is covered.

DtB is one of my all-time favorite shows (including and not including anime), and I think it would be a pity if you dropped it. But, in any event, wanted to give you those comments. =)

JulianneinJapan Mar 3, 2012 2:47 PM
Okay great! no problem! Gunslinger Girl, I have heard of, it seems pretty violent. But I haven't really done a ton of research. I think more than anything you'd want to watch out for is how much violence and how graphic, and their maybe some rape. I don't know though. Yeah, definitely look for research about it.

JulianneinJapan Mar 3, 2012 9:01 AM
Yeah, I knew there wasn't really any violence in Vampire Knight, I just meant that the storyline itself wasn't great. But if you liked it, I have nothing more to say or add, same with Casshern Sins.

Yeah, I believe you are 100% correct in your statement about nudity. It is what is is, doesn't matter if it's sexual or not.

More recommendations of mine include(and these are both dubbed & subbed:

5 Centimeters Per Second, it's a movie and a pretty great one.
Big O Basically similar to Batman, except with robots. ;P No blood, or very little if any.
Castle in the Sky another epic movie.
Gatekeepers A bunch of high school students with super powers that fight off aliens.
Howl's Moving Castle Another movie, and one of my favorites.
Seirei no Moribito Good series, some fighting, but little to no blood.
Last Exile I've watched 7 episodes so far, seems to be a pretty clean and epic anime.

There's a lot more recommendations I have, but they are all sub only right now.

And I would have to say, one of the best ways to learn Japanese, at least speaking it, is by watching subtitled animes. I know it sounds crazy. But it's true. I've learned a lot from watching subbed shows. It helps you learn how to pronounce words and how to say them efficiently. So I'd definitely give it a try.

I am hoping to become a missionary to Japan someday soon in the near future, so I have excitedly watched many shows subbed, because I know I can get more familiar with the language that way. It's second to being around a Japanese person 24/7.

JulianneinJapan Mar 3, 2012 8:21 AM
Ah, well. I understand that. It's definitely a thing to learn. But after watching a lot of shows subbed. I've learned to get used to it. Plus, I have to say. The Japanese just have a way about them when it comes to dramatizing something that is really special and particularly more hilarious at times then any English VA. And it's not the English Va's fault, its just that they don't have that same way of being. It's hard to explain. But maybe someday you'll be able to brave out a show or two, subbed? :P

Also, Vampire Knight is not the greatest, just saying. I'm not sure about Casshern Sins, but I've heard it's violent.
Just to put those out there. Though I'm not really into violence or vampires as a general statement. Just thought I'd give you my two cents.

Also, not to intrude on your other conversation, but I understand why you wouldn't want to watch Spice & Wolf. If you only got as far as the theme and were turned off by the almost full-blown nudity. Then you probably won't enjoy most of the rest of it.

I watched good deal of it, and she's like that off & on a lot through the show. And the thing I found the most disturbing about it, is that the guy that's she's with in the show, never tells her to get dressed. For me it's just like... "HELLO?!" But anyway. Again, my two cents.

Sweetpea Mar 3, 2012 8:11 AM
Ah. I can see why, I suppose. Since I've played with Barbies and it wasn't sexual, I wasn't that upset by it.... If you ever are willing to give it a second shot, I'd recommend skipping the intro- it's one of the most popular and favortie romances in the anime sphere because it really is a top-notch show.

JulianneinJapan Mar 3, 2012 7:48 AM
Oh I see, well that makes sense. Ummm. Clannad & Clannad After Story are ones I would definitely buy. In fact I'm still waiting for the day I can get them.

Actually, I'll just tell you the ones I have purchased.

Saiunkoku Monogatari (The Story of Saiunkoku) Season 1, unfortunately they haven't licensed the Second Season, and they have basically stopped licensing the First, so it would be hard to find.
Emma A Victorian Romance, I have both season, sub only.
Kanon (2006) [as I mentioned]
Rurouni Kenshin All three seasons. (Though the first two as seen as the best, I still enjoyed the third) Dub over sub, but both are available.(Note: I also own one of the OVAs & the movie, but I would stay away from the OVAs at the very least, because there can be a lot of violence and blood in those ones, the TV show itself has some violence also, but it is nowhere near as much as the OVAs)
La Corda D'Oro sub only avail.
Special A sub only avail.
Tsubasa Reservoir Chronicle (both seasons, OVA & movie)
Scryed
Busou Renkin
Sugar, a Snow Fairy
Bamboo Blade
Nabari no Ou
Neo Angelique Abyss You might like that one, it's about a girl that basically has to take care of her world from these demonic creatures, and she has these bodyguards that help her and protect her. Sub only though.
Samurai 7
I think there's more... I'll have to look again. But thats what I can remember off the top of my head

Sweetpea Mar 3, 2012 7:39 AM
Heya! Man- that's a lot on you're watching list! Since you're liking Fate/Stay Night, you should check out Fate/Zero afterwards, it's a prequel (but the first half only aired this last winter, the second half hasn't come out yet), but you can totally watch and understand it without having seen F/S N. I most certainly have.

Also- I'm immensely curious. What turned you off to Spice and Wolf?

JulianneinJapan Mar 3, 2012 7:01 AM
Hey there! Thanks for adding me on here! Looks like you have quite a list you're watching right now, eh?
All Comments