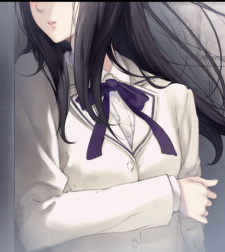 ChangeItSelf Aug 13, 2018 1:13 AM
I don't think people find most things boring. We are not built to do a lot of things. However, there is the case of people not finding something they can consistently do. I guess I admire who can get lost in one activity, maybe.
I don't know about boredom, but the only fulfilling activity is just helping people.

I play yugioh on an online automatic simulator. I prefer it not being automatic, but I don't really have the motivation to learn rules as fast as I did before and card effects. The game really works on your memory. In 2012-2013, I literally memorized every card possible and mechanic. just the training and process, even if the time should have been spent on something more rewarding? It was still enjoyable and helped me improve perspective and strategy. They keep changing the rules, because they have to maintain a profit, which means make new cards more appealing than old ones. Also, Konami never intended for most of what the game does. it is just players exploiting rules and making the game whatever they want. It will happen no matter what because we are kinda clever. It is why it is fun to watch speedruns or cheaters. Beating the system is human desire.

I like the game because it keeps evolving, it is a new game every few months, but with the core theme of dominance still present. It is also cool how they make so many different mechanics out of each archetype, even if some are stretching. I will eventually get bored, in fact, I already am, but I am excited to see how the game keeps evolving. It is another to grow up with and relive memories. I felt a deep connection with some deck cards. It never really felt solo, as if the heart of the cards fights alongside me :)))). Might have truly helped me with my human loneliness. Not because it led me to people, but it led me to trusting cards and treating them as help. it is fun and interesting. It is pretty unfair, but my goal isn't success in the conventional sense of winning, but just understanding puzzles and making the best use of a situation even if a loss is the only way. It is cool to try to use intuition to make a deck or hand efficiently. Also, helps with memory since the half the game is knowing what your opponent can do which entails knowing every card or comeback possible.

I thought the original design of the game was boring and slow. Now the game is fast, and completely unfair at times, but being kept on your toes and always ready for a change or an overwhelming are really fun for me. It can be applied to real life if I were pretentious and I am. If I had a voice back then, I might have gone to actual events, but I wouldn't pay for anything now. Card games are cool puzzle distractions, but not fulfilling enough for anything else.

Dodicin Aug 4, 2018 3:46 AM
I read a version I found on sukebei.nyaa originally, maybe it's an issue with your locale? If you're looking to buy it, this year Leaf released (on Valentine's Day even, the absolute madmen) the Extended Edition that includes IC+CC, plus the Mini After Stories, six Drama CDs and 9 novel short stories, so I suggest you buy that. Keep it up!

Dodicin Aug 2, 2018 11:16 AM
Sorry for the late reply, MAL broke - I thought I had actually managed to reply to you, but I guess not. Anyway, I read it in jp, I know there's a translation project going on but I haven't heard good things about it. Hopefully Mangagamer picks it up as it's always in the top 5 on every yearly survey, as Closing Chapter and Coda aren't just good, they're REALLY good. Good suffering material, that is.

ChangeItSelf Jul 31, 2018 2:42 PM
I have not done a lot of things. I have not even gazed at a lunar moon. Wait, lunar means moon. The moon moon? Speaking of moons, did you know reality is illusion? Therefore, the future is probably whatever you want it to be, probably not. I will converse more eventually or never.

Danish_ Aug 12, 2017 9:08 PM
I've been learning it on and off for since April last year, and by on and off I really mean on and off. I would say I had a total of 6 months of complete inactivity in there, having to re-learned what I had previously known—and that's not including the many, many days of spending no time at all reading. So out of the 16-ish months of reading, I'd say 8-9 of those months I haven't read anything.

I started out learning Hiragana and Katakana via Real Kana—just drilling them all into my head until I felt decently confident, but katakana can be a pain for a while afterward. Then I went on to Tae Kim's Japanese Grammar Guide to get the basic grammar (only section 3). After two weeks of going through those two steps, I began to read my first visual novel, SubaHibi. That's it, visual novels. I use a combination ITHVNR or ITH (99% of the time the former), ChiiTrans Lite, and Translator Aggregator with JParser (this one being optional but sometimes helpful) to get Japanese-to-English definitions on all the Japanese words I don't know, which starting out will be pretty much all of them. Now that I'm just getting more into it, having read Dies irae and SeaBed in Japanese since "really" starting (slowly coming into form, but I'm getting there!), I take any grammar questions I have to other readers I've met, Google, or Japanese Stack Exchange.

If you have any questions, feel free to hit me up again. I'd love to help you get into a medium that has heavily impacted my life.