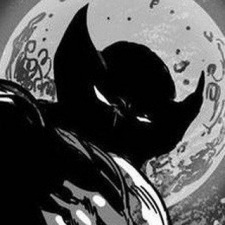 gsesica Sep 1, 10:32 PM
u seem kind of dumb to me respectfully... ur review on Saishuu Heiki Kanojo honestly felt like u merely glanced thru the entire anime, u messed up on quite a few of ur points and made the show seem very poorly put together which felt disrespectful to such a unique and artistic story... although i agree with a few of ur criticisms i wish you would have left a review after honestly watching it instead of simply bashing an anime that u didnt even care enough to pay attention to. also u called main character chise 'fat-looking' and i had to laugh... how removed from society are u?what kind of disconnected world do u live in?...but nonetheless i mean nothing by it so sorry if that was hostile. i think it was a good anime and despite our opinions i hope u have a good day

AnimeUniversity Jun 12, 1:29 AM
It'll be appreciated if you could take some time to read this and maybe help me understand better.

I read your review on ASTAROTTES TOY and I'm a bit confused. I'm only on Ep 3 at the moment granted but overall this show seems really cute to me and not so much vile and lewd, even the ecchi contents of it are very mild compared to some shows.

I understand that you did write that review back in 2011 which would make you around 10ish going off your birthday so I'm not really holding anything against you in that regard but I would recommend at least rewatching the show at your current age since so far up untill Ep 3 it has been pretty tamed and wholesome from my perspective.

ThatDarnIrishMan Nov 17, 2015 7:42 AM
I understand your review for the Black Rock Shooter OVA was like 5 years ago but... wow, you should probably redo it. It's just awful.

Apart from you shielding against the OVA having a decent score with "Well, fanboys will vote it up because it was so hyped", your critique of the story doesn't even make sense. Mato and Yomi were friends for at least a few months before Yuu shows up whilst you said it was 3 days. It's shown quite clearly in the show since they ended a school period and were getting ready for their spring event when Yuu appeared. Heck, they were in their second year before it even became a problem... because it became a problem when they split up in Year 2 and Yuu spent more time with Mato because Yomi was in a different class.

How could someone take any of your critique seriously when you can't even get such an easy, factual point correct?

xLastSighAMV Oct 27, 2013 1:18 PM
Oh boy...
There's something about your Kara no Kyoukai review... that makes me feel weird.
In one side, i want to think it's the worst review i've ever read. But in the other side, i feel stupid because you put in words exactly what i was thinking when i finished watching it.
So, i guess you did something right.
Oh, and by the way..
DAT FRIGGIN SNOW.

Manganiaque Jul 18, 2012 3:20 PM
Hello!
Umm... I've read your review on Saikano and to be honest I'm not sure what to think about it: either you haven't understood anything about the plot, the characters and the music or you're making fun of those who happen to read the review...
And no, it's not one of my favorite anime.

I just wanted to say that I LOVED your Saikano review. It was so much fun to read, and I completely agree with you: The show is crap xD

I can't get enough of bashing when it comes to crappy shows with undeserved fame ;P

V PS2: Glad to see I'm not the only one hating Saikano

maggiecz Feb 2, 2011 10:33 PM
Just wanted to let you know i almost died of laughter from your Saikano review. best thing ever written
that anime was horrific.