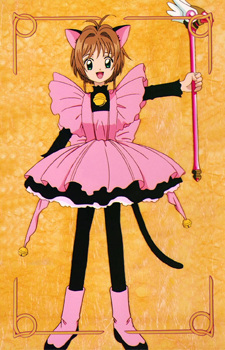 Kurt_Irving Aug 15, 2019 10:00 PM
You're welcome! :) and btw, I'm almost 30 this year. Also, I like my username as it is and as you can see, I'm watching Vinland Saga, but now that I made to episode 6, I have to wait for the subbers to do their jobs. Until then, I'll be watching Fafner: The Beyonder (I like Beyonder more), which has the character designs my friend Mimi (she's a Gundam fangirl since SEED was aired) and I are quite familiar with.

Since Mimi doesn't use MAL much, I could probably recommend you my friend Julianna. She's very nice and is one of the few adults that use the site on a regular basis so far.

Oh! and I don't talk to everyone on MAL since I can't relate to kids that much, kids are everywhere these days.

Kurt_Irving Aug 4, 2019 8:46 PM
Hello! you probably don't remember me, but I want to say that you have good taste in anime overtime. Btw, my friend Mimi is the same age as you (I remember your signs being a Libra/earth dragon as shown on your profile ages ago) and she introduced me to AniList.

ACatgirl95 Apr 20, 2017 9:36 PM
So what did you enjoy about Mahou Shoujo Madoka Magica? I already know that my anime preferences differ from the norm, but I'd still like to know what goes on in other people's heads.

ACatgirl95 Mar 17, 2017 8:48 AM
I tried watching Mahou Shoujo Madoka Magica. It was not a good idea. I knew it was going to be different from all the other magical girl animes I've watched, but maaaaaaaaaan, it's something else entirely. This has NOTHING to do with magical girls.

Akito_Kinomoto Jan 24, 2017 12:14 PM
It's high time the folks who actually give a shit about progressive policies take back the democratic party. During his farewell address, Barack Hussein Obama said "you are the change you're waiting for." He's right. So with genuine sincerity, I say "Thanks Obama"

It's time for the establishment democrats to step the !@#$ aside, don't you think?

ACatgirl95 Jul 27, 2016 9:58 PM
It's quite the opposite for me. When I first started anime, I watched a little bit of everything and experimented with new genres. Action, sports, horror, romance, mystery... pretty much all of it. In fact, that's how I discovered magical girls. I didn't start by watching those right off the bat. Over time though, I got a better idea of what I like, and gradually narrowed in on that, if that makes sense. So I've already done the "breaking out of my comfort zone". (Also, it kinda doesn't make sense to me. Anime is entertainment, so I watch what I want to watch. It's hard for me to force myself to watch something I'm not sure I'll enjoy.)

Also, this "everything seems cliched and predictable" feeling happens to me a lot, not just in anime. Probably the best example of this is traveling. I've visited countless places, including Europe, Canada, Mexico, Japan, ... It's one of those things I enjoyed as a child, but as I visited more places, I became less impressed, because I feel like I've seen everything already. For example, a few years ago, I visited Europe, and saw many huge churches with beautiful paintings and colored windows on the walls and ceilings. And then last winter, I visited St. Patrick's Cathedral in New York, expecting something similar, only to be disappointed because it was entirely underwhelming in both size and appearance. (All the hype surrounding the tourist locations in New York doesn't help, because all it does it give you inflated expectations.) (Wow, another disappointing rant. ^^; )

Wow, didn't know you also played Fire Emblem. :o I actually had very little time to play it. In fact, I have so little spare time recently, that I let my younger cousin borrow my 3DS for the time being. I started with Conquest and got to chapter 7. Though I watched videos online of people playing it, so I know the plot already. I skipped all the gameplay, so it only took me like 5 mins per chapter. So feel free to talk about the plot from all three routes. Nothing's a spoiler for me. xD I'm surprised to hear you say anything good about the plot though, especially Conquest. :o

As you probably know, I haven't been watching much anime in quite a while. The last time I watched anime was in December. Kobato was... okay I guess. I initially had a pretty good opinion of it, but IIRC, it ended with a bunch of loose ends, which disappointed me. I don't even remember much from Aria tbh. I guess it's a slice-of-life, so you're not supposed to remember all the events. I'm feeling ambivalent about everything I watch. It seems like it's getting harder and harder to "impress" me, so to speak. I think I've watched enough anime at this point that a lot of it feels cliched and predictable. Heck, even magical girl animes fail to provide the same level of excitement as they did in the past. I've watched so many magical girls and cute animes that I'm kinda "numb" to the cuteness. :o

Recently, a new Fire Emblem game was released, and I've been focusing most of my spare time on that instead.

Sorry about the disappointing rant, haha. ^^;

Elderly people are less likely to suffer from diseases such as heart disease, cancer, diabetes, and Alzheimer's disease, if they regularly watched at least five episodes of magical girls per day when they were younger.

The truly dedicated magical girl fans will be delighted to learn that those who watch ten episodes every day help to reduce global warming, cure cancer, end poverty, and colonize space.


If you haven't figured it out already...
Happy April Fool's Day! :D
Source of inspiration: http://www.snopes.com/medical/myths/overweight.asp

Brand Jan 16, 2016 9:55 AM
Zenkaikon is about 5-7 thousand people so small but still a nice size. It is a pretty chill convention. Lancaster is pretty cheap so the hotels and parking are much cheaper than most other conventions. I like about 45 minutes away so some of my friend drive down everyday. Saturday would be the best day to go if you were only going one day though. I really like it, has gotten to be a pretty good small con.

Haha, I've had my friend rip his pants when he was helping me move a box of manga.

I have a pretty decent sized tablet so if viewing single pages they would be bigger than in an actual volume so it isn't to bad.