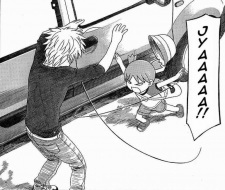 RichtheLionheart Mar 22, 2017 8:24 AM
This guy is amazing https://www.youtube.com/channel/UCWl4r8lWQwk1BRQhNugBYzQ . I learn new tricks from him all the time.

One thing you can consider are dropsets and supersets to change things up and get better results.

Olem Jan 21, 2017 1:01 PM
Hmm... I think I'm enjoying it but it's not the best season outta the past few seasons. If you don't mind CGDCT or more moe types, Kobayashi-san Chi no Maid Dragon, Urara Meirochou, and Gabriel DropOut are pretty fun. But yep, it's kinda eh in general, just enough to keep me entertained though. What have you tried so far?

Oi boy, using my own shit against me?
Fucking gross "quickmeme" watermark. Get outta here 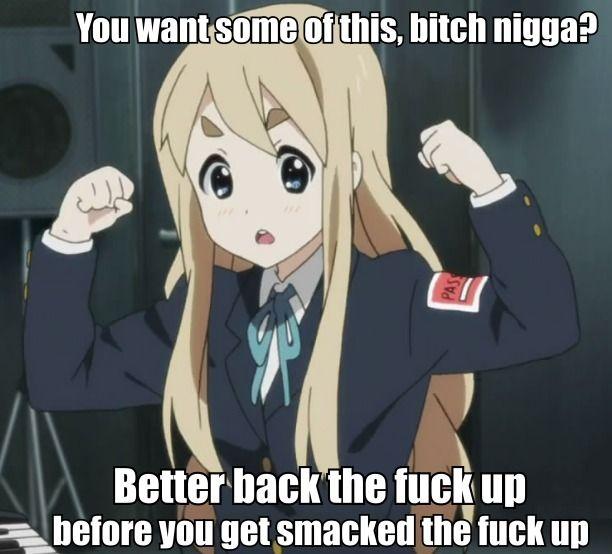 Olem Jan 6, 2017 9:36 AM
Wowwwwww look at this guy dissing Hisoka. He's like one of the best character in Hunter x Hunter
Nah, but he's definitely one of the most entertaining in there lol

Olem Jan 5, 2017 9:24 AM
I take it you really liked it, huh? Anywhere specific or you just kinda traveled all over? Nope, never got a second job o_O I didn't know you had two jobs yourself.

Okay, you win lol >_> I can't seem to think of anything else for Ban. I just liked his complicated relationship with Meliodas and their friendship despite him trying to kill Meliodas a few times along with his love story with Elaine.

Hmm... Yeah, Alibaba more or less doesn't get to shine for a large majority of the anime even if he has in the manga, but Aladdin and Morgiana get a few moments themselves. The 2nd season also focuses a bit more on Aladdin. As for Ugo, the genie, he should get less screen time over the anime so you don't gotta worry about that. There's even the Sinbad no Bouken anime that acts as a prequel and focuses on a different character introduced in the anime later, but I guess you could watch it depending on if you like him or not.

That's the first time I've seen that comparison o_O I understand the art style part, but fight style? Whatcha mean by that. I feel the series gets really creative with their powers since each person is VASTLY different, it goes way more in-depth in that later. Also, the series really starts kicking off and setting the tone for the rest of the anime once these guys are introduced: 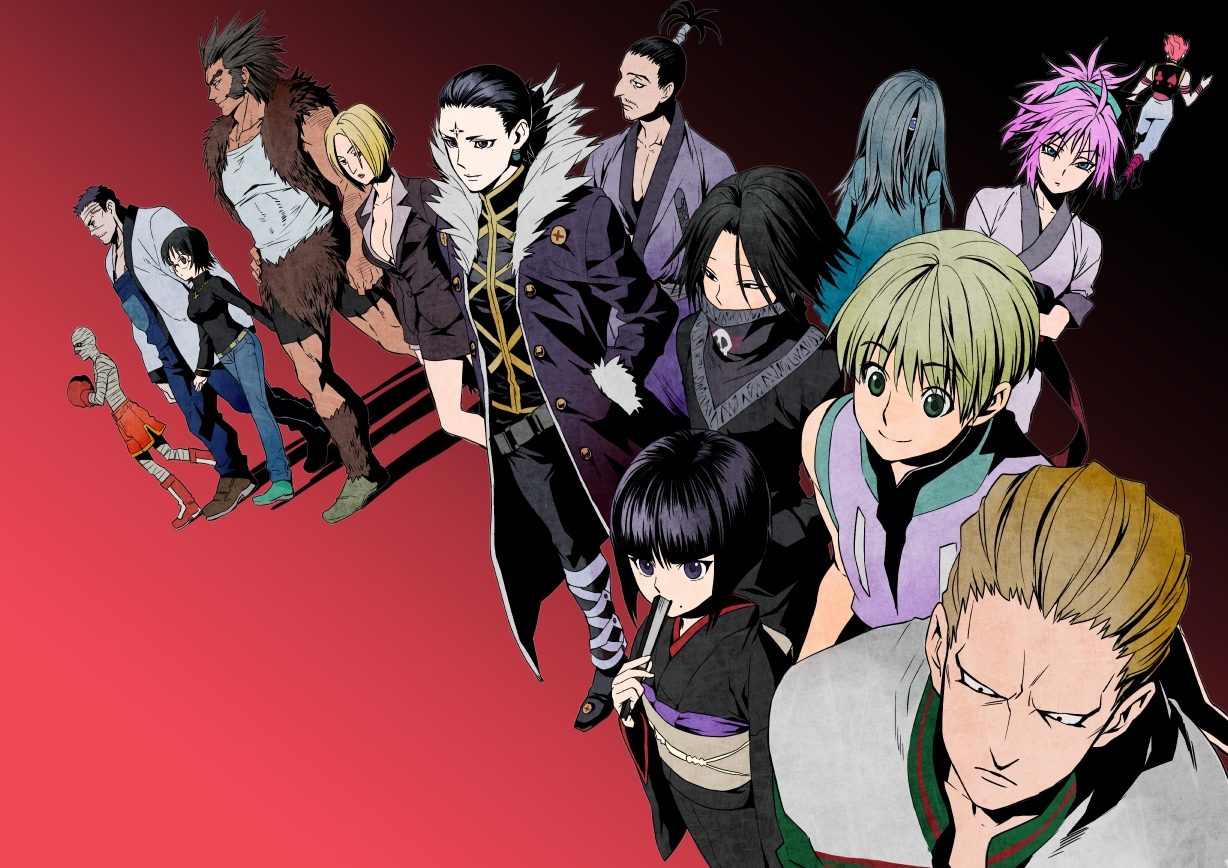 ...But that's in, like, episode 40~50 or so >_> So yeah, not sure whether you'd be on-board for that and wouldn't blame you for not being
Well, even though I say it "sets the tone", it's already somewhat dark in the first arc.

The anime for Youjo Senki should start airing either tomorrow or the day after if you'd just wanna wait for that since I think you prefer watching over reading?

Yeah, I think I remember you saying that when I asked why you didn't like it. Hmm... Honestly, I think I like any kinda of comedy? Dark humour, slapstick, satire, wordplay, and since anime has a LOT of it, I've really come to like that 'boke and tsukkomi' style they use a lot too. If we're talking my preferred type, probably same as you lol Over the top is great and I've had a lotta good laughs from them. Hayate no Gotoku is of course my all time favorite though

Olem Jan 4, 2017 11:53 PM
Crap LOL Nevermind about the KonoSuba part, I remember you saying you hated it

Ah... I guess i can't blame you then. I rarely read up on how other people feel about all that stuff, so it's my first time seeing someone dislike him for that.
As for weakness... you got a point lol Well, he's immortal at the very least?
Just give him a bit and he'll recover unlike the other sins who have to go through leaps and bounds to return
though I guess that really isn't all too impressive everything considered...

Hmmmmmmmm... How about Magi or Hunter x Hunter? Though Magi's overpowered characters comes after a major arc or two, or by the end of the first season or after 100 chapters or so(?) iirc. Hunter x Hunter follows Gon and Killua but their surrounded by overpowered characters left and right. I'd recommend watching the anime with this one though since the artwork for the manga is kindaaaaaaaaa. Yeah. It's very poor unless it's some super serious scene.

Really? x_x I'm feeling excited for winter 2017... Speaking of overpowered characters, there's Youjo Senki if you're interested in that? But yeah, I'm a bit excited for winter season. Have you watched KonoSuba? Now's your chance. It's a pretty funny comedy, imo. There's also Blue Exorcist's sequel after so many years, Little Witch Academia TV anime, a few original anime that look interesting, and a handful of other comedies who's previews look pretty funny.
Have you checked out the previews?
Check it out and see if anything interests you: https://myanimelist.net/forum/?topicid=1577061

I heard the prequel(?) to Fuuka was way better. Dunno how true that is though.

Yeah, I agree with Masamune-kun no Revenge. It's kinda eh but it'll still be entertaining enough to pass the time and fill in some gaps.

Merry Christmas and a Happy New Year to you too ^^

Yep, I've read and watched it. Weren't you up-to-date with Liar Game before? I thought you followed that all the way through, but I dunno if you'd consider that a long-running yourself. Yeah, Sun-bro Escanor is pretty badass lol Kinda funny saying that cause when he reverts to that lanky, lacking confidence normal form. My favorite in Nanatsu no Taizai is Ban though. How'd you feel about him? Just curious.

Would you recommend that?

Nah, my family doesn't do anything for that day a lotta the time, and it usually just feels like the same as any other day. Think I've gone to sleep early on it for the past few years. My extended family on the other hand, they usually party, maybe eat venison or something, but it's extremely rare that we hang out with them.

Nope, sadly. Dunno... I just never got to it? Well, that isn't exactly true. I got spoiled by some people on MAL, so I just never got around to watching it. That, and I remember hearing about how Shinkai Makoto's movies are generally, well, pretty damn heartbreaking, and I think you know I feel about sad endings lol I don't dislike them, but I'd rather avoid them if possible cause I hate feeling sad

I didn't call the picture a spoiler? o_O I said that I didn't bring up Kimi no Wa to discuss with you despite seeing you had watched it cause I didn't wanna get a spoiler outta you, though I guess you never really spoil thing and instead give out fake spoilers like with Freezing.

I've had that on-hold for so damn long... I can't get used to the clunky full CG in that. I think I watched the first 3 episodes or so and then put it on-hold. I've heard it's like one of the better shounen action manga/anime though. I've always liked things that take place around that period of China though, so I may end up sucking it up sometime and watching or reading it, probably the latter

I think there's been a lot I've really liked this year like:

Then a buncha stuff from this season

Hmm... It's not a movie, but Sangatsu no Lion from this season has some pretty emotional stuff. I think I remember reading up to chapter 50 or 60 a long time ago when I put it on-hold, and I recall it being pretty heartbreaking at times, especially when it came to learning about
Kiriyama and his family circumstances. The anime seems to be adapting pretty damn faithfully too, so nothing'll be skipped out it seems.

Olem Nov 6, 2016 12:44 AM
I wanted to with how much hype it gets, but the only quality online are camrips... so yeah, just waiting till BD release is out lol

Suits the genres you like huh... So I'm expecting it to be sad as shit and heartbreaking. Glad to know what to expect then lol I've never watched any of that Makoto dude's movies, so this'll be a first when I watch it

Was actually gonna ask you about it on steam since your profile pic was of it, right? I decided not to though since I didn't wanna be spoiled in the slightest

Olem Jun 4, 2016 6:46 AM
Sorry... I just never know if it's welcomed. Sorta like "Oh geez, can this guy just shut up already" kinda thing lol Always been that way about little stuff like that. I used to apologize for every little thing when I was younger, and I feel I'm not THAT bad anymore. I think it may be nearing 2 years now? Time flies by

Ohhh. And I agree, I feel like the character development far outshines the plot so far. I'd type more but it'd contain spoilers x_x Had to delete part of this post since I almost missed where you said "I can already see from the first few episodes...". Ohh, but my god I loved one of the insert songs in one of the last few episodes. Don't click on the video/song yet in the spoiler until you're fully caught up else it may take away from how cool and tense a moment it was.

Even though I've followed BNHA longer, I may end up becoming a fanboy of Re:Zero. Even considered starting the LN recently but I burned myself out by catching up on Re:Monster. If you're interested since you liked Re:Monster, apparently the wiki(http://re-monster.wikia.com/wiki/Day_1-10) has the "days" of the WN translated up until 220 or so, then 221~300 are google translated, and then 301~33x are partially translated.

Do you recall what that was...? I usually try to avoid spoiling things because I hate spoilers myself.

I see lol How would you compare it to Attack on Titan? Only asking since that's what a lot of people are comparing it to for obvious reasons.