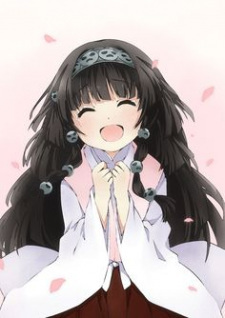 NotHere25 Nov 24, 2020 6:15 AM
I understand. I really like the dub, but I know some people are Prefer subs. I’ll watch both depending on the show. Some shows I don’t mind watching dubs. Other times I prefer to watch it in its original form. I also need to knock out my watching list but I’ve been slacking. As for new anime, I started mermaid melody recently and I’m also watching this one crappy seasonal called Dogeza because the episodes are short. What anime have you been watching lately?

NotHere25 Nov 21, 2020 4:31 PM
I’m fine! I was just hospitalized for the illness recently as it was very debilitating so anytime somebody mentions that they have ocd, I immediately feel for them. It’s such a misunderstood and commonly misrepresented illness.

Yeah, it’s a 90s romcom about a child star who has to deal with a delinquent boy in her class, and that’s only scratching the surfaces! It’s a lot of fun and is actually one of the few anime where I would say the dub is miles better than the sub. The English voice actors all suit their roles so well and out so much energy into their roles. Sadly, only half of it was dubbed, but I highly recommend it!

NotHere25 Nov 19, 2020 8:04 AM
I do try to finish things now. In much more adamant about that. Also, I’m SO sorry to hear you have ocd! It’s a horrible illness. I was hospitalized for it recently so I would know. I really hope you’re okay!

Yeah, I only ever had the first couple of volumes of shugo Chara and never got the rest. I’d like to collect them all and re-read it. I remember really enjoying that one. I’d also like to do the same for Kamichama Karin. There’s a sequel manga called Kamichama Karin Chu that I also haven’t read. I’d like to try it.

Also, have you seen Kodocha? It’s not a magical girl anime, but it’s a shoujo anime and I think you might like it.

NotHere25 Nov 18, 2020 2:57 PM
I never did finish the Tokyo Mew new anime. I saw a few episodes and kind of just fell off with it. I was in middle school and that was during a time in my life where I would start all these different anime and then never commit to finishing them. I read the manga when I was about 8, but even my nostalgia didn’t get me to ever finish the anime. Wedding Peach is sooo cheesy and honestly a little dumb but I love it sooo much! You might enjoy it though if you liked TMM. I DO recommend Ririka though. I also think you might like mermaid melody. It’s really cute so far and does give me strong Tokyo Mew Mew vibes. I remember seeing ads for sugar sugar rune in the back of some of my manga but never did read it. I also read a couple volumes of these two manga called Kamichama Karin and Shugo Chara as a kid. You might also enjoy these based on your favorites!

NotHere25 Nov 17, 2020 2:15 PM
Hey, thanks for accepting my friend request! I just saw TMM in your faves and got excited. I loved the manga as a kid as it was my first. Have you seen Wedding Peach, or Nurse Angel Ririka SOS? I also just started mermaid melody which is cute so far. Kind of like TMM but with mermaids. Also, have you read Kamikaze Kaitou Jeanne? That’s one of my favorite magical girl manga!

And I'm referring to Rinne Tensei Madara Uchiha with the Eternal Mangekyou Sharingan and Rinnegan doujutsus (with the rikidou paths ability) equipped with his Gunbai and control of the juubi and Gedou Mazou, a complete Susano'o, with Hashirama Senju's DNA implanted in his chest so he can perform Mokuton kekkei genkai and yin-yang release ninjutsu as well as being extremely skilled in taijutsu and bukijutsu.