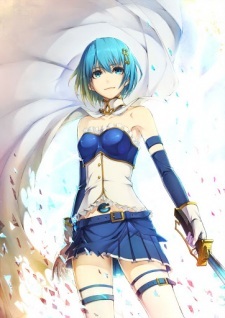 Thanks for the words too :)

Ryuseishun Aug 20, 3:55 PM
Yayaka is great as well, too. Her progression was very well-handled, imho. She didn’t feel like just some typical inserted rival or anything of the sort. That’s what I think made her stand out as well.

Noirlax Aug 18, 8:00 AM
Good to know there's more Noir fans out there. Noir is a masterpiece of directing and subtle storytelling, underrated indeed.

Ryuseishun Aug 18, 4:16 AM
Yea it's so criminally underrated! I really loved the two leads as well!

WatchTillTandava Aug 9, 2:20 PM
No problem - I was glad to do so. And these are some of the series I could sense pretty early on would never be dislodged from my favorites. Between writing, OST, voice acting, and little intricacies in the storyline they're just too memorable and special. I really enjoy those series which seem very distinct from one another and which also feel like they have a lot of interesting stuff to say and execute it well. Flying Witch is my favorite iyashikei Slice of Life, but looking over your favorites, I notice Shoujo Shuumatsu Ryokou and Non Non Biyori, which would probably be the ones to round out my top three in that category. I wish there were more iyashikei SoLs as well. I like stories from every genre, but some genres more than others, obviously. I love Thriller and Slice of Life.

Vene Aug 3, 1:38 PM
It's being so long indeed, man 8 years.. cannot believe so much time has passed.
I'm a bit nervous actually... can they really pull it off?, Rebellion for me was amazing, the ending as well, so if this sequel sucks, pretty much I will have to go to therapy or something :P

I'm not really interested in Magia Record, just a simple cash grab. And most importantly, no Homura or Sayaka...

Both Qualia and Octave are gems so dear to me, but almost all the titles in my favs are the same for me, they are the kind I could rewatch / reread over and over again.

Recently saw the announcement for the Rebellion sequel, what a time to be alive! :D

SofiaBulga Jul 6, 7:00 AM
Thank you for sharing my pain with me.

Jarivo Jun 26, 3:21 PM
I absolute agree ^_^ . Yeah Chikai no Finale I rated it with a 7, which is the lowest of them. It is good, but compared to the others it lacks. Especially on the character development (I understand that it is a movie and there isn't a lot of time to develop, but for such an anime it isn't smart to make a movie in the first place) and the story was slightly worser.

Murasakiiro no Qualia / Octave and Girl Friends as favorites?, man you rock!