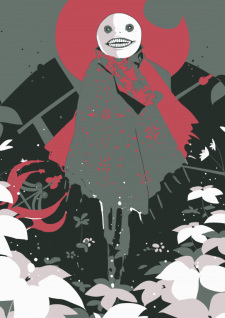 ShinjiGowacry Mar 20, 2021 3:42 AM
Yo how do you put the air date and the start and finish dates I just wanna know thanks mate👍

Poseur May 22, 2018 6:56 AM
Tokyo Tribe 2 fucking owns. I can see this becoming a top-tier favourite. You already know this is a classic at first episode

Fall Jun 24, 2016 1:55 PM
I believe I have a somewhat unorthodox way of reviewing things; rather than focusing on aspects such as story, characters, art and sound, I talk predominately about themes, how they relate to the narrative, characters, and atmosphere because they're more important to me. I don't tend to write reviews for 'unimpressive' shows or manga (that don't have particularly deep themes or characters), so I end up talking at length about the themes and how they relate to the narrative without spoilers. My reviews are essentially a collection of thoughts that aim to justify why I liked or disliked a certain series with my recommendation (or lack thereof) for said series tacked onto it -- they're a way for me to reflect on any given series and feel justified in my fondness or distaste for it; it just so happens that they're very suitable for review format. It might sound bad to say this, but the public is an afterthought -- I write my reviews for me. I hope you enjoy them if you do end up reading them (they still need some editing here and there (both to update my opinions and my writing), but they're 95% perfectly readable if they aren't already fluid).

Ahh, I see. Here's hope for BBCode in the future!

Hana to Alice: Satsujin Jiken is an animated prequel to a live-action coming-of-age film that came out back in 2004, so I'm not sure if that fits your criteria. I'm a bigger fan of the anime, personally (I'm an hour through the live-action film atm, but I paused it and haven't gotten back to it for the past two months). You don't need the knowledge of the live-action film to watch the sequel, and you won't be spoiled on the prequel if you watch the sequel, so any order is fine. If that's not suitable to your criteria, then I suggest Jinrui wa Suitai Shimashita, an anime that came out in 2012. It's my second favourite anime ever and I have yet to find anything really like it. The synopsis:


For years, declining birth rates have forced what's left of the human race to cede more and more territory to other beings who have appeared to take advantage of the emptying ecological niche. Now, only a handful of humans remain among the remnants of civilization and Earth is dominated by faeries —tiny, ten-inch tall creatures of surprising intelligence. But humanity's importance isn't over quite yet, as young Watashi learns as she makes the decision to return to her hometown and assume her grandfather's position as an arbitrator between the races. Unfortunately, the job isn't going to be anywhere near as simple as she expected, and it's going to take a wisdom far beyond her years to achieve her most important mission.

To quote myself in the past:


Sounds a bit like a somewhat heavy drama, right? It's not. At least, not most of the time. When it wants to do drama, it does it extremely well. Jintai is chock-full of cynicism, satire, and witty humour. The protagonist, in particular, is one of the most unique, interesting, fleshed-out and well-developed characters I've seen in any form of media. And her name? Watashi. Her real name is never mentioned; this is something that remains true for most of the cast. Her grandfather is called 'grandfather'. Her assistant is called 'assistant'. The village chief? 'Village chief'.

Jintai is peculiar, but this is a good thing. Its humour breaks free from the blob of repetitive, lost-in-translation comedy seen in most anime. It's also surreal, though it's not off-putting. Jintai has a lot of depth to it, with a bunch of non-preachy social commentary. But if you don't care for social commentary, the comedy aspect is just as entertaining. There's an abundance of deadpan humour lined with a healthy amount of cynicism, and the majority of the comedy comes from one of the greatest characters in anime: Watashi. Whether it's a surreal comedy or a creative social comedy you want, each one is peppered with just the right amount of cynicism to entertain you without feeling negative or pessimistic.

Jintai is an intelligent series with plenty of creativity and enjoyment to be found. If you haven't seen Jintai yet, I strongly urge that you do so as soon as possible. I can't recommend Jintai highly enough.

I'm something of a big fan of Jintai, though I don't want to hype it up too much.


Thanks for the recommendation but it will be difficult to even start reading manga as i want to start but never end up starting with my first, the only thing i can get myself to read from time to time are Marvel/DC/StarWarsEU/TWD comics, i even have manga sites bookmarked but as i mentioned, never end up starting for some reason.

If you're into novels, then you should be fine with Kamisu Reina, because it reads, for all intents and purposes, exactly the same way. There aren't any illustrations either; just words. I'm not a particularly big fan of manga myself (I simply don't like reading stuff in comic format), though I will stick my neck out for a particularly unique series.
All Comments