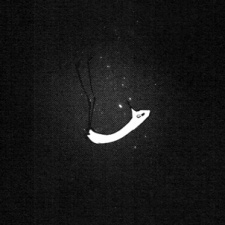 Unagumoro Jun 5, 2017 10:14 AM
Hey man, I don't remember how I end up in your profile, but I saw you love Gintama, so I have a question
I'm trying to see if Gintama is my thing
Now, the is kind of a 6 to me personally, but here's the thing...
I'm not a fan of comedy
And even when I can have a good time, which actually Gintama is the case (almost exception), there is not much stuff in humour that I admire and like

So here's is one of two questions I wanna ask you: What is your sense of humor? I mean, what else without Gintama do you laugh at it? Because then I can have a more solid notion if can fit with my personal sense of humour or not, and I know the best way it's obviously decide for myself watching it, but since is a long series and everybody talks how gets better with time, I want to come with a conclusion now hehe
The best thing in humour to me is The Office (us), this show is like a 7 to me, that's the highest a show can get from me when is only comedy, but The Office is kind of more than that, beucase of the connection you have with the story and the piece of work itself... once was time this personal rating was even higher, but know is a 7, but not all seasons are 7
The second thing and last that I like the humour is South Park... but this one outside the humor has some incredible episodes, as far as plot goes... some really creative ones... other than that, most things are shit to me, including Friends, Family Guy, Simpsons.. but in this case of sense of humor it counts a lot the familiarity you have with the language... that's why 2 of the 5 (or something) things I can have a good time in comedy or at least admire the humour are brazilian shows... so, I suppose american people can have a better experience with their shows, and also japanese people with Gintama... but at least I understand english, so I can have a better time with stuff in english that I would if I didn't do it
So... I know Gintama is not comedy, but is the major thing in the show, so.. if Gintama turns out to be a 6 from me only in humour, I think it has enough to be a 7 generally, which would be enough for me to have a good time with the show, if the show overall remains a personal 6, it would probably not be enough for me to follow everything, because today I basically don't like much comedy, and I also don't laugh much
But I know Gintama has this kind of big connection with the universe and all, similar to what happens with The Office, and I know even the regular episodes are not all comedy, and I love the way they're developed.. there is a lot of cool and well done stuff without being comedy, a lot of serious stuff and sometimes even deep stuff (what is basically my favorite thing in a show/movie/book), and there is some episodes that was not even focused on comedy... but mostly, there is another stuff in Gintama, which bring me to my next question

What do you think about the serious arcs? I mean, if you would only rank them, what would it be? A 7? Some of them a 8? Some of them a 6?
I know you rated one movie that is a remake of a serious arc, and you give it a 7, but generally that's how they are? I mean, if there was a Gintama in another dimension with only the serious arcs, how good you think would it be? I will probably know for myself, since I am gonna watch the movie... and I probably gonna have a good conclusion and all, because is not focused on humor, so it's a lot less complicated...
Because as far as humour goes, I don't know yet what to think about Gintama or if the humour really fits in my personal taste... I mean, I have a good time, but maybe that's because Gintama in general is a good show... but I don't hate do comedy, because if I did, I would not be watching 30+ episodes this far... I think the humour is to me somewhere between 5 or 7 (7 would be the maximum), and the show would also have a 1 point extra due to all the extra factor outside comedy.