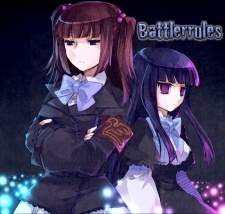 KanonDE Feb 10, 2019 4:09 AM
Took me months to answer and you probably don't even remember me, but yes Ange needs for sure more love!~

Draconix814 Oct 14, 2018 1:51 PM
Yeah it is certainly polarizing. Even titles like Berserk that are known for this kind of content didn't immediately show it in its beginning episode/chapter. This approach may have left the community divided but I don't necessarily see it as a bad thing from a story standpoint. I guess we just need to see how it pans out over the season. I have a feeling the controversy will die out somewhere along the way.

Draconix814 Oct 13, 2018 9:18 PM
I thank you for the compliment. Are you enjoying Goblin Slayer so far? There seems to be a ton of controversy surrounding it.

I'm really enjoying the anime thus far besides the lack of the awesome classical music from before. But I must say, I'm sure this one would have worked even better as a double lenght episode from the get-go, as we would get to see Wenli side properly as well. I think I understand they are going for a slower approach since they are trying not to overwhelm audiences with the cast size much like the first episodes of the OVA series most likely did for almost everybody, but not going for a full display of the battle of wits was a bit risky, now some fanboys will complain to death the "lack" of things until the next episode, and that's just kinda irritating.